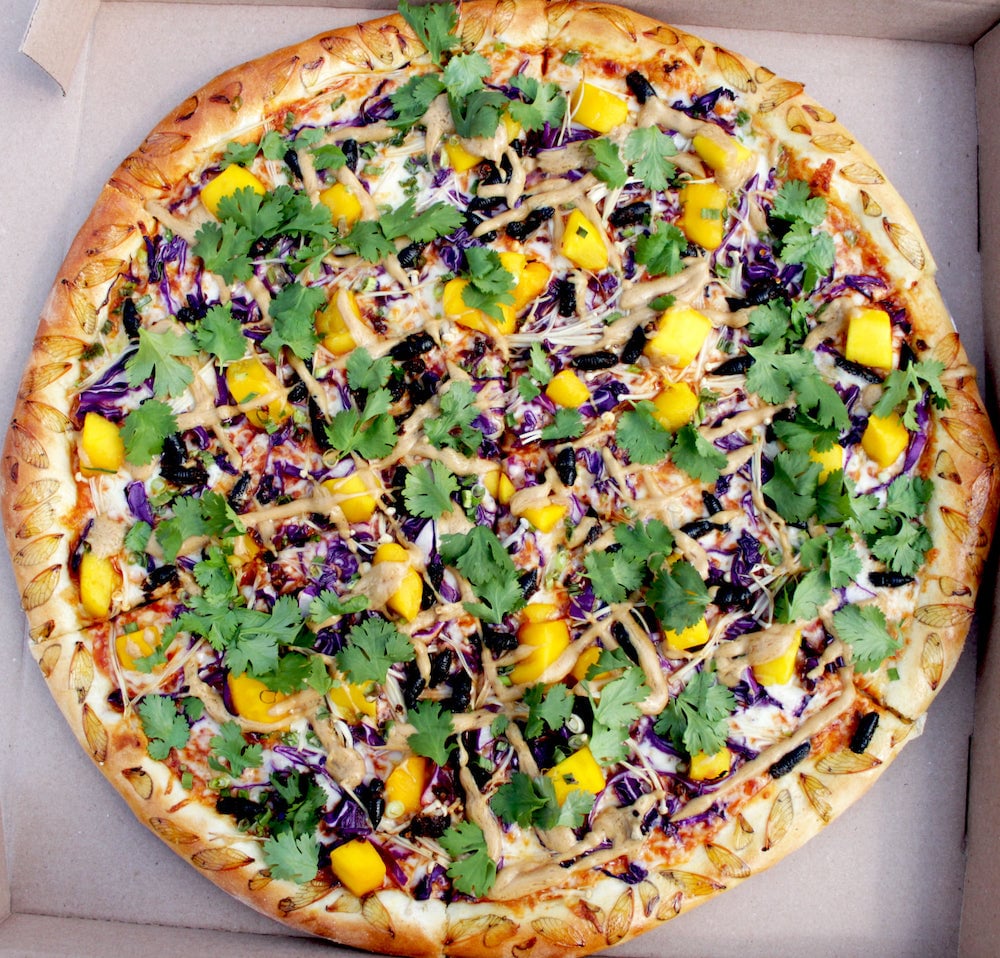 When life gives you a swarm of cicadas, make a cicada pie. That’s what The Pizza Bandit did, and the truly weird pizza earned national media coverage for the Dayton, Ohio, pizzeria, over the weekend.

For the record, the 18-inch Spicy Thai Cicada Pie, which was topped with a bunch of crunchy Brood X cicadas that have been plaguing parts of the Midwest, could not actually be purchased by Pizza Bandit customers. Instead, Pizza Bandit assembled an “expert panel” for a taste test and livestreamed it on Facebook on Saturday.

In addition to the “locally foraged” bugs, the pizza featured a miso hoisin sriracha sauce, mozz, provolone, mushrooms, cabbage, green onions, cilantro, a spicy Thai sauce and, for an added element of weirdness, pieces of mango.

“It was definitely an interesting experience,” said Pizza Bandit partner/chef James Burton, who created the pie. “I blanched [the cicadas] real quick in the water this morning. And there was a kind of weird smell that I wasn’t a huge fan of. That was pretty much the only unpleasant part, other than kind of picking the wings … and the claws and stuff. But it was fun.”

After blanching the cicadas, he also sauteed them in sesame oil, chili powder and “a couple other things,” he said.

“It’s not bad,” one of the taste-testers said. “The visual is just a problem.”

Related: Follow your nose to Fong’s for a pizza featuring Froot Loops cereal

The Facebook Live video has garnered more than 2,100 views for Pizza Bandit as well as coverage by CNN and numerous regional and national websites, along with MSNBC’s “Way Too Early” and “Morning Joe.”

“These crunchy cicadas add a heck of a note to an otherwise wonderful Thai-inspired pie,” Pizza Bandit said in a Facebook post about the pie. “Opinions of the pizza range from absolutely delicious to … well … uh … yeah…”

As CNN notes, the U.S. Food and Drug Administration has warned Americans not to eat cicadas if they are allergic to seafood, noting that the insects “share a family relation to shrimp and lobsters.”