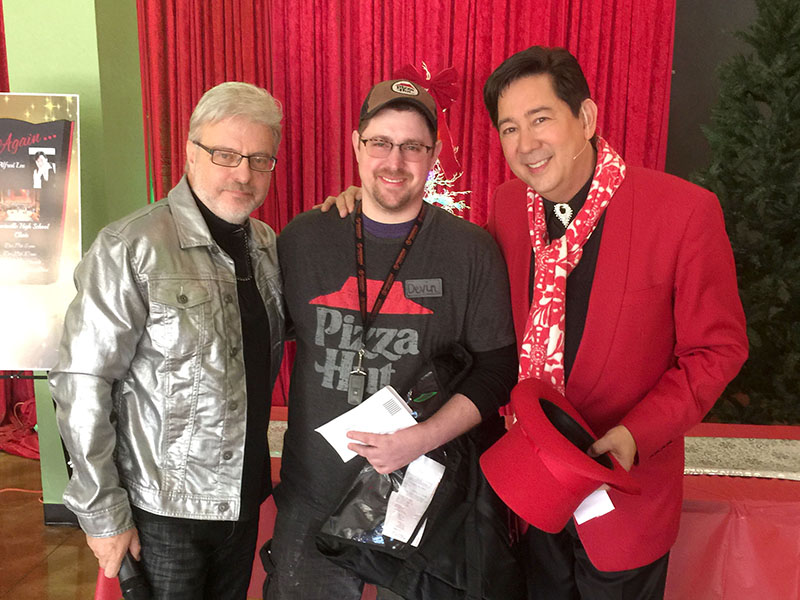 When Devin Cammack, a delivery driver for a Pizza Hut in Lewisville, Texas, was dispatched to a church in the middle of a Christmas play, he had no idea what was going on. But a miracle of sorts was about to take place.

According to WFAA.com, the play’s script called for the lead character, played by David Hira, to order a pizza. At a designated point during the performance at Victorious Life Church, Hira called Cammack on to the stage. “I sat him down and said, ‘There’s something big going on in your life—you have a life-changing event coming up.’” He then asked Cammack to share his story with the congregation.

And it was a troubling story, indeed, for the father of three. Cammack, 31, was diagnosed two years ago with end-stage heart failure and was in dire need of a heart transplant to save his life. He already has a pump implanted in his chest that handles most of the heart’s workload and must carry everywhere he goes a battery pack to keep the pump working.

After Cammack shared his story, the congregation quickly responded. “Everyone got up out of their seats and came up to us and dropped money in the hat,” Cammack told WFAA. The donations amounted to a pizza delivery tip of $1,456. 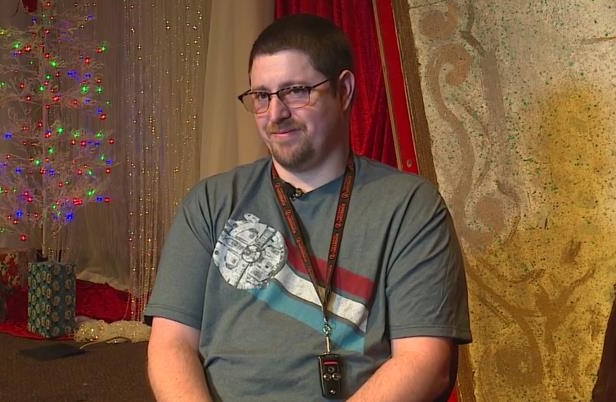 Even better, Cammack got word a few days later that he no longer needs a heart transplant because the medical treatment he has undergone is working and his enlarged heart has begun shrinking back down to a normal size.

How did Cammack end up delivering pizza to the play? It was actually part of a plan conceived by the church’s worship leader, Noel Pearce, who wrote and produced the script and wanted to encourage generosity among his congregants. According to the Lewisville Texan, the church has performed the play in previous years, and the pizza delivery person usually gets around $300 to $400 from church members. For this year’s event, Pearce called the nearby Pizza Hut’s manager to set up the order and asked if there was a delivery driver that the church could help.

The church congregation was especially touched by Cammack’s story; even members of the youth choir came out from behind the wings to donate. Senior pastor Mark Akers told the Lewisville Texan that the congregation was crying as Cammack explained his medical issues and the financial challenges he faced. “It was very powerful, very emotional,” Akers said. “Here’s a guy—we don’t know if he’s Christian. We don’t know if he goes to church. He’s just a guy with a need, and Christ came to meet our needs.”

Cammack said he used the badly needed money to pay for repairs to his car and pay his rent, giving him a little breathing room on his medical bills. “I will never forget this,” he said. “And I will never forget any of these people.”