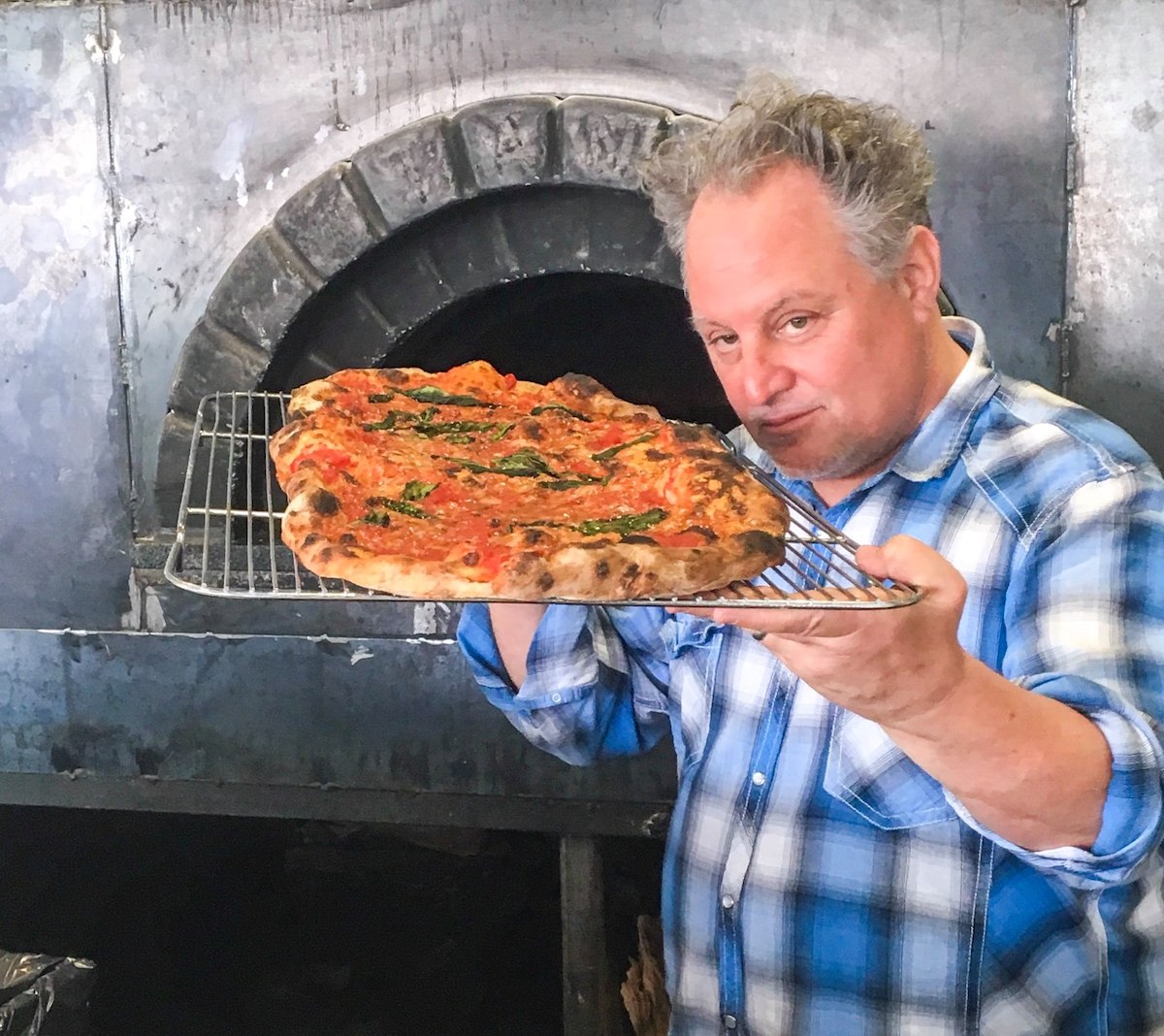 Related: This Tucson breadmaker has won the 2022 James Beard Award for baking

Talk about humble beginnings: Chris Bianco, the chef-owner behind Pizzeria Bianco in Phoenix, started out baking wood-fired pizzas in the corner of a grocery store. That was 1988, just three years after he first visited Phoenix on a free plane ticket he’d won in a contest—a ticket that could have taken him anywhere in the U.S. Why he chose Phoenix, he didn’t really know. But, as he told the New York Times in 2004, “When I got here, somehow I felt connected to this place.”

Call it a stroke of good fortune or intuition, but clearly it was the right move. In the hot, dry environs of Phoenix, Bianco—who learned to cook from his aunt and started working in a pizza shop at just 13—found a city that was primed for better pizza, the artisanal kind that he helped pioneer and turn into a nationwide movement. Now he has notched an honor to truly make his adopted hometown proud: He has been named Outstanding Restaurateur by the James Beard Foundation, the industry’s most prestigious accolade.

It’s not Bianco’s first James Beard Award; in 2003, he was the first pizzaiolo to be named Best Chef Southwest, and Pizzeria Bianco was a James Beard finalist for Outstanding Restaurant in 2020. But the Outstanding Restaurateur award is the biggie—the Best Actor/Actress Oscar of the restaurant world—and, as the Phoenix New Times reported, it’s one Bianco accepted with characteristic humility.

A day of reflection on his big win didn’t make Bianco any less modest. “I see and feel the weight of the responsibility that [the award] brings,” Bianco posted on Instagram on June 14. He congratulated the other nominees and added, “We all know that we are no better than any of you and no more [deserving]. I believe, just like eternity, the good ones eventually all end up in the same place.” 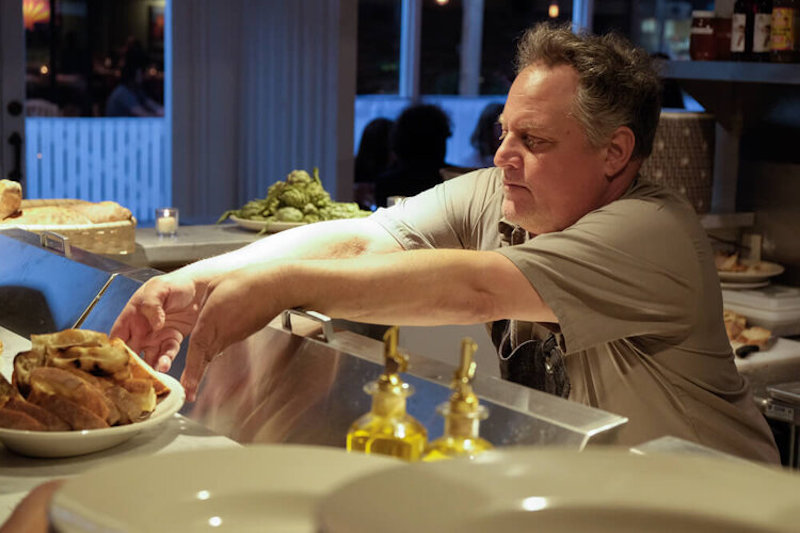 You might think that post would have been accompanied by a photo of Bianco himself with his award. You’d be wrong. For Bianco, it’s about “we,” not “me.” He posted nine photos of Pizzeria Bianco team members—the “faces of winners,” as he wrote. “I hope each and every one of them and all not pictured knows any success we have or have had is because of them [and] their hard work and commitment…from the desks of accounting to the dish pit, all and any from both sides of the pass.”

Bianco’s next Instagram post had nothing to do with his James Beard award. Instead, he sang the praises of two friends who had just opened a “jewel box” of a restaurant in Baltimore. In fact, Bianco devotes a lot of Instagram space to promoting other eateries around the country—not just his own.

Then, again, it has always been left to others to tout Bianco’s talents since he won’t do it himself. In “The Mozza Cookbook,” Chef Nancy Silverton of Pizzeria Mozza once wrote, “If there was any pizza that I did aspire to, it was a pie made by Chris Bianco, whose Pizzeria Bianco in Phoenix is a mecca for the pizza-obsessed. When I took a bite of Chris’ pizza, I was speechless. Eating it turned out to be a life-altering experience.” 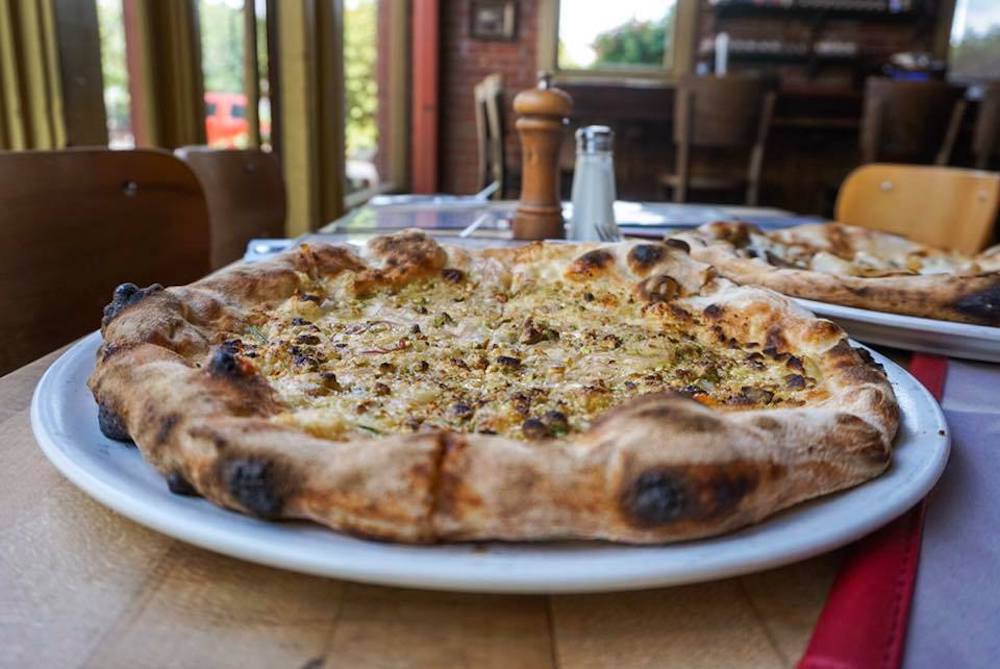 In that aforementioned New York Times piece from 2004, Ed Levine proclaimed that Pizzeria Bianco served “what just might be the best pizza in America.” He described Bianco’s crust as “simultaneously thick and thin, puffy and crisp on the outside and softer and chewy on the inside, with hole structure like great bread. His mozzarella, which he and his staff make every morning, is creamy and slightly tart. The sauce tastes like the ripest tomatoes in concentrated form. His sausage tastes of fennel and pork, with just the right meat-to-fat ratio.”

In his own book, “Pizza: A Slice of Heaven,” Levine went on to name Bianco’s pies the best in the U.S. And in 2015, a headline on Eater.com said Bianco was “still America’s best pizza maker.” Writer Bill Addison declared, “The pizza—it rewired my synapses.”

Some great artists and entrepreneurs who come from humble beginnings don’t stay humble—not even close to it. But, by all accounts, Bianco hasn’t changed much—or at all—since that New York Times story ran almost 18 years ago. “ I have invented nothing,” he said at the time. “I’m just trying to do something, one small thing, right. I’m on a mission. I have a responsibility to do something with integrity and dignity.”