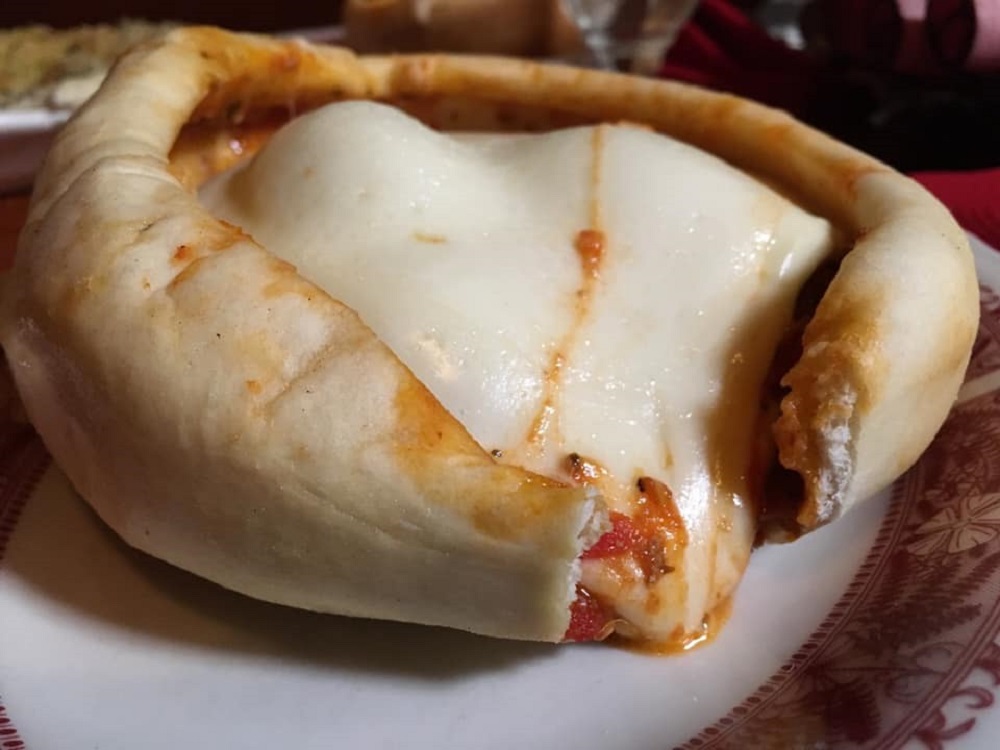 Move over, Chicago-style pizza: a Lincoln Park eatery offers the pizza pot pie, and it’s the talk of the Windy City.

Hundreds of Chicagoans will reportedly wait in line for an hour or more to try the culinary innovation, a specialty of the house at Chicago Pizza and Oven Grinder Company. It starts with a chewy triple-raised Sicilian bread dough, a housemade sauce (plum tomatoes, olive oil, garlic, onions, and green peppers) and a layer of cheeses and features prime Boston butt sausage and optional large, whole mushrooms.

After it’s cooked in a large bowl, it’s flipped over at the table by the server. The two options weigh in at a half pound and a full pound.

The pizza pot pie has earned raves from Marc Murphy, a Food Network personality and judge on “Chopped.” The Food Network’s website reports that, while Murphy had never heard of it before he first tried it, “after one bite … he instantly knew it was deserving of the title, ‘The Best Thing I Ever Ate.’ The pie layers cheese and a special sauce inside a fluffy Sicilian crust. Flip the behemoth over and then devour.”