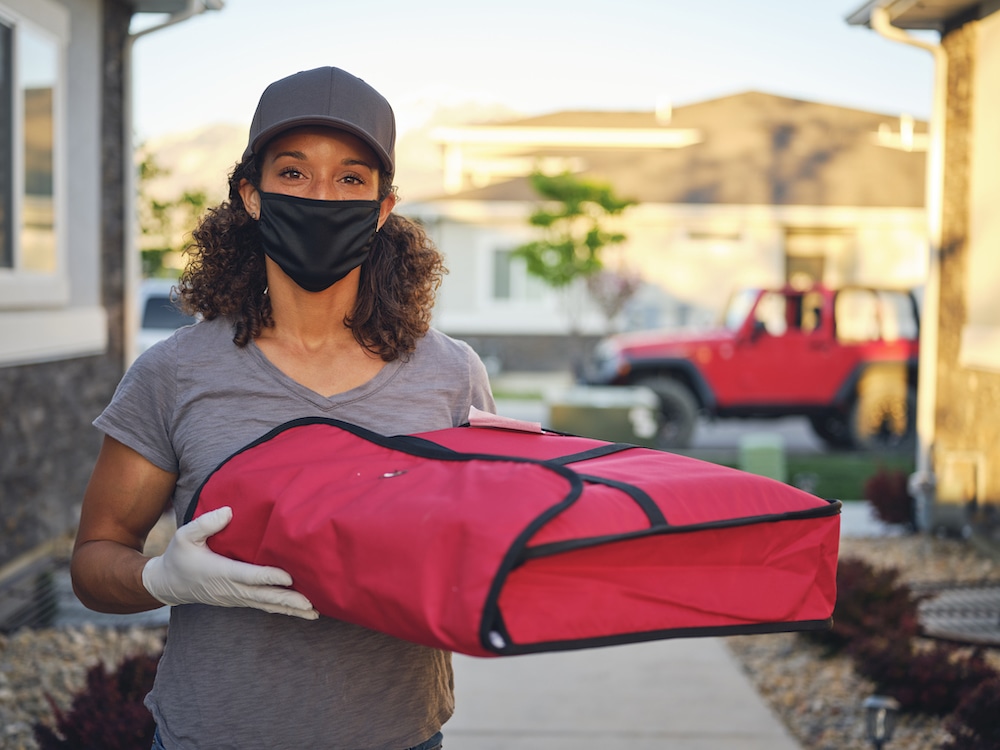 Delivery has become more important than ever for restaurants during the pandemic, but are third-party services helping or hurting?

Another major pizza city has joined the move to help restaurants cope with high third-party delivery fees during the coronavirus pandemic, although Chicago’s new rules don’t go nearly as far as those recently approved by the New York City Council or implemented last month in San Francisco.

Chicago Mayor Lori Lightfoot and the city’s Department of Business Affairs & Consumer Protection (BAPC) have instituted new rules that “will provide customers with the details they need to make fully informed purchasing decisions” when ordering food from third-party companies. Specifically, the rules require third-party platforms like Grubhub and DoorDash to provide customers with an “itemized cost breakdown of each transaction, including the menu price of the food, any sales or other tax, delivery charge and tip, and any commission or service fee paid by the restaurant to the third-party delivery company.”

Related: What if restaurants banded together to cut out third-party delivery platforms?

Lightfoot and BAPC Commissioner Rosa Escareno appear to be treading carefully in a document that introduces the new rules. It notes that “a diversity of third-party delivery services and companies encourages competition and innovation in the marketplace. However, third-party delivery companies offer a diversity of fee structures to the restaurants whose products they deliver … these structures and fees may not be obvious or transparent to consumers.”

Consumers have an interest in understanding how third-party service fees impact their favorite local restaurants, the document goes on. As the pandemic continues to hurt the restaurant industry, consumers want to know “how much of their money is going to the local business as opposed to other entities. Given the choice between carry-out, delivery by the restaurant, or delivery by a third party, the consumer may wish to choose the method that maximizes the amount of the consumer’s money that is retained by the local restaurant.”

Under the new rules, third-party services must inform customers about all charges and fees involved in the order “before a transaction occurs … [and] in plain and simple language and in a conspicuous manner.” This includes:

All of the above information must also be included in the printed receipt for each order.

“Diners deserve to know exactly how much of their money is going to a third-party delivery service when they use those platforms to order from their favorite local restaurants,” said Sam Toia, CEO of the Illinois Restaurant Association, in a statement about the new rules. “These rules are a step in the right direction to bring much-needed transparency to the food delivery space and help customers make educated decisions to further support restaurants throughout Chicago’s 77 communities.”

Even so, Chicago’s new policy doesn’t go nearly as far as legislation recently approved by the New York City Council. That bill, which Mayor Bill de Blasio has promised to sign, limits third-party delivery companies to charging restaurants 15 percent for deliveries and 5 percent for taking orders. It also prohibits third-party platforms from charging a fee for taking phone calls that don’t actually result in food orders from the restaurant.

As the Chicago Tribune reported last month, Chicago City Council member Scott Waguespack introduced a much tougher ordinance that would have capped third-party delivery fees at 5 percent per order and required that any service fees be paid to delivery drivers. That bill was never approved.

San Francisco, meanwhile, has also instituted a temporary cap of 15 percent on third-party delivery commissions charged to restaurants. The cap is expected to remain in place until the city’s restaurants can resume offering dine-in services.

“The high commission fees being charged to our businesses remain unchanged and that cannot continue as every dollar can mean [the difference between] staying open or laying off more staff,” said San Francisco Supervisor Ahsha Safai, a supporter of the new protections, in a statement. “For San Francisco’s rich network of mom-and-pop restaurants to survive, it’s imperative that we move more aggressively.”

Supervisor Aaron Peskin’s official statement was more pointed. “These corporations have refused to adjust their fees and are profiting immensely off a public health crisis while restaurants and their employees are suffering,” he said. “They are trying to undercut responsible regulation in the midst of this emergency while also denying worker demands for basic safety gear, hazard pay and adequate sick leave.”

However, one third-party company has, in fact, cut its commission fees. On April 13, DoorDash slashed its commissions charged to all local restaurants in the U.S., Canada and Australia by 50 percent, effective through the end of May. That was a generous move compared to Uber Eats’ announcement this week that it would reduce its commission fees from 35 percent to 30 percent—and only in Australia.

Meanwhile, Grubhub announced in mid-March that it would temporarily forego $100 million in marketing commission fees charged to independent restaurants for appearing on GrubHub’s platform. But as Eater.com noted, the restaurants will eventually have to repay the deferred commissions. Meanwhile, they must still fork over the standard fees for deliveries and order processing while also agreeing to retain Grubhub’s delivery services for one year after signing up.