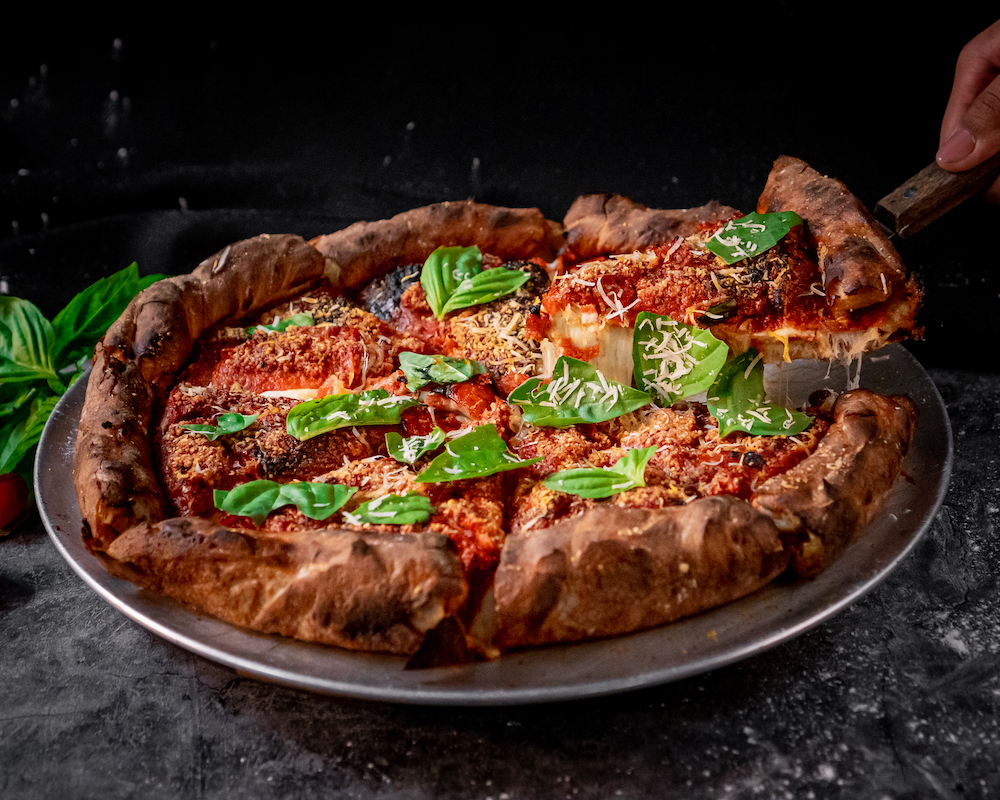 If you want to explore the world of Chicago pizza in a serious way, you’ll want to talk to Jonathan Porter first. The founder of Chicago Pizza Tours, Porter is the pizza insider extraordinaire of the Windy City, the guy who can tell you not just where to go for the best pies but how the city’s most famous shops and styles got started—plus a little juicy gossip about their colorful founders and the rivalries between them.

For non-Chicagoans attending the upcoming National Pizza and Pasta Show, taking place August 23-25 in Rosemont, Illinois, Porter’s tour should not be missed. But even if you live in Chicago or have visited many times, you’ll probably learn something. Porter is a living, breathing encyclopedia of Chicago pizza knowledge—and a nice guy, too!

Chicago Pizza Tours will be a featured exhibitor at the National Pizza & Pasta Show, and Porter himself will head up a seminar covering the city’s different styles, including tavern-style, deep-dish and stuffed crust. But most importantly, he’ll personally lead a guided bus tour leaving straight from the event on Wednesday, August 24.

Stops on the four-hour pizza tour will include:

Pizzeria Uno O’Hare—Pizzeria Uno is the oldest name in deep-dish pizza and the true originator of the style that most pizza lovers associate with Chicago.

Moretti’s Rosemont—Family-owned for more than 30 years, Moretti’s serves up that award-winning, crispy, thin-crust tavern-style pizza that most Chicagoans actually prefer (deep-dish is mostly for special occasions).

Pizza Boy Chicago—Carlo Bertoli was Porter’s local pizza-maker and recently opened his own shop on the north side of Chicago. “He’s killing it with his tavern-style and pan pizzas,” Porter notes. “Maybe we’ll get some dessert as well.”

Tickets are $125, which includes food and transportation to and from each location. Just hop on the bus, relax and get ready for a feast. However, seats are limited, so it’s important to reserve your tickets online.