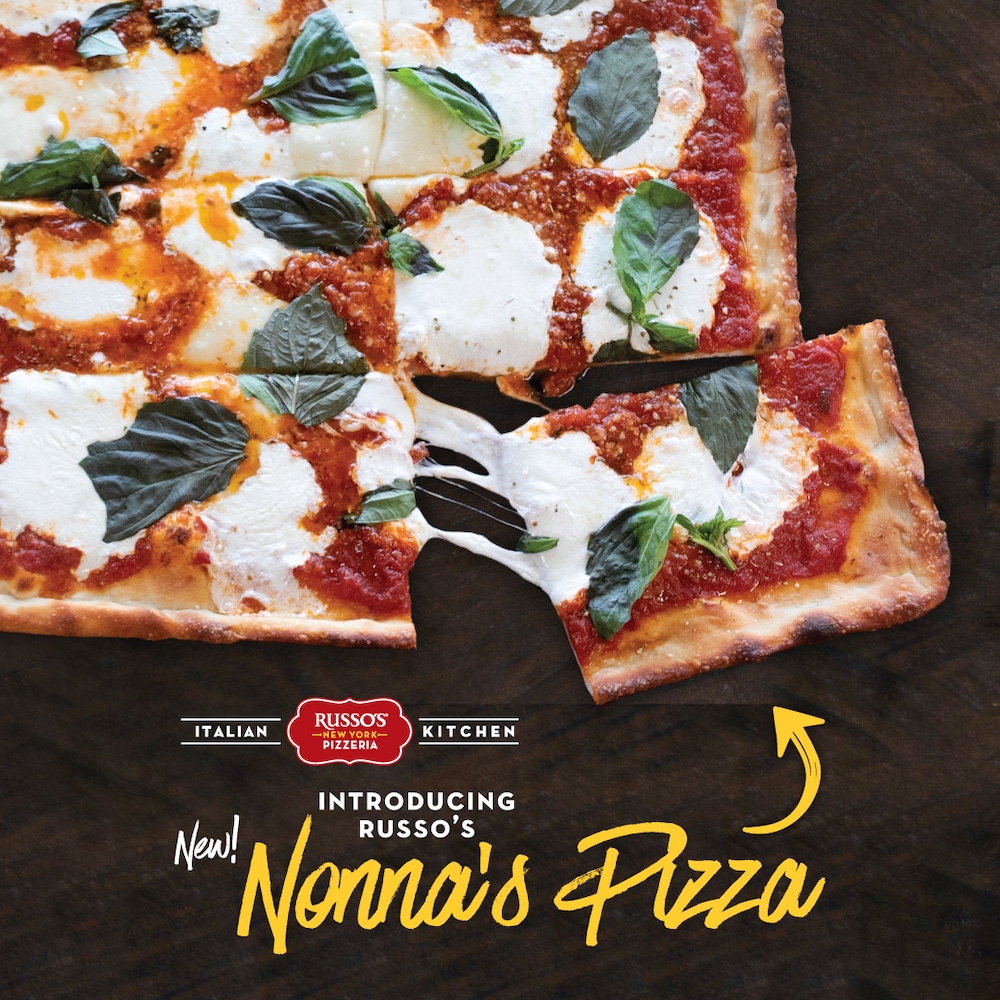 Nonna’s Pizza, also known as a Grandma’s Pie, reportedly originated on Long Island before spreading to the greater New York area. Now it’s heading west, thanks to Chef Anthony Russo, who has introduced it at several of his restaurants in Texas.

Nonna’s Pizza, as Russo describes it, is a rectangular pizza cooked in an olive oil-coated pan. Traditionally, the pizza is covered in a thin layer of mozzarella cheese and then topped with fresh tomatoes. In many cases, the mozzarella is placed directly on the dough and then covered with sauce. The dough is quickly stretched on the pan, giving it little time to rise before baking in the oven, resulting in a thinner, crispier crust, according to Russo, the founder and CEO of Russo’s New York Pizzeria.

Nonna’s Pizza brings back fond memories for Russo, who grew up in New Jersey and worked at his family’s restaurant, Russo’s Italian, at the Jersey Shore each summer. Fittingly, he says his own grandmother made the pie for him.

“This was our go-to pizza growing up,” he says. “We used to have it for dinner every Sunday night at Grandma’s house. She used to use fresh marinara sauce and fresh-made dough left over from her bread recipe. Grandma would place the dough on the square pan, then top it with marinara sauce, fresh basil and fresh mozzarella cheese. We are very excited to be one of the first pizzerias to bring Nonna’s Pizza to Texas.”

The Nonna’s Pizza is available at participating Russo’s restaurants for a limited time for pick-up and delivery for $16.