Can This New Cheese Culture Give You Full Control of the Browning Process? - PMQ Pizza Magazine 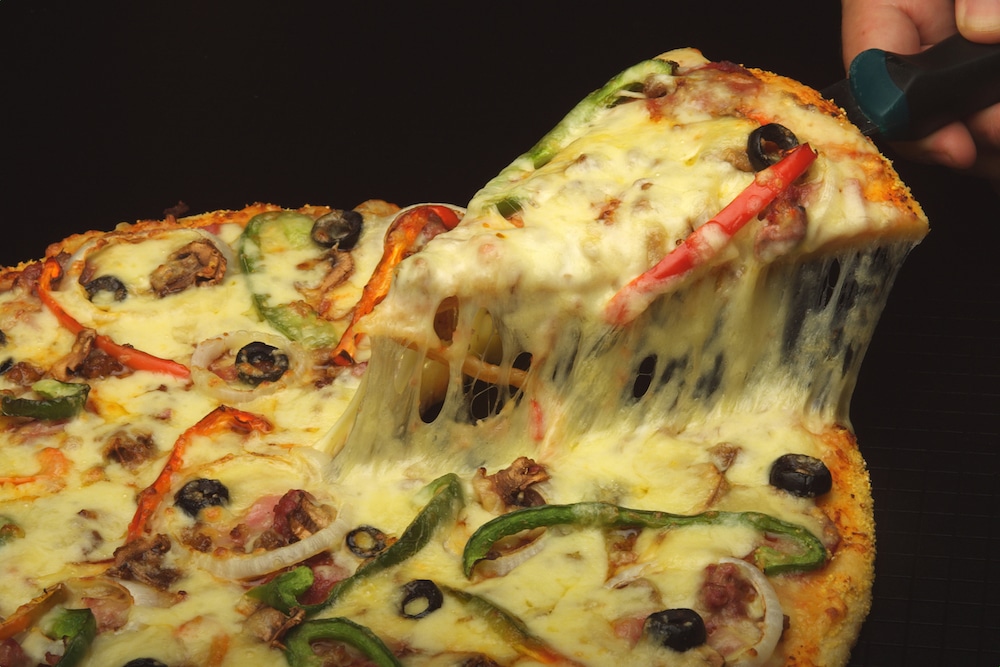 Global bioscience company Chr. Hansen, headquartered in Denmark, says it has developed a new culture for pizza cheese that allows a tailored level of browning, plus a new coagulant that can help pasta filata makers produce higher volumes of mozzarella.

Pasta filata is a technique for making stretched- or pulled-curd cheeses with a moist, elastic texture. Their trademark feature is an excellent cheese stretch, making them the quintessential cheeses for pizza. In addition to mozzarella, other pasta filata cheeses include provolone and Oaxaca.

“As foodservice pizza continued its aggressive growth, we embarked on a journey nearly two decades ago as we sensed the global craving for pizza was outpacing per-capita cheese consumption,” Chr. Hansen explains on its website. “As a result, Chr. Hansen launched a series of high-yielding cultures and enzymes with the intent to offer pasta filata makers the ability to increase cheese volumes and maximize milk efficiency through natural solutions while keeping intense focus to protect downstream whey fractionation processes.”

The company developed its F-DVS Pure Appeal cheese culture to allow greater control of the browning process. It can reduce the degree of browning by up to 100 percent, allowing pizza makers to achieve a predictable appearance with every pie. The culture also protects the cheese from yeast and mold spoilage throughout the supply chain, Chr. Hansen says.

Predictable cheese performance and appearance are critical but hard to control, and browning is a particularly vexing problem, Tony Salvador of Chr. Hansen told The Dairy Reporter. That’s because of the need to speed up baking time for delivered pizzas, which means baking at a higher temperature, potentially leading to burned cheese.

Chr. Hansen also says it has developed Chy-Max Supreme, described as “the newest, most precise and superior coagulant” on the market. Thanks to “a small but crucial change to our Chy-Max enzyme,” the company says it can help cheesemakers get more cheese from their milk. Chy-Max Supreme can increase their yield by 1 percent over the leading coagulant while delivering faster and more precise production and better slicing and grating. A 1 percent yield increase equates to producing 1.1 ton more cheese per 1 million liters of milk, which can “satisfy the yearly cheese consumption of 77 European consumers,” the Chr. Hansen website says.

Faster coagulation also means it can take less time—five to 10 minutes per vat—to produce the cheese, the company says. “It’s a small change in the coagulant that can make a truly big difference, enabling fast and precise coagulation for the most efficient production.”