Charc Attack: How to Add Charcuterie to Your Pizzeria's Menu - PMQ Pizza Magazine 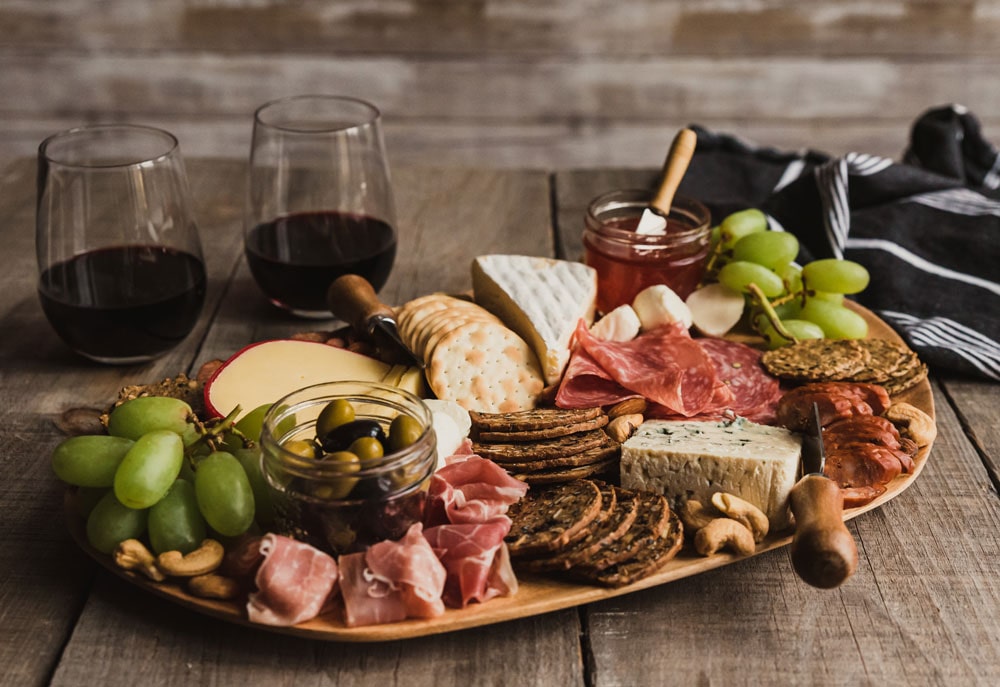 For Michael Sohocki, chef and owner of San Antonio-based Restaurant Gwendolyn (owner of Il Forno Pizzeria), charcuterie is more than an array of cured meats and accompaniments—it’s an artful way of honoring the culinary roots of humankind. “Our cultural identity was formed by limitations, so before there was refrigeration or international food distribution, people worked with the land to preserve what we had,” Sohocki says. “As we exchange those methods for consumerism and convenience, we lose touch with those traditions.”

In essence, charcuterie taps preservation techniques of olden times, including salting, brining, curing and smoking. “Charcuterie (the French term) and salumi (its Italian counterpart) are items made from preserving pork products, such as sausages and cured hams,” notes Lisabet Summa, culinary director and partner at Big Time Restaurant Group in West Palm Beach, Florida, which oversees seven brands, including Italian concepts Louie Bossi’s and Elisabetta’s. “But there are also some non-pork charcuterie products, like bresaola (beef), or those made with boar or goat.”

“[Charcuterie] is one of the most popular starter items for customers to share with a glass of wine. It gets the meal going, even before ordering appetizers.”

The Art of Charcuterie

At North Italia, based in Calabasas, California, with 23 locations nationwide, charcuterie is the art of preparing meat products such as prosciutto, salami or ham, then pairing them with a variety of cheeses and other items to add a host of sweet and savory flavors. “Generally, when served in a restaurant, charcuterie is presented as an appetizer on a board or as a happy-hour item to go with cocktails,” says North Italia brand chef Carlos Calderon. “Our modern Italian eatery is famous for its artisanal, handcrafted cuisine, so we offer a Chef’s Board, our version of charcuterie.”

About six years ago, chef Louie Bossi from Big Time Restaurant Group caught the charcuterie bug, noticing that big-city restaurants were increasingly cashing in on the popularity of meat and cheese boards. He decided to focus on in-house preparations that could grace boards in his own concepts—not only cured meats, but pickles, olives, jams, honeys and mustards to complement the meats and cheeses. “Now, it’s one of the most popular starter items for customers to share with a glass of wine,” Summa reports. “It gets the meal going, even before ordering appetizers.”

“Find one trustworthy base recipe for something simple, like a salami, and experiment with that one thing. With that one base recipe, make a bunch of variations on that single theme until you achieve the perfect feel, look and weight.”

At Louie Bossi’s, one or two meat items are made in-house, supplemented by domestic artisanal meats and Italian imports of delicacies like prosciutto. The plates proved so popular, the restaurant couldn’t keep up with demand by making everything in-house, but some meat preparations are easier than others—for example, cuts such as guanciale (pork jowl meat) or duck breasts (to make a duck ham) are smaller and enable a faster drying process. Bigger meat slabs, such as prosciutto, require much more space as well as a one-year curing process, so they are outsourced. Summa notes that in-house preparations demand much less in terms of food cost while requiring much more work in terms of time and staff dedication.

However, Summa’s staff has been quick to jump on board with the in-house prep process. “They love to watch the transformation in our food chambers, which are monitored for pH and temperature during the drying process,” Summa says. “It’s a fun learning experience for many chefs, and it really underlines these traditions for them. It imbues the entire staff with such a sense of pride.”

For Sohocki, the charcuterie process is elevated to an art form. He even created a show-and-tell and educational experience out of the idea—Charc Week, which has been going strong in San Antonio since 2010. During the weeklong event, curious chefs and culinary instructors alike receive in-depth education in advanced classes like “Denaturing With Salt” and “The Biology of Vinegar.” Meanwhile, for customers, local restaurants offer charcuterie plates at a set price, with the understanding that they include at least four housemade meats, and the entire event benefits the local food bank.

Despite his passion for charcuterie, Sohocki’s advice for those just starting out will put a newbie at ease: Don’t be intimidated by technicalities. “Find one trustworthy base recipe for something simple, like a salami, and experiment with that one thing,” he advises. “With that one base recipe, make a bunch of variations on that single theme until you achieve the perfect feel, look and weight. Trust your gut—you’ll develop the skill more through repeating it.”

Once you have your meat prep down pat, experiment with how you can best complement it on a plate or board for guests. “Classically, you start with meat and cheese and build from there—salty, with something sweet; heavy, with something lighter,” Calderon explains. “I’ve seen pretty much everything on a board, but sometimes less is more, so it’s important to be intentional about what you put on it.” At North Italia, for example, the prosciutto can be salty, so Calderon offsets that with something sweet, adding figs so that the tastes complement each other. “The goal is to tell a story and think about how your accompaniments add to the features,” Calderon adds. “You don’t want there to be too many options or ingredients that don’t pair well. The trend is swinging back to simplicity.”

At Louie Bossi’s, meats get paired with olives—three to four types that are marinated in a mixture of olive oil, fresh thyme, garlic, orange peel and fennel seeds for boosted flavor. For crunch, chefs add a side of grissini (long, hard breadsticks) or sliced crostini infused with a mix of either walnut-raisin or olives. Giardiniera, or pickled vegetables, adds additional crunch, salt, spice, tang and color. Roasted sea-salt marcona almonds and black truffle honey provide salty and sweet counterparts.

Sohocki also finds that accompaniments can make excellent use of kitchen extras that may otherwise be thrown away. In addition to dried fruits stewed in white wine, sugar and spices, he may create chutneys, jams, preserves, pickles or marmalades to repurpose leftovers. For example, juiced lemon rinds can feature in a jam, or peach pits and skins can be cooked down with sugar for a preserve.

Finally, to reap maximum profits, keep your audience in mind—and don’t be afraid to experiment. For Calderon, the goal is always to create a balance with the items presented. When creating a board, he makes sure to combine different flavors, present pairings with wine or a cocktail and suggest the item as an appetizer to share. “All of the cured meats make great talking points for your guests,” he adds. “It’s a really great opportunity to walk them through the board and allows you to seem like an expert on the subject.”

Our experts share a few additional tips for making the most of charcuterie, from meat preservation to plating:

“Keep food safety regulations in mind, and be able to explain your processes to health inspectors. Be ready to show and record how you keep preparations safe by monitoring critical control points. And, personally, I like to put something ‘scary’ on the plate, like blood sausage. It threatens people’s ideas of ‘normal,’ but hey—chickens have feet. Pigs have bones and ears. When you buy everything boneless, skinless, etc., you delete the story of the animal. But, if you eat animals, I think you need to come to grips with that reality.” —Michael Sohocki, chef and owner, Restaurant Gwendolyn/Il Forno Pizzeria, San Antonio, TX

“Served at room temperature, with the right wine and accouterments, charcuterie is a great way to eat pork. You have to start with a really great product to get the best results, so we use only heritage breeds of pork—it makes a [dramatic] difference with salumi products. We also have our dry curing chambers on display in the restaurant so customers can see it, and our servers love explaining to guests everything that we make in-house. And you can cross-utilize those cured meats on pizzas, too!” —Lisabet Summa, culinary director and partner, Big Time Restaurant Group/Louie Bossi’s, West Palm Beach, FL

“Personalize and cater to your audience, but play to their preferences, according to your menu. The most important thing to consider is how it will be used by your guests—are they snacking light, or do they want something heavier? If it’s a shared starter, like our Chef’s Board at North Italia, you want a variety of items for all palates that’d be best enjoyed over conversation.” —Carlos Calderon, brand chef, North Italia, Calabasas, CA 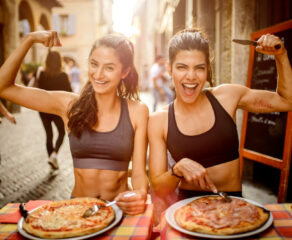