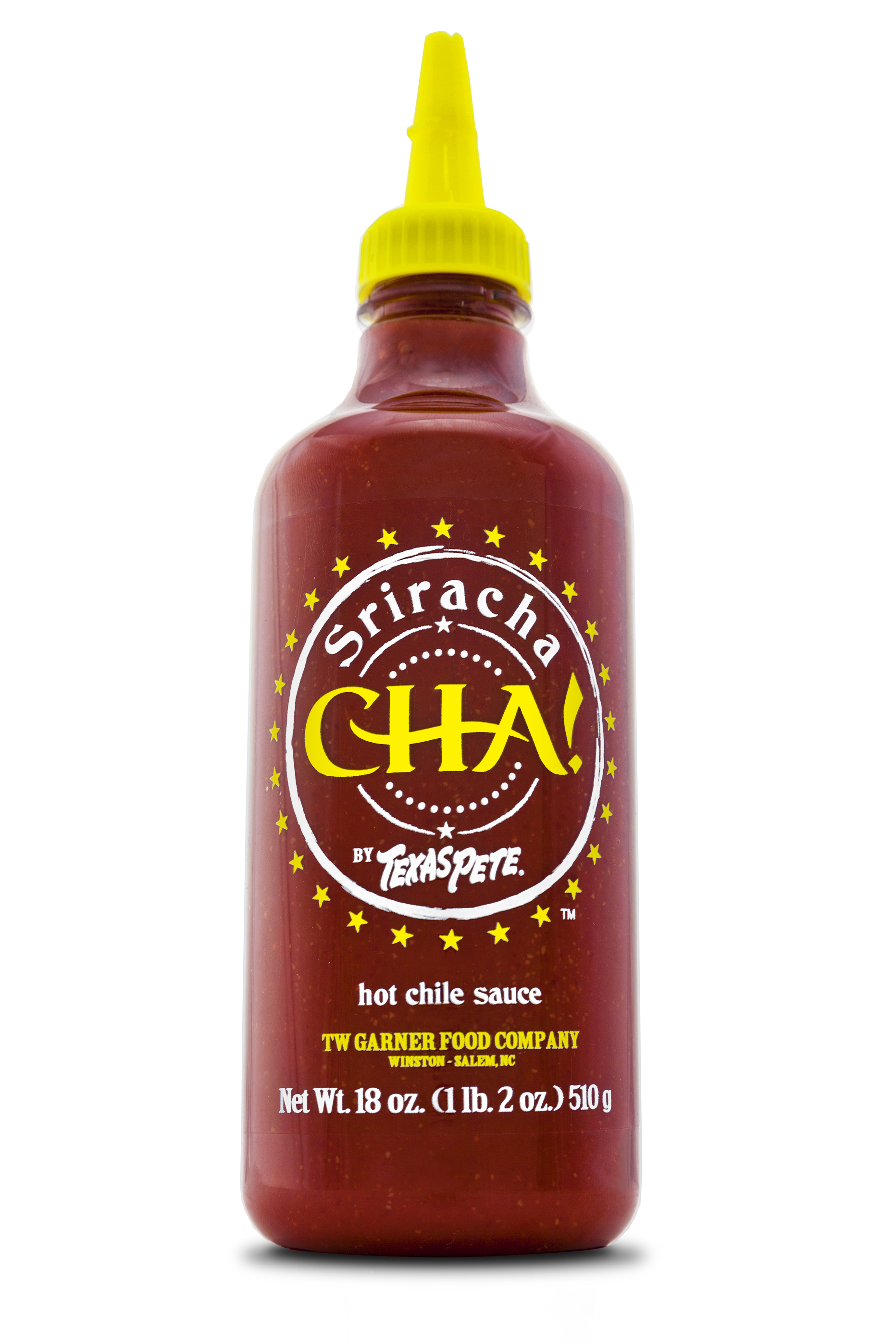 “TW Garner has an 85-year history of being a preferred hot sauce provider to foodservice under its Texas Pete® brand,” explains Steve DeCorte, the company’s General Sales Manager. “Consistent flavor with fewer preservatives and a new, affordable price will make CHA! by Texas Pete® the new favorite sriracha sauce of foodservice operators.”

“For those who have yet to discover the versatility of sriracha sauce, CHA! by Texas Pete® can be one of their most important flavor discoveries in 2014.”
Michael O’Donnell
Corporate Executive Chef
TW Garner Food Company

“We’ve all witnessed the growth of sriracha sauce over the past decade within almost every cuisine,” says Michael O’Donnell, TW Garner’s Corporate Executive Chef and National Accounts Manager. “CHA! by Texas Pete® is out to capture a significant share of the foodservice market.”

The sriracha sauce was developed to match the existing flavor, consistency and color of other popular sriracha sauces so that chefs could easily make the switch without altering their recipes. The CHA! by Texas Pete® formula also has fewer preservatives than the leading brand.

“For those who have yet to discover the versatility of sriracha sauce, CHA! by Texas Pete® can be one of their most important flavor discoveries in 2014,” said O’Donnell. “The bold, balanced flavor of our sriracha sauce is perfect for any daypart in any segment on almost any menu item.”

Named for a coastal city in Thailand, sriracha sauce’s early positioning as an Asian sauce has evolved over time into a hot sauce flavor that can add its unique taste to almost any cuisine. Launched originally in small Asian restaurants in southern California, the growth of the flavor has become a major trend for 2014.

“TW Garner Food Company will help operators ride the wave of consumer demand with quick and easy recipes that complement a variety of menus,” says O’Donnell. “From drizzling sriracha across a center-of-the-plate item, to adding one or two ingredients for a unique, signature sauce, we will offer culinary support no other sriracha sauce manufacturer currently offers.”