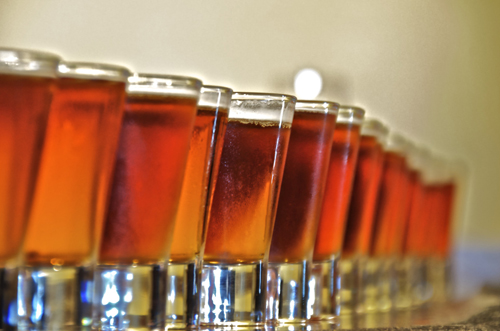 The Brewers Association has declared American Craft Beer Week (ACBW), a celebration of U.S. small and independent craft brewers. ACBW is an exciting opportunity for craft brewers to commemorate their art and tradition with enthusiasts across the country. From May 11-May 17, all 50 states will be holding events including exclusive brewery tours, special craft beer releases, food and beer pairings, tap takeovers and more to celebrate the ever advancing beer culture in the United States. Visit the official American Craft Beer Week event calendar, on CraftBeer.com, for a full – and growing – list of local celebrations.

Celebrated since 2006, ACBW provides craft beer fans across the U.S. the chance to support their local brewery and, allows breweries and beer businesses the opportunity to connect with beer lovers. Tens of thousands of beer beginners, beer enthusiasts and beer geeks toast the week each year.

In 2014, more than 60,000 beer lovers across all 50 states were also part of the ACBW Facebook Community. With 3,200 craft breweries now open, more styles to choose from and the continued growing popularity of craft beer, this year’s event is expected to be bigger and better than ever

The Brewers Association is the not-for-profit trade association dedicated to small and independent American brewers, their beers and the community of brewing enthusiasts. The Brewers Association (BA) represents more than 70 percent of the brewing industry, and its members make more than 99 percent of the beer brewed in the U.S. The BA organizes events including the World Beer Cup®, Great American Beer Festival®, Craft Brewers Conference & BrewExpo America®, SAVOR℠: An American Craft Beer & Food Experience, AHA National Homebrewers Conference, National Homebrew Competition and American Craft Beer Week®. The BA publishes The New Brewer magazine and its Brewers Publications division is the largest publisher of contemporary and relevant brewing literature for today’s craft brewers and homebrewers.

Beer lovers are invited to learn more about the dynamic world of craft beer at CraftBeer.com and about homebrewing via the BA’s American Homebrewers Association. Follow us on Twitter.