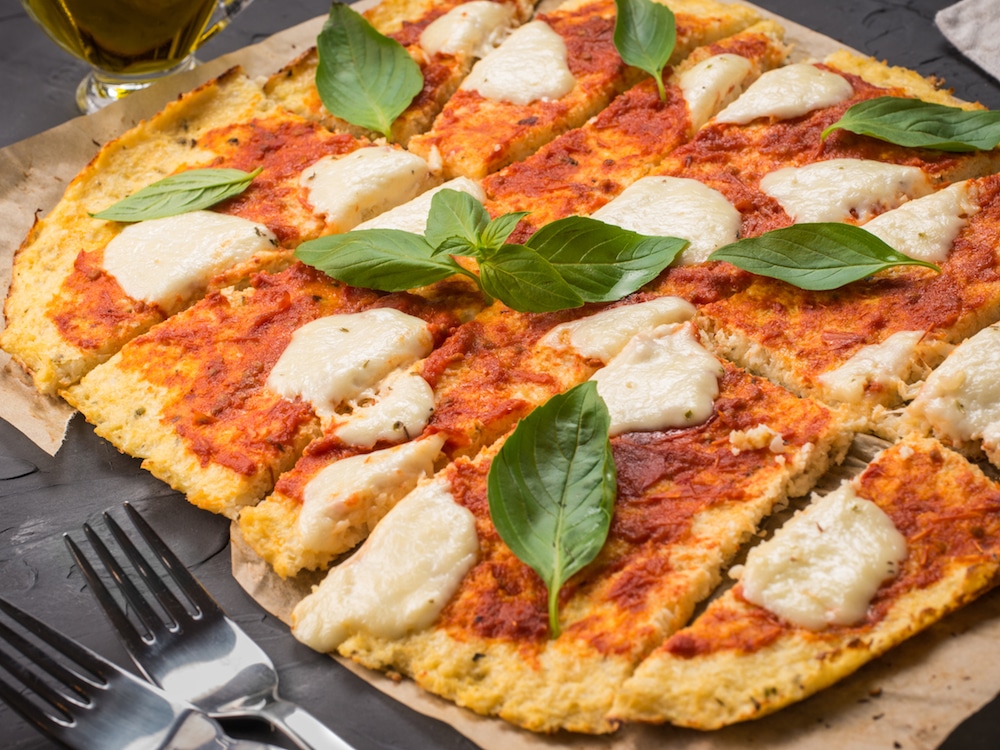 The demand for cauliflower pizza soared in 2019, making it the Top Food of the Year, according to Grubhub’s annual “Year in Food” report.

Ranked No. 7 among the top foods last year, cauliflower pizza rose in popularity by 650 percent to claim the No. 1 slot in 2019, Grubhub found. The third-party online ordering/delivery company analyzed tens of millions of orders placed by 21 million diners on its platform to identify the flavor profiles that are rising up the ranks among today’s consumers.

The study also found that vegan food orders rose 27 percent in popularity overall in 2019 as compared to the previous year. Specifically, the Impossible Burger, featuring plant-based meat, increased in popularity by more than 200 percent. The study ranked Impossible Burger’s product as the No. 1 meat-alternative option for 2019, followed by Black Bean Burger, Tofu, Mushroom Burger and Jackfruit.

“One thing is clear,” Grubhub noted in its ranking of the top orders of the year. “Plant-based foods are here to stay, with a majority of 2019’s top foods comprising of vegetarian and vegan-friendly options.” The list of foods rising in popularity includes:

Meanwhile, Yelp declared 2020 to be “the year of cauliflower” in a Dec. 4 blog titled, “The Top 10 Food Trends to Look for in 2020.”  As Brenae Leary, Yelp’s public relations manager, explained in the blog, Yelp scoured its extensive review data to compile “a list of words and phrases that were rising the fastest and most significantly between 2018 and 2019 in terms of percentage of users who were mentioning them. From the candidate trends, we narrowed the list down to those whose mention rate over the last three years was most indicative of future growth to help predict what Yelpers will be eating in 2020. Finally, we consulted with Yelp Trend Expert Tara Lewis and scoured the menus of our favorite restaurants to determine the hottest food trends of the year.”

In the blog, Yelp identified cauliflower as a “healthy-swap comfort food.” Leary wrote, “People are increasingly searching for healthy swaps for their favorite comfort foods—cauliflower mashed potatoes and cauliflower pizza are just two of the creative dishes we’re seeing added to menus and searches.”

Other trends catalogued by Yelp include:

Elevated breakfasts, such as souffle pancakes and cinnamon swirl pancakes

Flavor-infused drinks and dishes, such as extracts of Chrysanthemum and Butterfly Pea Tea in cocktails and foods

Ube, a purple yam from the Philippines, which is now “popping up in everything from ice cream sandwiches to donuts to pies”