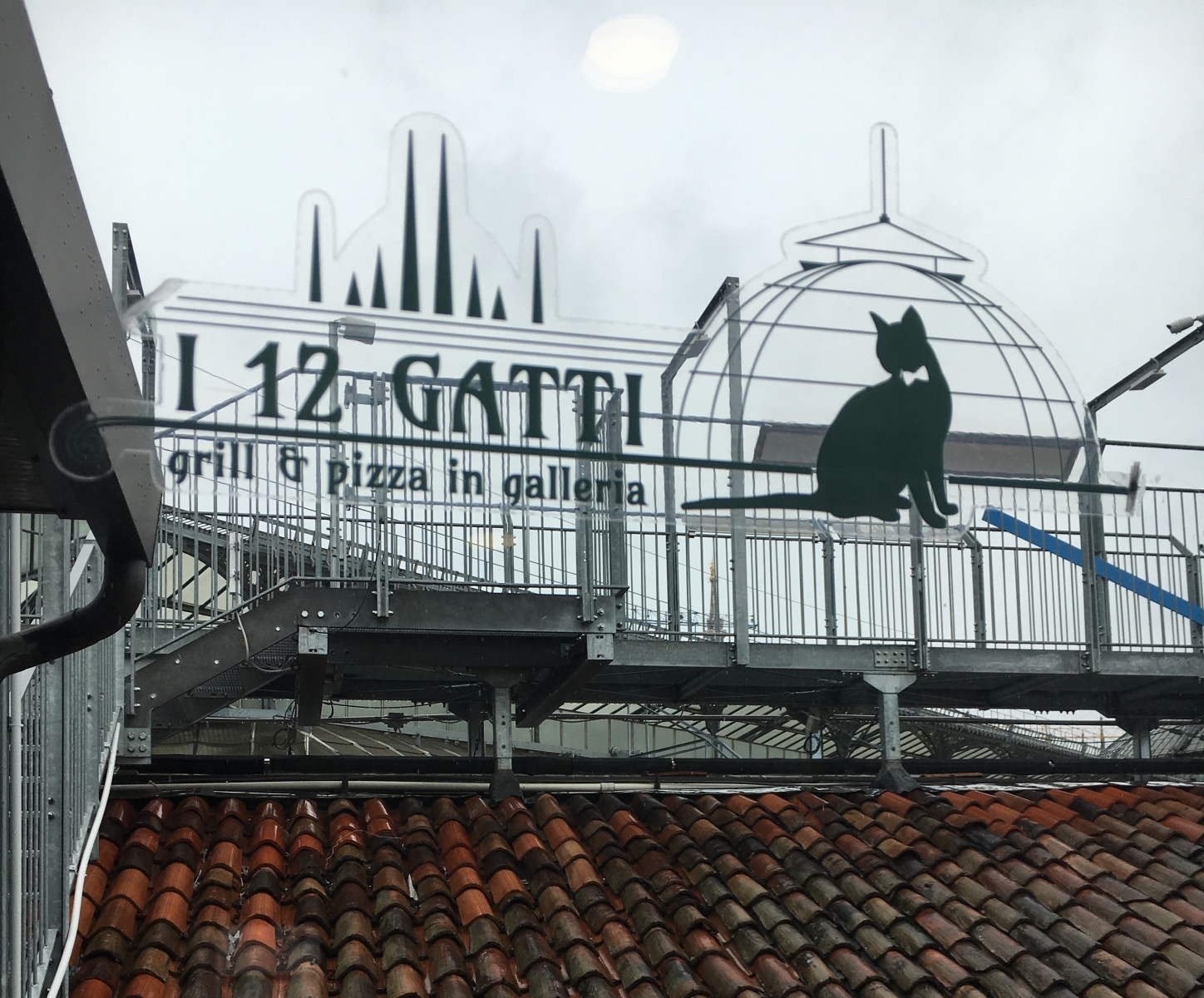 It’s easy to get lost looking for pizzeria I Dodici Gatti (The Twelve Cats) in Milan, Italy. It is located just at the end of the magnificent Galleria Vittorio Emanuele II, built in the late 1800s. But unless you know where you’re going, you wouldn’t think to tread down an unmarked hall near the entrance of the Museo Nazionale della Scienza e della Tecnologia Leonardo da Vinci. I Dodici Gatti is tucked away behind a fast-paced and graffiti-laden city, like so many of Milan’s gems.

Placemats in the restaurant tell the Twelve Cats' origin story: “Once upon a time, there was an old woman who lived in one of the attics of the Galleria Vittorio Emanuele II,” at the top floor of Milano’s oldest active shopping mall. The civilians knew her because she fed the pigeons “and her pair of black cats that roamed free on the rooftops. The day when the old woman, too lonely and too old to continue to live up there, left the attic, the cats remained.” Since her departure, the cats have multiplied and today there is a colony of 12 cats – all black, like the original two. The 12 cats are protected by the City Council of Milan, animal associations, and I Dodici Gatti because according to the pizzeria “a roof without cats is anonymous.” 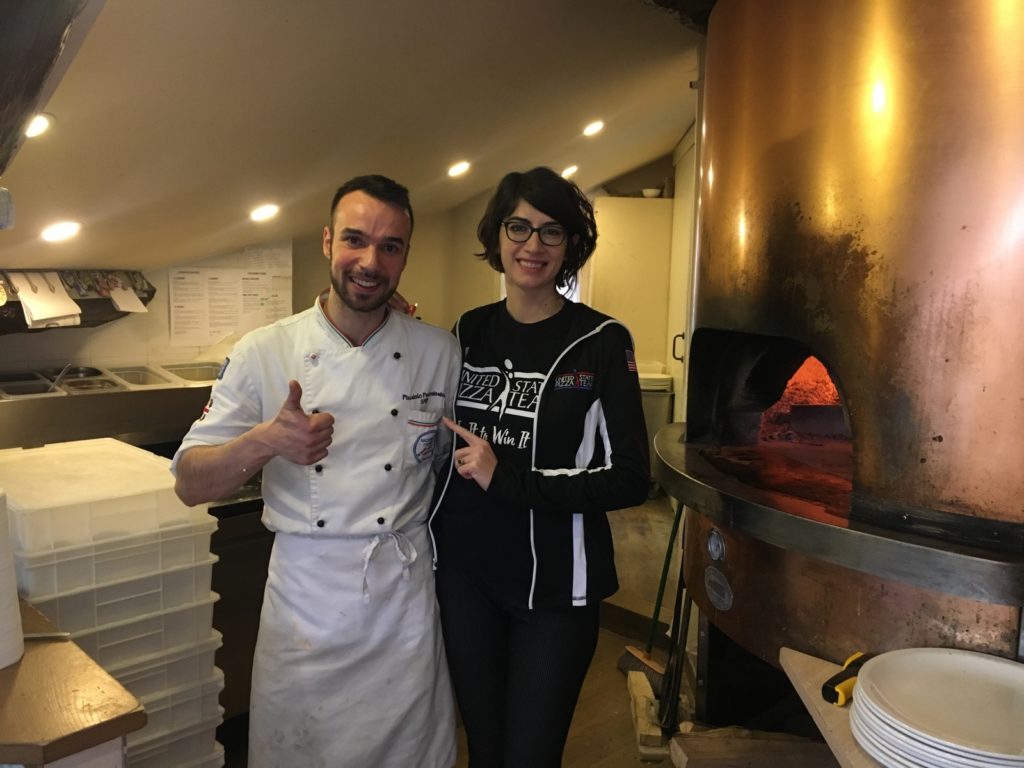 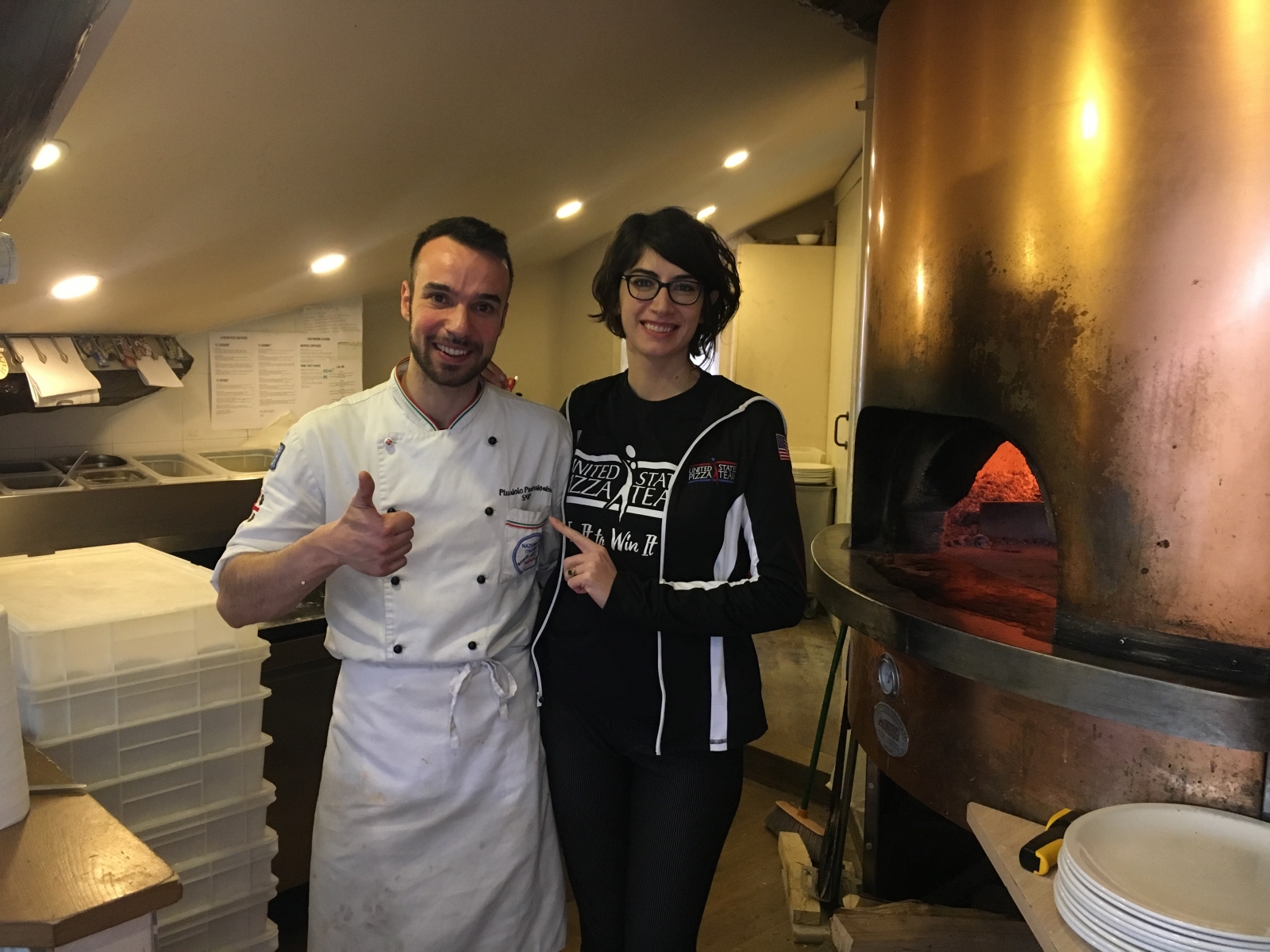 Inside the pizzeria, pizzaiolo Gigi Basciu takes his pizza seriously. The style is Napoletana but he doesn’t use the standard recipe. “I use a flour called buratto,” says Basciu. “It’s like whole wheat but without the less desirable parts in it. It’s normally only used for bread baking,” he explains. Along with the extended rising time of 36 to 48 hours and a multitude of delicious toppings, this pizza takes a contemporary twist on the traditional Neapolitan style.

Where are the cats these days? You can find them still hopping around the rooftops of the galleria while you enjoy a fragrant and foldable wood-fired pizza from I Dodici Gatti. Visit the cat sanctuary and pizzeria next time you’re in Milan at Galleria Vittorio Emanuele II, 11/12, right next to the Duomo.