Cashing in on name brands: How using familiar brands in your recipes can help you sell more pizza, appetizers and desserts. - PMQ Pizza Magazine 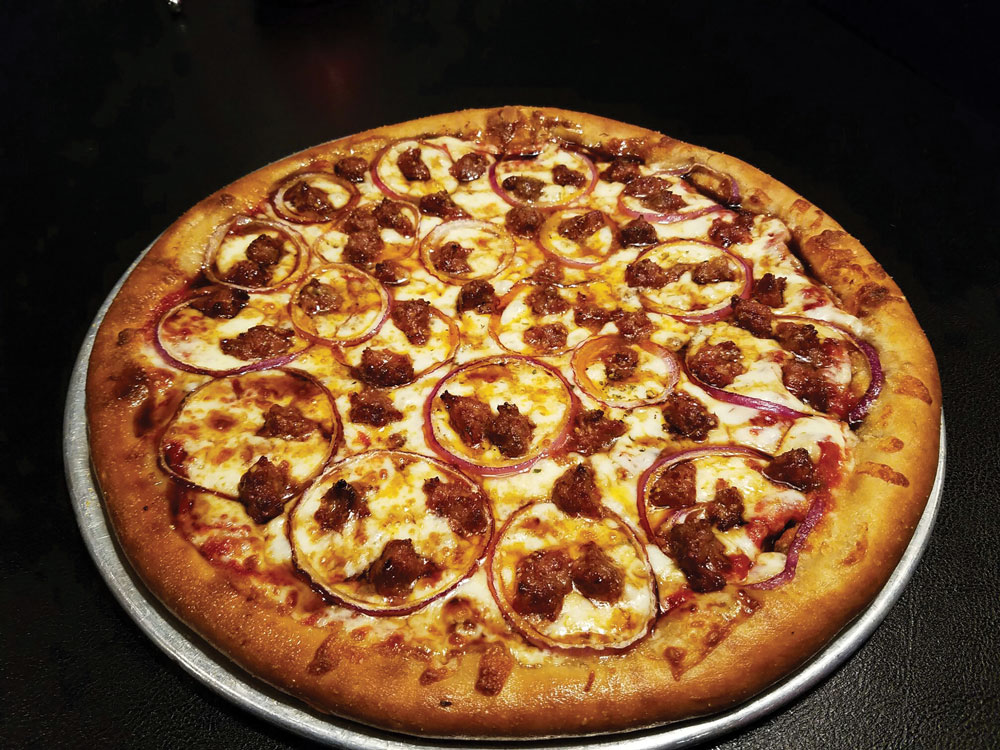 When you offer an Oreo cheesecake, Reese’s dessert pizza or Tabasco hot wings, most guests know what flavors to expect—and are often willing to pay a little more for it. It’s for this reason that more pizzerias are integrating and promoting brand name products—both local and national—into their menus. While some operators chose to collaborate with name brands on their branded menu items, others simply use the product and feature it on the menu. Regardless, they agree on one thing: Branded items enjoy a marked increase in sales. Here are seven examples of pizzerias that are cashing in on well-known brand names:

The Pie Pizzeria (above)

“We offer the Polygamy Porter and Sausage Pie for only three months in the spring, and it grows in popularity every year,” says chef Palmer of The Pie Pizzeria, with six locations in Utah. “It’s a local company and product, I like the beer, and I really like the name Polygamy Porter, which is humorous and edgy for Utah. The pie has a sriracha-lime beer salt around the crust, which we make in-house. People know the sriracha flavor, so they know what to expect when they order.” 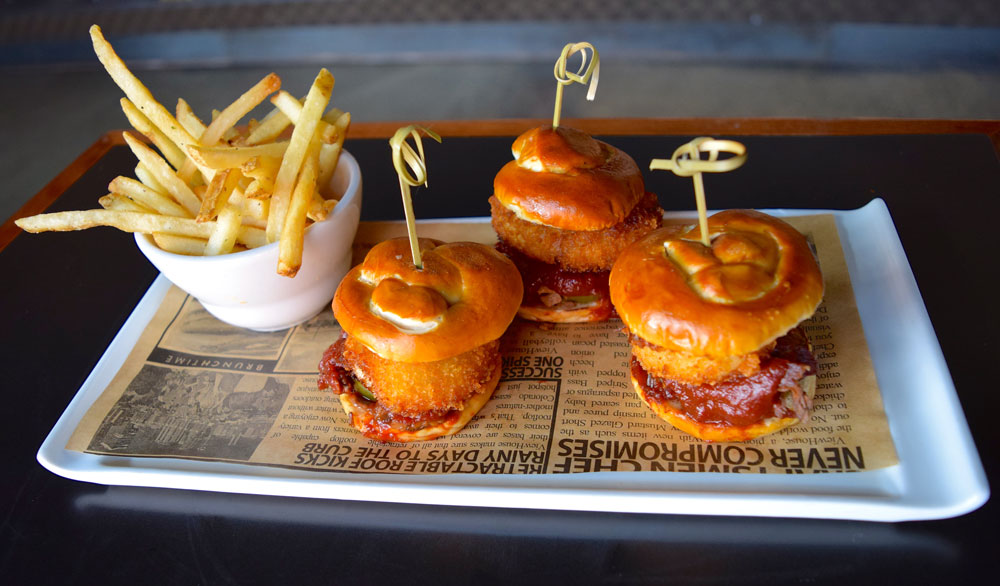 “Although there was no direct collaboration with Stranahan’s Whiskey or Pepsi, we used these specific ingredients based on the unique flavor component they both add to the pulled pork,” says Brad Manske, vice president of ViewHouse Eatery, Bar & Rooftop in Denver. “Because Stranahan’s is a local brand and we strive to incorporate local ingredients into everything we produce, guests recognize it and almost immediately become curious, thus driving more guests to want to try the dish.” 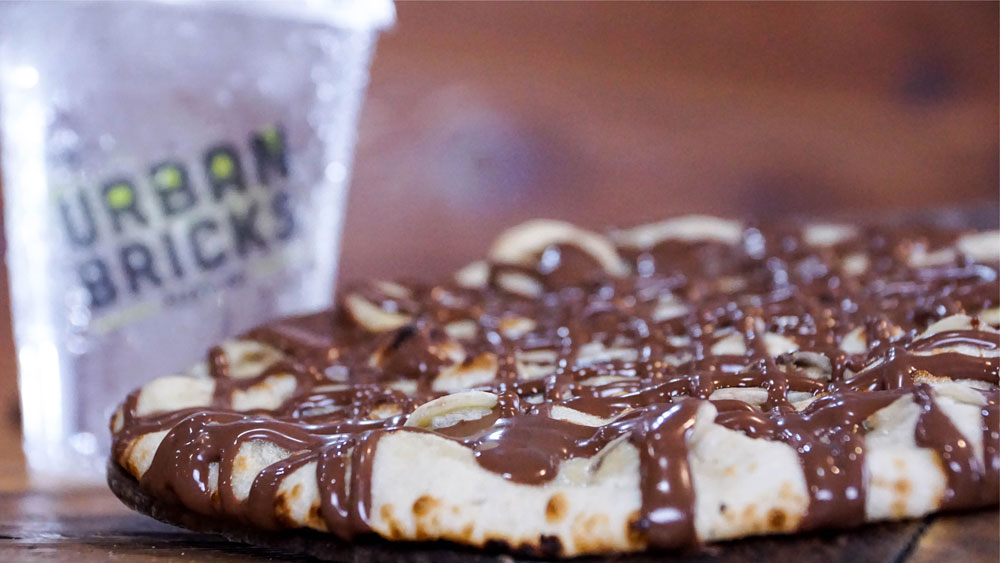 With the ongoing popularity of dessert pies, Nutella is quickly becoming a go-to ingredient in pizzerias around the country. “It’s always a good decision to have brand recognition on the menu,” says Sammy Aldeeb, founder and CEO of Urban Bricks Pizza Co. in San Antonio, which serves a dessert pizza topped with Nutella and bananas. “The name Nutella catches people’s eyes. They trust the Nutella name, and since they’ve had it before, they know they’ll like it again.” 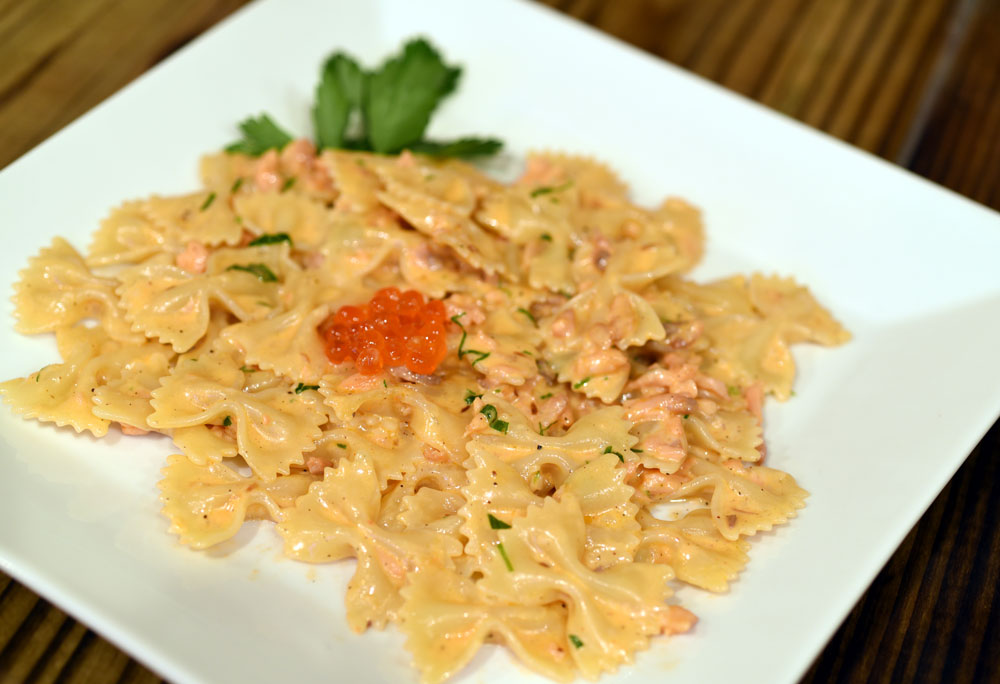 At Olivella’s in North Bergen, New Jersey, chef Salvatore Olivella uses Grey Goose vodka in two popular pasta dishes. One puts a twist on a traditional dish (using rigatoni in place of penne for rigatoni alla vodka), and the other, the Farfalle di Olivella, combines bowtie pasta with Norwegian salmon, shallots, Grey Goose vodka and a touch of salmon caviar. “I want to showcase a diversity of dishes that can’t be found elsewhere,” Olivella says. “Sometimes, I rework the classics. Rather than serving penne alla vodka, I decided to create Rigatoni alla Grey Goose Vodka. Grey Goose is premium vodka from France that has an amazingly smooth quality. For this dish, I combine fresh rigatoni, béchamel sauce and San Marzano tomatoes, then add Grey Goose, which takes a bit longer to evaporate, leaving you with magnificently intensified flavors and aromas.”

Darren Gray, senior director of menu and culinary innovation at the Toledo, Ohio-based Marco’s Pizza chain, reached out to Ghirardelli in 2015 to partner on the pizzeria’s Ghirardelli Double Chocolate Brownie. “The partnership between Marco’s and Ghirardelli was a natural fit,” Gray says. “Both companies are American-based and founded by Italians, and both are focused on using the best ingredients.”

Chris Eklem, Ghirardelli’s vice president of professional products, agrees, adding, “Our chocolate is made from select cacao beans in a process that has been perfected over the past 160-plus years. By adhering to these exacting standards, our chocolate delivers a rich and intense flavor that consumers love, which contributes to the rich flavor of Marco’s brownies.”

“I’ve been selling BBQ pizza with Sweet Baby Ray’s for several years now,” says Paul Visingardi, owner of Vizzy’s Pizza Palace in Westland, Michigan. “I didn’t collaborate with the company, but I think the name Sweet Baby Ray’s helps because of its name recognition.” Visingardi also bakes up a pair of Greek pizzas using Niki’s Greek Dressing, a signature salad dressing from Niki’s Greektown, a pizza institution in Detroit.

“We’re very proud that we use 100% Wisconsin mozzarella cheese, which is produced especially for us by skilled local farmers. We want our customers to know that in our legendary stuffed deep-dish pizzas, we use the best-quality mozzarella cheese,” says Jessica Wenson, manager of marketing and public relations for Chicago-based Giordano’s. “Since adding the Wisconsin Cheese Board logo to our menus and advertising materials, we’ve found that customers have been very receptive to the campaign.”

Preheat oven to 400˚F. Combine chili sauce and coconut cream. Spread the sauce over the crust, leaving a ½” border along the edges. Top with cheese, sausage, ham, bacon, pineapple and green peppers. Bake for 8 to 9 minutes, until the cheese is melted and the crust is crisp. Cut into wedges and serve.