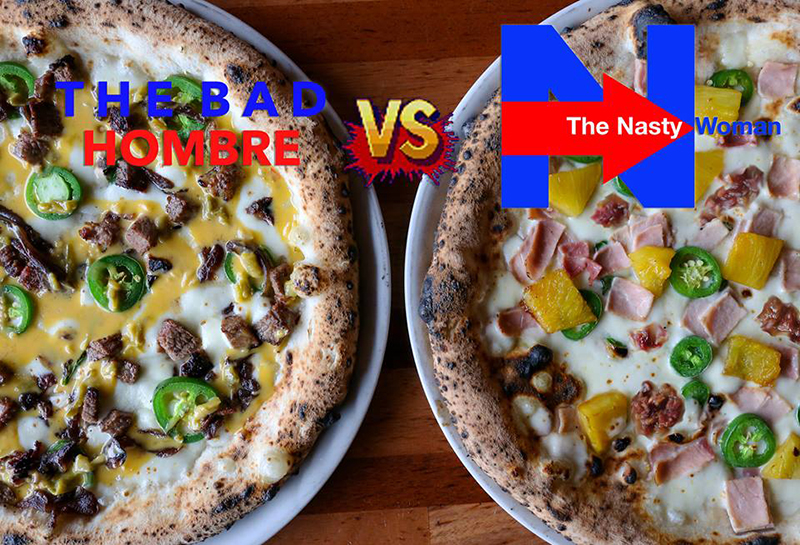 Americans have been deadly serious about politics this year, but a Dallas-area pizzeria company tried to ease the tensions on Election Day with a tongue-in-cheek promotion featuring two hilariously named pizza specials.

Celebrated for its witty promos and social media posts (not to mention its outstanding Neapolitan pizzas), Cane Rosso, with multiple locations around Dallas and Fort Worth, served up a signature pie for each candidate’s supporters on Tuesday. The Bad Hombre, designed with Trump fans in mind, featured smoked brisket, queso, jalapenos, caramelized onions and housemade mozzarella.

For Clinton fans, the Cane Rosso team created the Nasty Woman, made with caramelized pineapple, jalapenos, prosciutto cotto, bacon marmalade and mozzarella. What’s so nasty about those ingredients? Nothing at all, but owner Jay Jerrier will (reluctantly) serve jalapeno ranch dressing as a condiment to go with it. And as far as he's concerned, you can't get much nastier than that. 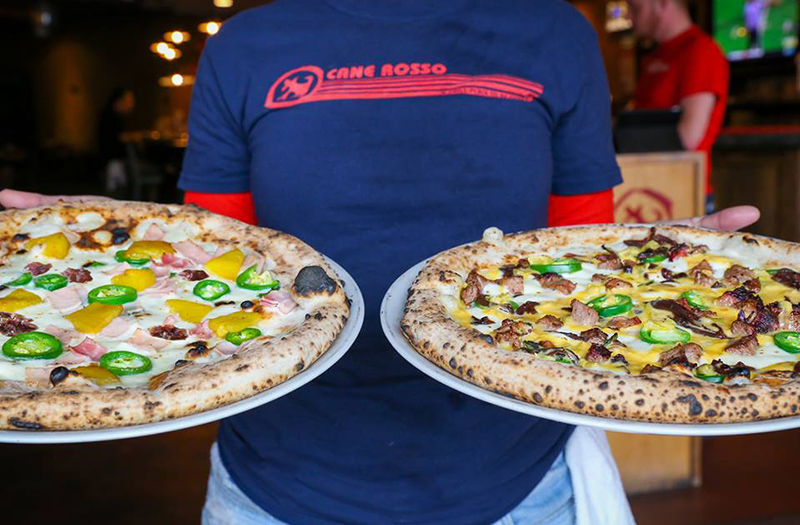 Jerrier has been mocking—and refusing to serve—ranch dressing for years, much to the delight of the local food media and his customers. He even famously placed a bottle of the dressing behind glass and offered to sell it for a cool $1,000.

For Election Day only, he made an exception for his Nasty Woman pie. “Ranch eaters, this is your ONE day,” he posted on Facebook. “The Banhammer comes back out on Wednesday. We will be watching and judging you all night long.” He went on to add, “Both of these pizzas will be available for delivery via Caviar for those of you (in the delivery zone) that wanna stay home and shamefully eat your ranch-covered pizzas.”

So which pie got the most votes? Not unlike the actual election, Trump's Bad Hombre carried the night with 164 purchases compared to 134 for Clinton's "Nasty Woman." As Jerrier explained in his post late that night, "The ranch-eating heathens made a hard push as the polls closed, but The Bad Hombre has officially taken Texas!! Looks like we've got 4 years of ranch bans and small hands ahead."