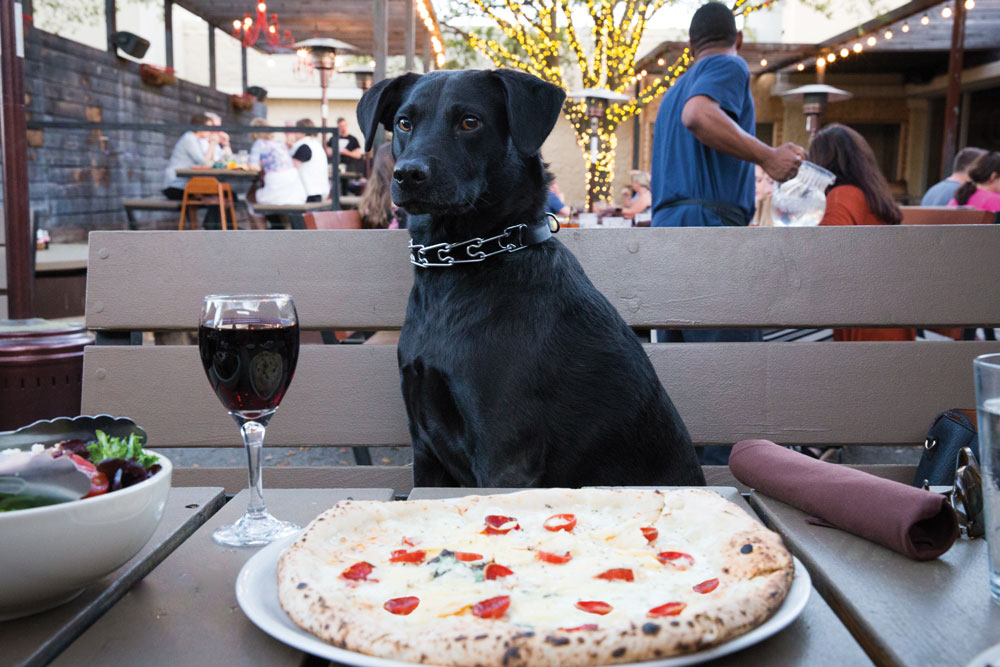 Jay Jerrier presides over a nationally acclaimed pizzeria empire that’s beloved across Texas, and it all started with one floppy-eared, red-coated dog.

“I’ve always loved dogs,” says Jerrier, who opened the first location of Cane Rosso in Dallas’ Deep Ellum district in 2011 and graced PMQ’s cover in November 2014. “When my wife, Karen, and I first moved to Texas in 1997, we adopted Zoli, a five-year-old Vizsla—a Hungarian Pointer—because my wife claimed she was allergic, and those dogs have no dander.”

They loved Zoli so much, they named two pizzerias in her honor.

“Vizslas have red fur, and ‘cane rosso’ means ‘red dog’ in Italian,” Jerrier says. “Our newest restaurant brand is actually named Zoli’s NY Pizza. So our whole restaurant empire is based on my dog!”

“We don’t focus on purebreds. We’ll take mixes—basically, any dogs that have spots, we’ll take. We don’t discriminate based on age or medical need.”

Jerrier later found out that hundreds of sporting dogs, like Zoli, get dumped on back roads by hunters throughout the Lone Star State after unsuccessful hunts. Heartbroken that man’s best friend could be so disposable, Jerrier remembered a quote by Lily Tomlin: “I always said someone should do something about that. Then I realized I was someone.”

Jerrier is definitely a “someone” on the Dallas pizza scene; in fact, he’s practically a celebrity. D Magazine singled out Cane Rosso for offering the best pizza in Dallas five years in a row, and the Food Network hailed it as the city’s best in June 2018. Last July, Eater Dallas listed Zoli’s at the top of its “14 Essential Pizza Restaurants,” while Cane Rosso came in at No. 12.

As the accolades kept rolling in, Jerrier decided to use his VPN-certified pizzerias’ fame for a greater good—to rescue abandoned dogs—and founded Cane Rosso Rescue in 2014. “Our pizzerias have a large following on social media, and most of them are very high-volume. So we decided to leverage that to get the word out about dogs needing help,” Jerrier says. “We started off focusing on sporting breed and bird dogs, because they get dumped at a high rate in Texas. We don’t focus on purebreds. We’ll take mixes—basically, any dogs that have spots, we’ll take. We don’t discriminate based on age or medical need.” 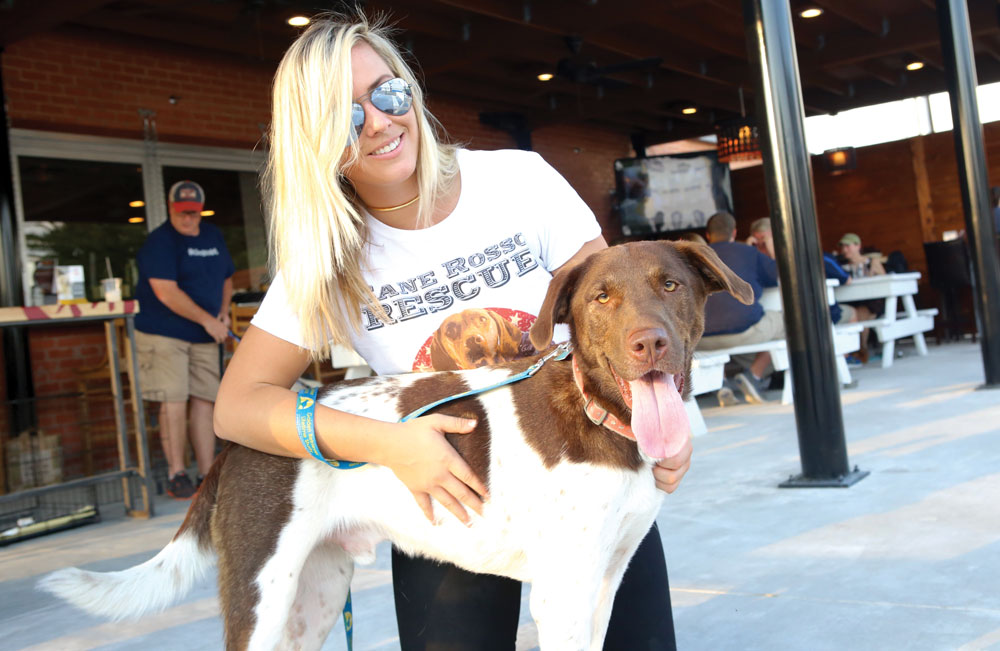 Jerrier fondly recalls his first-ever rescue, a Viszla mix named Walter. He freed the dog from a high-kill shelter, made him healthy and sociable in foster care, and then found him a “forever family” up north, where stray dogs are rare. Five years later, Walter is still running free in their backyard.

Since 2014, Jerrier has grown the nonprofit’s reach to 40 foster homes throughout Texas, with at least one dog per home. And he always keeps one or two foster pups—on top of his own family pets—at his own house. “We started out with two dogs,” he says. “Now I have eight of my own dogs. The extra six are all fosters that just never left. My wife threatens me every day: ‘No more dogs!’ But she secretly loves them as much as I do.”

Jerrier opened a brick-and-mortar rescue facility two years ago in Carrollton, where an “amazing, dedicated” staff works year-round to raise money, recruit fosters, train volunteers and find dogs in need. To date, the facility has rescued 524 dogs, Jerrier says. Staffers bottle-feed orphaned puppies, provide hospice care to dogs with degenerative health issues, and provide loving care to senior dogs tossed out for being too old to run with the young bird dogs. The most expensive dogs in their care are young puppies suffering from parvovirus, a highly contagious and deadly virus that kills in a matter of days. 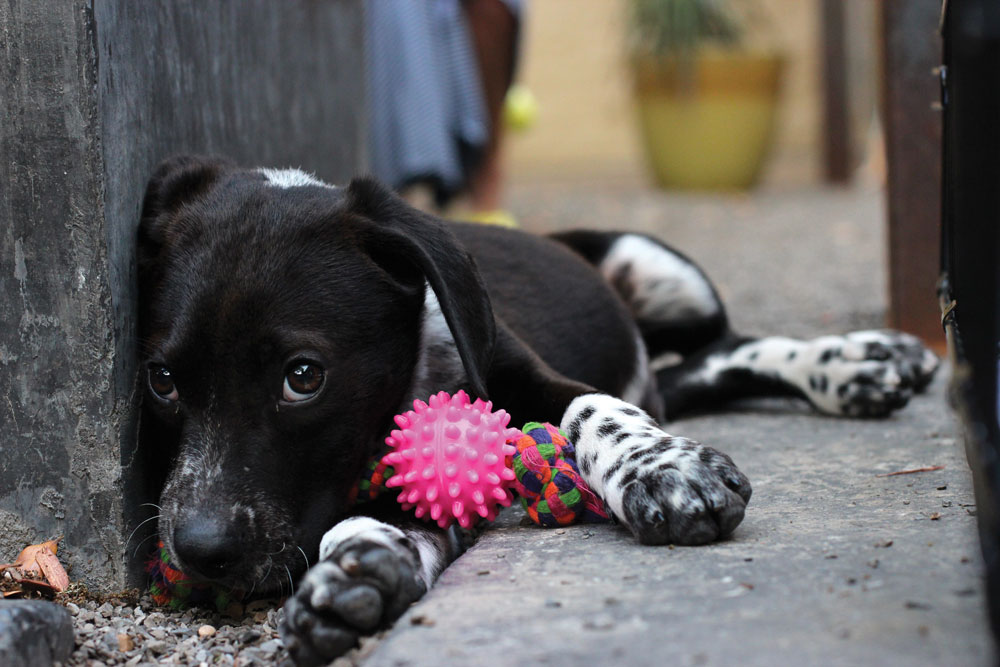 The rescue even takes in a kitten or three “so that we can work on getting the dogs to be cat-friendly,” Jerrier explains. “We’ll keep the cats for a while and then adopt them out and get some new kittens!”

Out of the hundreds of dogs that have passed through the rescue center’s doors, the hardest to care for were 40 pups rescued last fall from a hoarder’s home that had burned to the ground, leaving more than 150 Pointers, Weimaraners and Viszlas without a caretaker. “They were burned and had deep wounds,” Jerrier says. “But the hardest part was teaching them to trust humans after years of neglect. We still have one left waiting for a foster or an adopter almost a year later.” 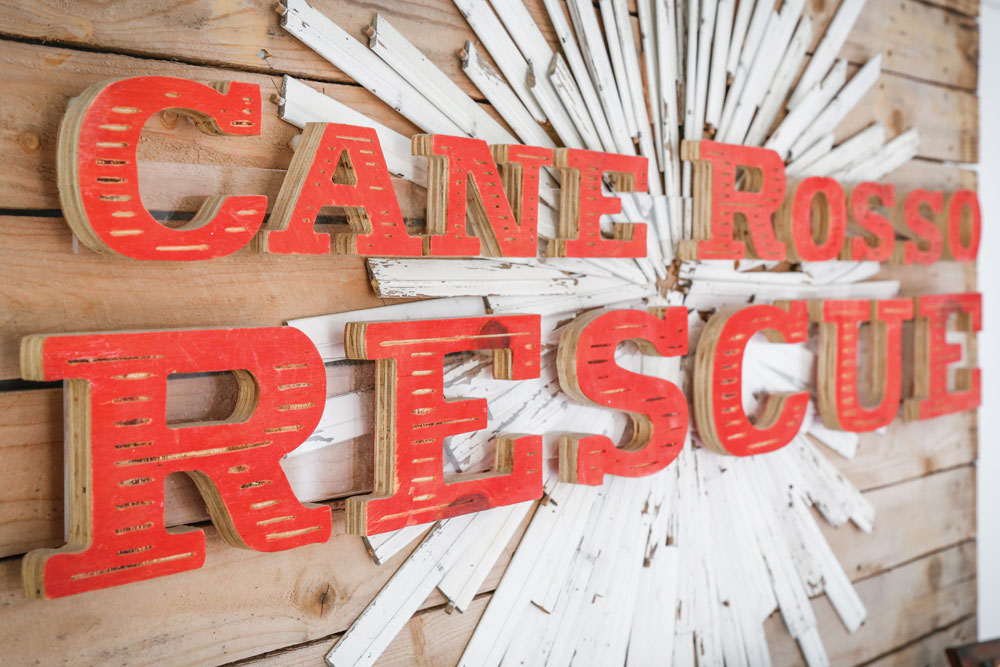 Cane Rosso Rescue’s website features irresistibly cute photos of dogs available for adoption. To raise awareness about abandoned dogs and to help other rescue nonprofits raise funds, Jerrier’s pizzeria locations also periodically host Pups On the Patio, events at which customers enjoy wine and pizza in the company of their favorite pooches. He donates a percentage of all sales from his pizzerias to the rescue nonprofit on a monthly basis, and his employees have an option to contribute a portion of their paycheck every two weeks to the rescue. “What blows me away is that [they take part],” Jerrier says. “We have a really high participation rate from our staff, and that makes me really proud of our team.”