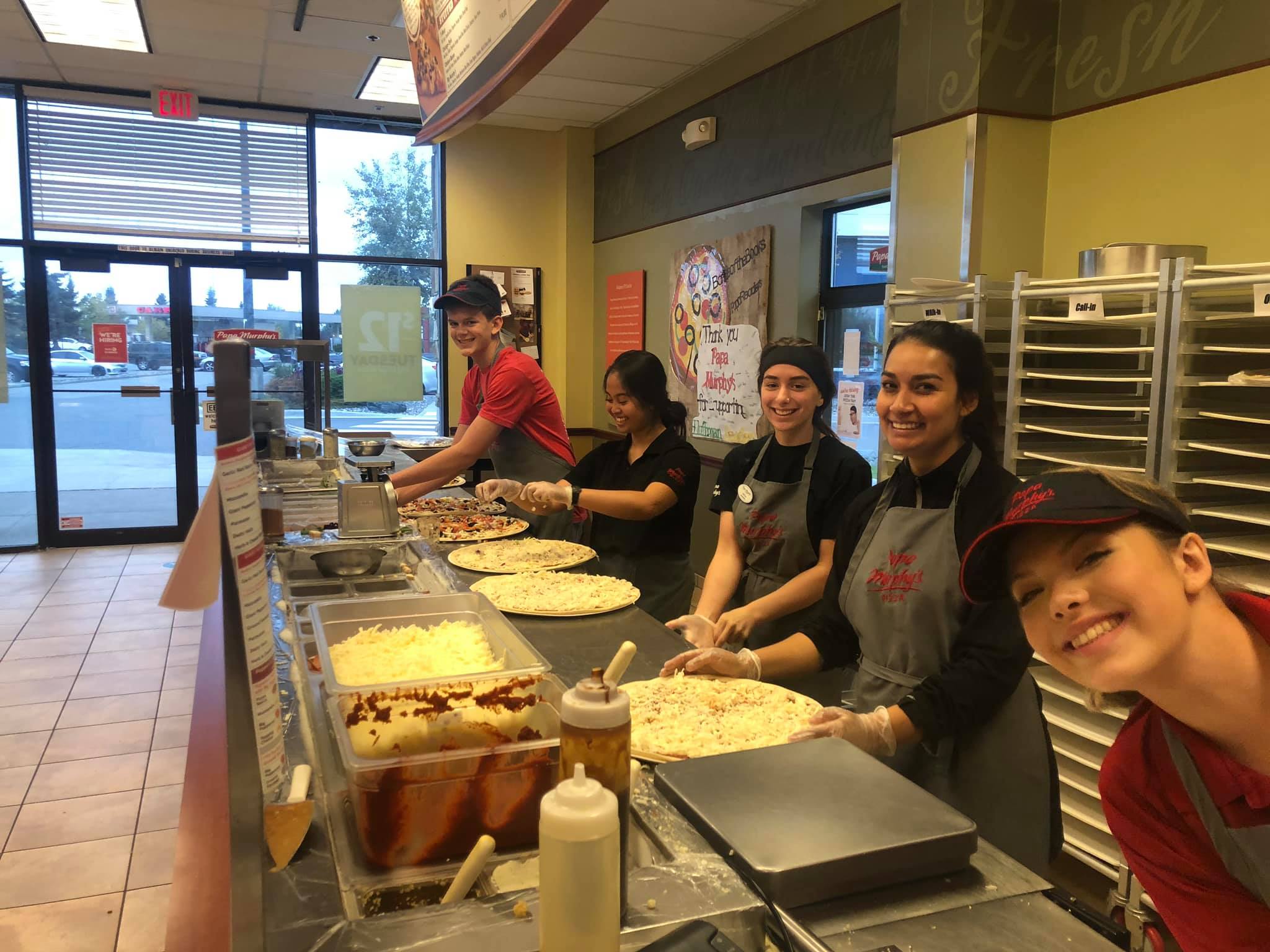 The team at a Papa Murphy's location in Anchorage, Alaska, specializes in bush delivery of pizza.

Alaska is truly a land of wonder, where wolves and polar bears roam, caribou graze and take-and-bake pizzas fly.

For the latter, you can thank Tyler Williams, owner of a Papa Murphy’s location in Anchorage that offers bush delivery of pizza by air throughout the vast, sparsely populated state. For many bush communities in the state, pizza is hard to come by, but Williams will figure out how to get a par-baked pie to you, even if that means loading it on a plane and flying it hundreds of miles across the frozen tundra.

“They get flown out frozen,” Williams told Alaska Public Media in a recent story that got picked up by various national media outlets, including the Washington Post and ABC News. “Once the customer gets them, it takes two to three days, depending on weather. They defrost them. It takes just a couple of hours on the counter. And the product proofs, and it’s ready to be cooked.” 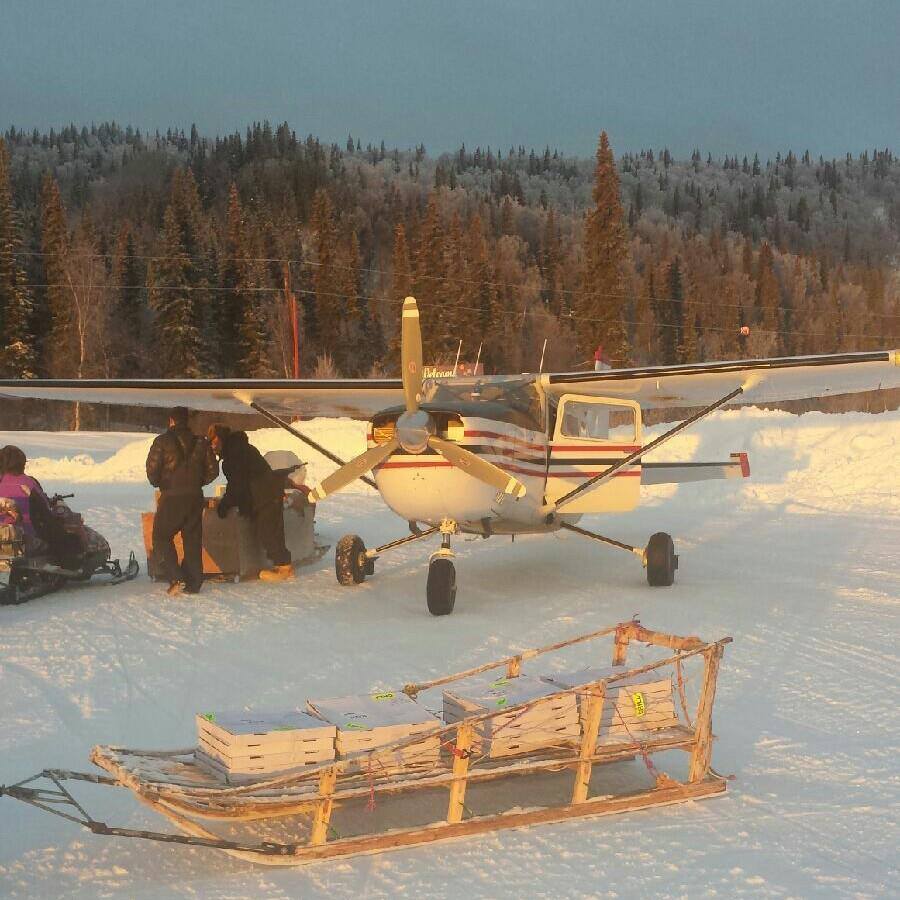 Williams said he sends out an average of 150 pizzas a week to communities across the state, from Akiachak to Kongiganak to White Mountain. It all started due to customer demand, naturally enough. “We just had people calling us, asking us to bring pizzas to the airport and drop them off,” he said.

For Jules Bourdukofsky, who lives on St. Paul Island in the Bering Sea, the wait is worth it since there are no pizza shops anywhere nearby. “You have to buy it frozen from the store,” Bourdukofsky told Alaska Public Media. “And it’s DiGiorno’s, and it’s way smaller for about the same price—$20.”

Williams worked out deals with airlines throughout Alaska to minimize the shipping costs. “Our profit per pizza is a little bit less,” he said, “but the fact that we’re shipping, because we’re covering the shipping cost in most cases since we’re doing orders of 10 or more, there’s enough margin there to make it work.”

Alaskan restaurateurs have always found resourceful ways to offer bush delivery of pizza and other foods. Brian Wildrick, owner of Harborside Pizza in Cordova, has been known to dispatch pizzas via dog sled on occasion, especially during periods of heavy snow. “I have three husky dogs, and I put the delivery bag on the dog sled, and we took off,” Wildrick told PMQ back in a Pizza 360 video interview back in 2014.