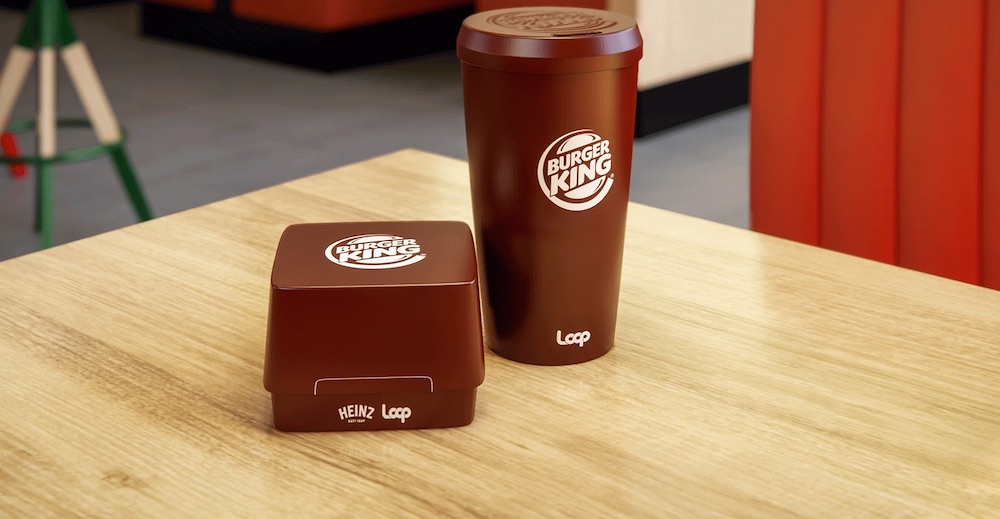 Burger King also plans to test reusable packaging created in a partnership with New Jersey-based TerraCycle, a company that works with the retail sector on solutions to eliminate plastic waste. Customers have to opt in to try the green packaging. The company plans to roll out its sustainable packaging nationwide in 2022.

Related: What if every restaurant served plant-based and sustainable meals?

Fast-food companies and other restaurant chains have been under pressure to combat plastic waste, pivot to zero-waste solutions and reduce their contribution to greenhouse gases in order to protect the planet. As Food Ingredients First reports, five out of six restaurant brands with more than 100,000 restaurants worldwide are working to set science-based targets aligned with the U.N. Paris Agreement’s goal to keep global warming below 2°C. Domino’s Pizza and Yum! Brands, which owns Pizza Hut, are two of them, along with McDonald’s, Chipotle and Wendy’s.

According to Food & Wine, Burger King has begun testing green cutlery made from a plant-based plastic called cPLA, as well as napkins made of 100-percent recycled fiber and Frypods made of renewable, unbleached virgin paperboard.

As alternatives to the much-maligned plastic straws, the chain will also try out paper-based and plant-based straws and strawless lids. The company said it hopes to “eliminate up to 500 million single-use plastic straws annually from participating U.S. Burger King restaurants. This action alone would translate to the removal of 910 metric tons of greenhouse gases per year.”

Related: Used pizza boxes are recyclable, even with grease and cheese

Later this year, Burger King plans to test washable, reusable Whopper containers and cups. These cups can be returned by the customer through Loop, a circular package service and a division of TerraCycle. The containers will be sanitized by Loop and sent back to the restaurants for reuse, thus reducing the production of single-use packaging.

This closed-loop, zero-waste solution will be tested in New York City, Portland, Tokyo, Paris and London. As with the pilot program in Miami, customers must opt in to try out the new packaging. They will have to pay a deposit at the time of purchase; once they return the packaging to Loop, they will receive a refund.

Burger King is trying out its greener and reusable packaging through pilot programs in order to test the products’ performance and gauge customers’ reaction. “By piloting solutions in restaurants, the brand is able to get direct feedback from guests on how the packages perform, make iterative changes with its supplier and build an implementation road map for the system,” according to a press release.