What Are the Key Features of Buffalo-Style Pizza? - PMQ Pizza Magazine 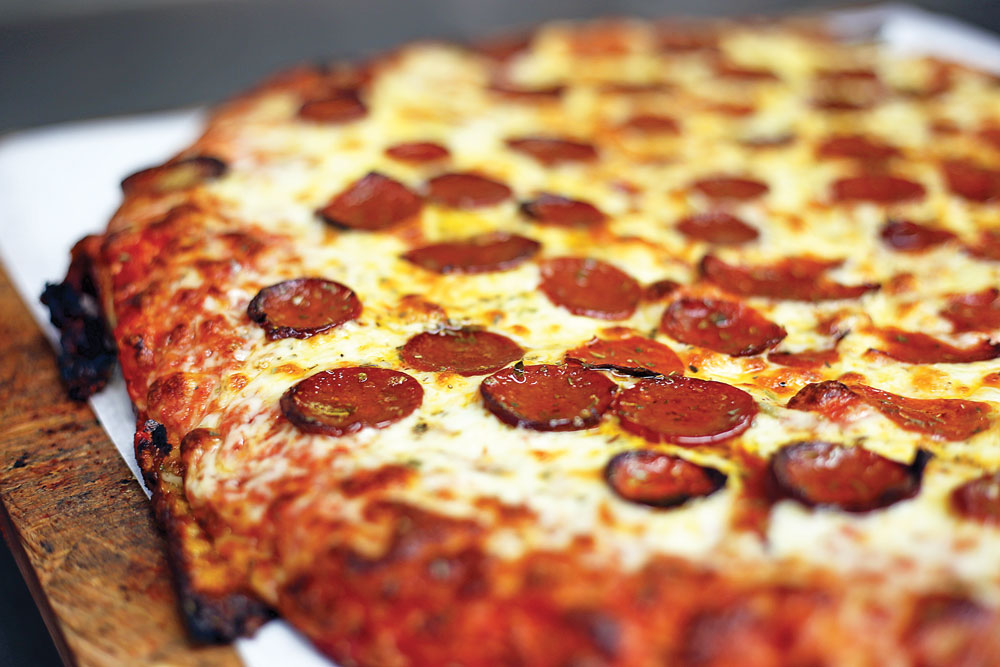 The pies at Bocce Club Pizza have been made in the classic Buffalo style for decades.

Once a bustling upstate playground for New York’s wealthy, Buffalo at one time boasted a population of more than 500,000, with a booming industrial base that attracted a large number of immigrants, many of whom hailed from Italy. But the town fell on hard times in the 1970s and has since lost half its population. Fortunately, it never surrendered its rich culinary tradition. In fact, Buffalo has become synonymous with certain foods and has influenced restaurateurs and chefs around the country.

Of course, the city is best known for its deep-fried chicken wings and the varieties of cayenne pepper-based sauces that go with them. But Buffalo has made another notable contribution to American cuisine: Buffalo-style pizza. Characterized by a light, fluffy, almost focaccia-like crust, a semisweet sauce, copious amounts of mozzarella cheese and exclusive use of cup-and-char pepperoni, it’s a style that Buffalo residents swear by. And Buffalo is a city that knows its pizza. According to Arthur Bovino, a founding editor of The Daily Meal and author of Buffalo Everything: A Guide to Eating in the Nickel City, the town boasts more than 600 pizzerias, or roughly one pizzeria for every 428 people. “There are more pizzerias per capita in Buffalo than in New York City, which is kind of crazy to think about,” Bovino notes.

“[The Buffalo-style pizza has] a Detroit amount of cheese, with a Motor City trim, a Maine undercarriage and a New York City soul.” — Arthur Bovino, The Daily Meal 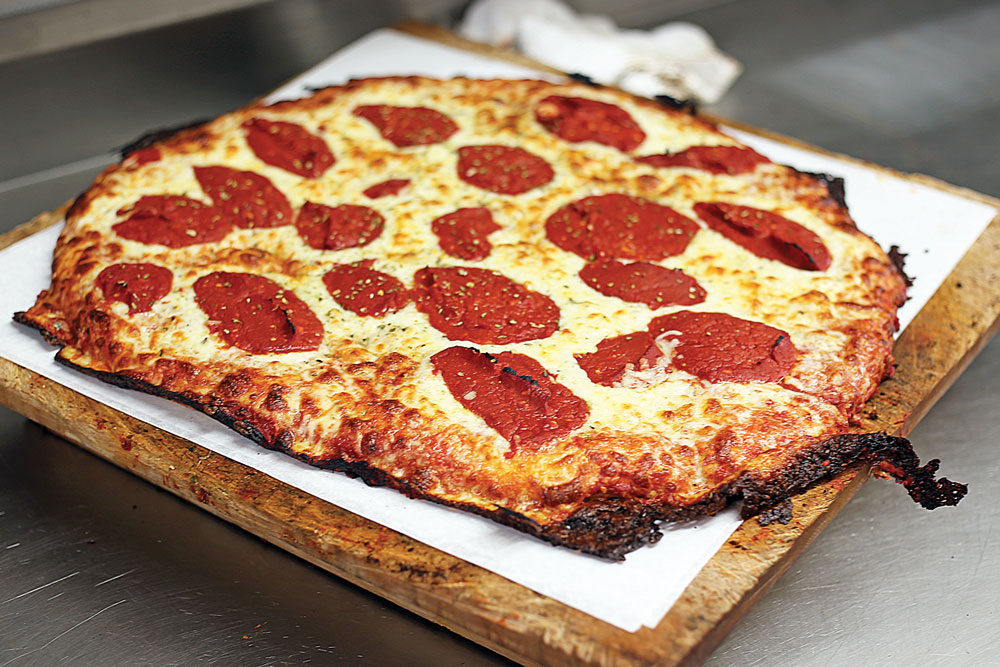 According to Patrick Kaler, president and CEO of Visit Buffalo-Niagara, four key features define the Buffalo style of pizza. “First, it doesn’t have your normal outer crust,” Kaler says. “The sauce and toppings go all the way to the edge of the pizza. The sauce has a little sweeter taste to it. The pepperonis are cup-and-char. As for the cheese—you have to have that perfect cheese pull on it, so when you pull the slice off the pie, the cheese is really trying to fight you.”

In a nutshell, Bovino adds, “It’s a Detroit amount of cheese, with a Motor City trim, a Maine undercarriage, and a New York City soul.”

But cup-and-char pepperoni is perhaps the true defining feature of Buffalo-style pizza. Once ubiquitous across the country, these delectable mini-grails of goodness fell out of favor nationally over time before making a comeback in recent years. Alternately known as “roni cups” or “Old World pepperoni,” they never went out of style in Buffalo. “If you want to say that Buffalo didn’t invent this pizza style, that everybody was doing it back then, that’s fine,” Bovino says. “But no one else has been doing it like Buffalo has in the past 30 years. Buffalo is the curator of this style of pepperoni.”

Sources date Buffalo’s version of pizza back to 1927, when Fioravanti “Grandpa” Santora began selling pizza slices from his ice cream shop. Twenty years later, he opened the first Santora’s Napoli Pizzeria on Seneca Street in Buffalo. “The original Santora’s came two years after Frank Pepe’s opening, so in terms of context of how deep pizza goes in Buffalo, it’s right there with one of the oldest, most well-regarded places in New Haven and in the country,” Bovino points out.

Although there are numerous pizzerias in the Buffalo area serving this style, a trio of stores stand out, in Bovino’s estimation. “Santora’s, Bocce Club Pizza and La Nova are kind of the big three when it comes to Buffalo pizza,” he says.

“I have never experienced Buffalo-style pizza anywhere else. It’s not like New York-style, which is a flatter, thinner piece of pizza. Buffalo-style has more crust to it, but not like Chicago—it’s kind of in between.”

Bocce Club Pizza got its name from its original location, an old bocce club. According to Bovino, a bartender working there discovered a pizza oven in the basement and started making pies. He eventually bought the club, and the pizza quickly gained popularity. “There was a church across the street,” Bovino says. “Parishioners were skipping out on Mass to go across the street to eat pizza and have drinks, and the priests weren’t very happy about that, so they had to move to another location.”

Buffalo-style pizza hasn’t ventured far from its geographical roots. “I find it to be very unique,” Kaler says. “I’ve lived all over the country—Chicago, the West Coast, D.C.—and I have never experienced Buffalo-style pizza anywhere else. It’s not like New York-style, which is a flatter, thinner piece of pizza. Buffalo-style has more crust to it, but not like Chicago—it’s kind of in between.”

“True Buffalo style is unique and cannot be found in many cities,” adds Anthony Carbone, president and CEO of Carbone’s Pizza and Subs in Buffalo. And it’s so tasty, Bovino says, Buffalo belongs on every pizza lover’s bucket list. Take that, New York City!