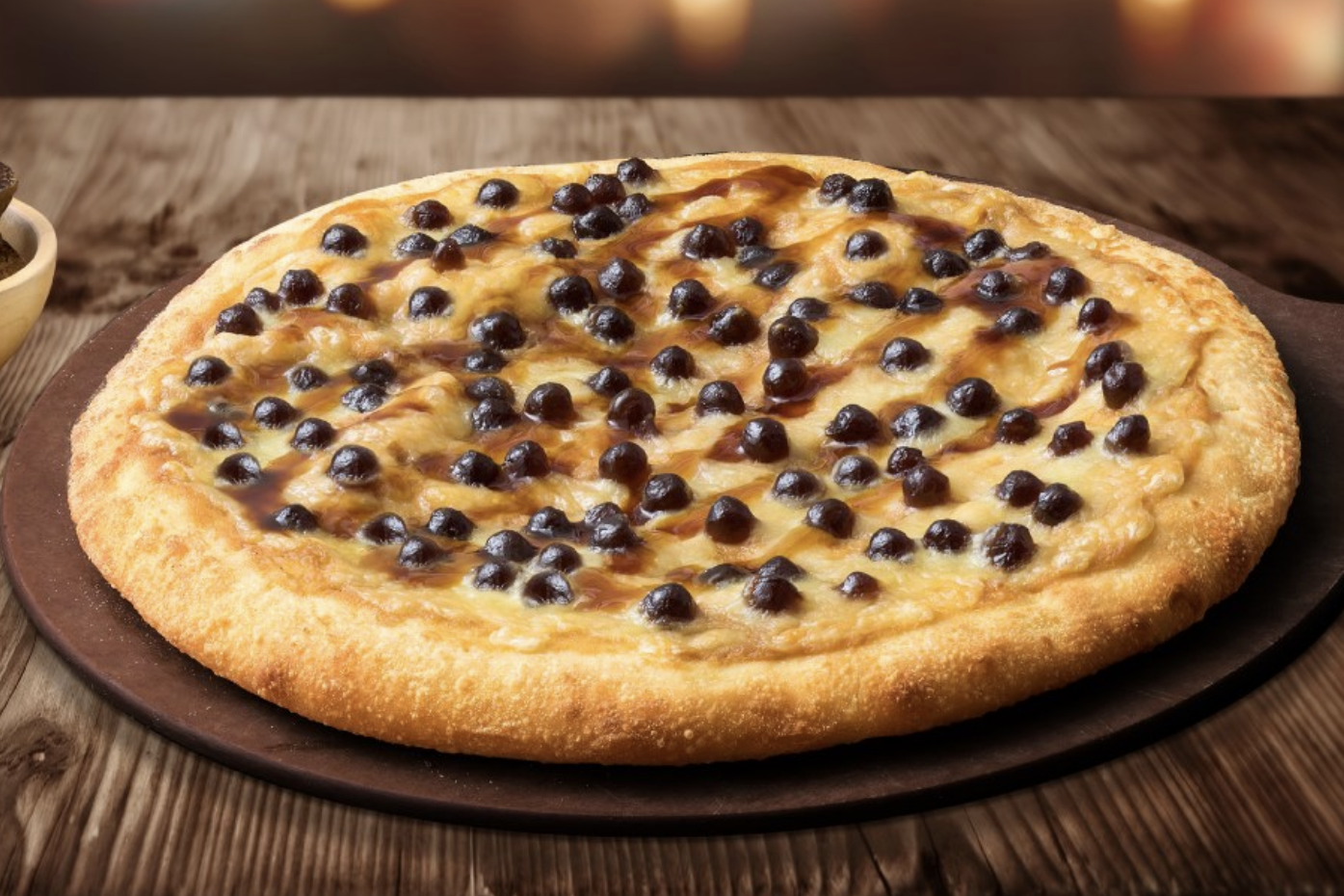 Pizza may be a blank slate for any kind of topping, but just because you can add any topping doesn’t mean you should. Americans argue passionately for and against pineapples on pizza and Swedes carry on with their Banana Curry Pizza and even introduced a Kiwi Pizza to the world.  Hong Kong, however, has an ace up its sleeve: the Bubble Tea Pizza, or, more accurately, the Black Sugar Pearl Milk Tea Pizza, according to the Hong Kong-based pizza chain PHD.

The pizza is topped with sweet tapioca balls – more widely known as boba – plus brown sugar and “a brushing of cheese.” It’s one way to interpret the popular sugary milk tea loaded with black sugar pearls in a pizza form.

A week ago, PHD announced a Bubble Tea Pizza flash sale at most of its locations. Before the day ended, the pizza chain sold out of all regular (HKD68/USD $8.75) and large (HKD98/USD $12.61) pies.  Later, the pizza chain announced it had restocked both sizes, and it also has a mini version of the dessert pizza that’s “suitable for one person” for HKD38/USD $4.89.

And the most surprising part of this Bubble Tea Pizza phenomenon? Domino’s already jumped on the trend in Taiwan last November. The international pizza chain served a dessert pizza called Boba Pizza, their interpretation of the Bubble Tea Pizza. The location is appropriate: Taiwan is the birthplace of boba, also known as bubble tea.

For those curious about the general taste of the Bubble Tea Pizza, one person tweeted praise about it:

Omg it’s incredible. They nailed it. Not joking, everyone here needs to try this.

The pizza is savory, but it’s sweetened with honey on top, the boba aren’t mushy, and the whole thing is 超級Q af.

Regardless of whether all foods or only some foods belong on pizza, this dessert pie proves that enough people will buy and eat it.