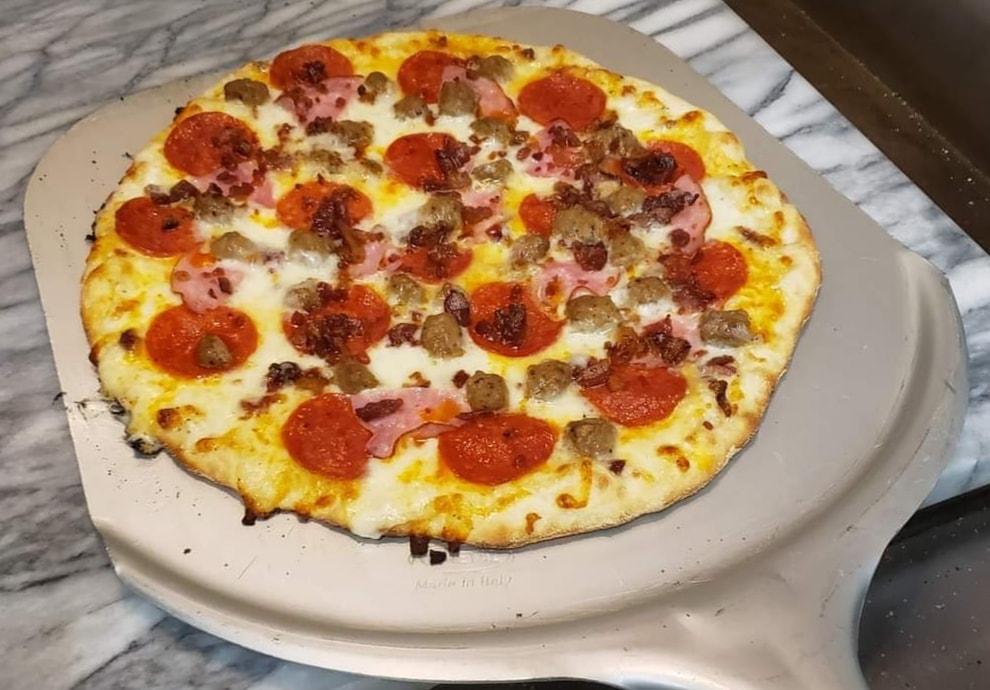 A pair of pizza-making brothers-in-arms in Tenino, Washington, keep their pizzeria in tip-top shape and ready for inspection, thanks in part to a drive-through window they didn’t think they needed when they first opened in December 2019.

Joseph Weingarten and Tim Thompson, both of whom have connections to the U.S. military, operate Brother’s Pizza & Brew. According to Yelm Online, Weingarten retired after serving 22 years as a firearms instructor and in a ballistic missile unit in the Navy. Thompson is still on active duty, recruiting prospective soldiers for the National Guard.

Related: How to add drive-thru for your pizza restaurant

They opened shop just a few months before the COVID-19 pandemic began. The store has a drive-through window, but Weingarten and Thompson had no intention of putting it to use. Instead, the motorcycle enthusiasts, who planned to focus on dine-in service, reserved the drive-through lane as a parking area for fellow bikers—at first.

That drive-through space turned out to be a lot more valuable than they expected once customers became nervous about dining in. In fact, it ended up saving their business. “That was a Godsend,” Weingarten told Yelm Online. “It helped us tremendously.”

In honor of their fellow veterans, Weingarten and Thompson created a tribute wall covered in camo netting and photos of customers in their military uniforms.

One table in the restaurant always sits empty as an homage to POWs, MIAs and military members who died in combat. “We believe it is our duty to memorialize those who were lost and never returned,” the owners explained on a Facebook post. “This table is our way of symbolizing the fact that members of our profession of arms are missing from our midst.”

The table is set for one, “symbolizing the frailty of one prisoner alone against his oppressors.” Each decorative item serves a symbolic purpose as well, including a slice of lemon (“to remind us of their bitter fate”) and an upside-down glass (“they cannot toast with us this night”).

“We have a lot of brothers that we knew who died in combat or served and passed away,” Weingarten told Yelm Online. “So this is kind of like our table for them.”