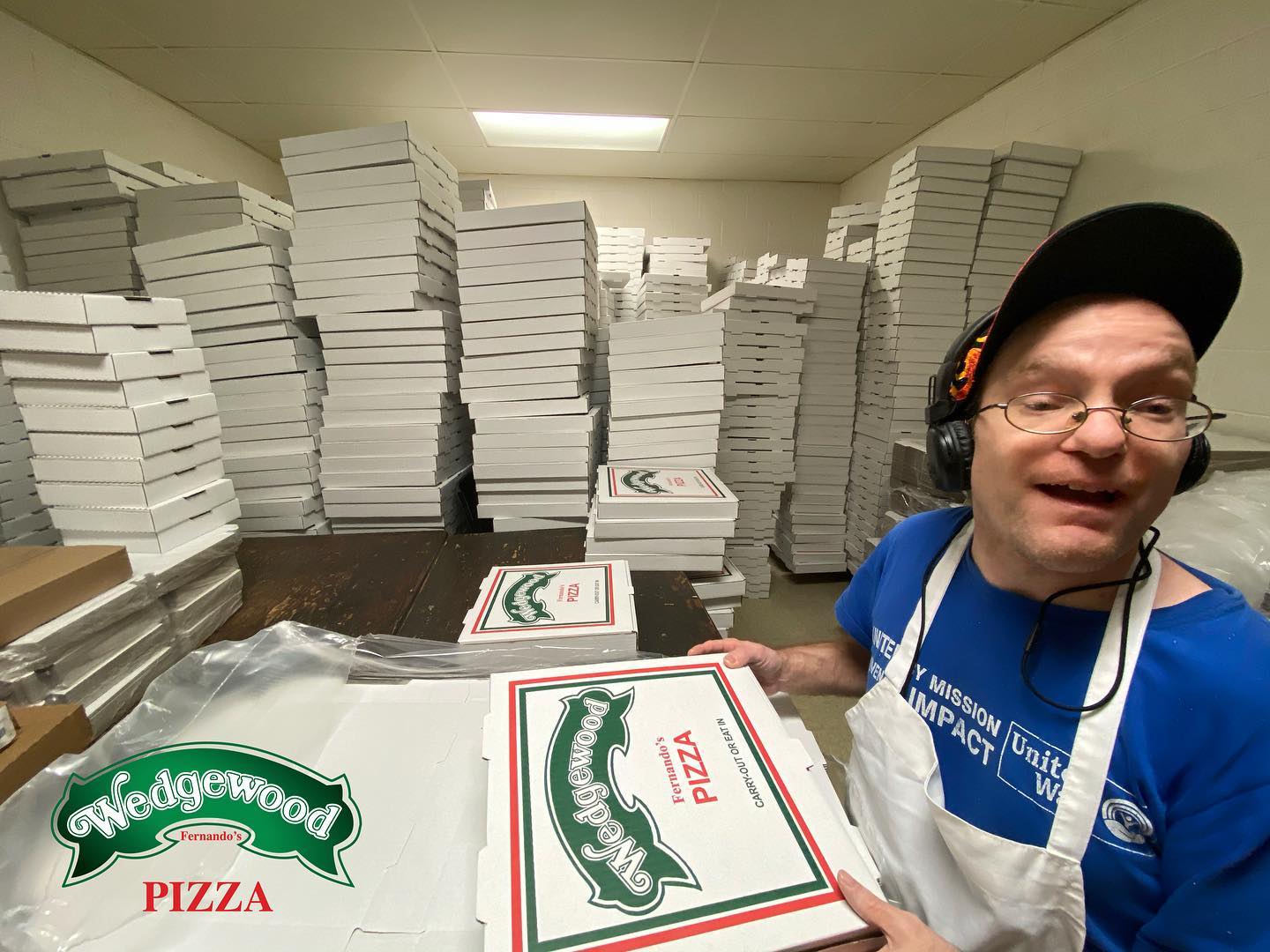 Wedgeworth Pizza recently honored Brian Allsop for folding millions of pizza boxes over the past 25 years.

Wedgewood Pizza in Boardman, Ohio, has dispatched millions of pizzas to delivery and carryout customers over the past 25 years, and one hardworking employee has folded virtually all of the boxes—Brian Allsop.

The pizzeria’s owner, Anthony Pellegrini, recently presented a plaque to Allsop for folding 2,535,000 pizza boxes so far in his career. The milestone celebration with Allsop’s family, friends and co-workers garnered coverage from local TV news stations.

Allsop’s developmental disability hasn’t kept him off the box line over the past half-century, Pellegrini told a reporter. “He’s a machine back there,” Pellegrini said. “He just produces boxes, and he just keeps going.”

Pellegrini said Allsop has folded almost every single box that went out through the pizzeria’s doors since the restaurant opened 25 years ago. “It just shows that people with disabilities can contribute, and, if given time and training, they can be productive,” Matthew Allsop, Brian’s brother said.

Allsop’s success and reliability demonstrate that businesses can benefit from hiring employees with disabilities, Pellegrini said.

Wedgewood Pizza has three locations in Austintown, Boardman and Howland, Ohio. Pasquate “Patsy” Acconcia founded the first Wedgewood Pizza shop in 1967 in Youngstown and later relocated to Austintown with a new partner, Fernando Riccioni. Riccioni and his daughters now run the business, along with his son-in law, grandson and grand-daughters.