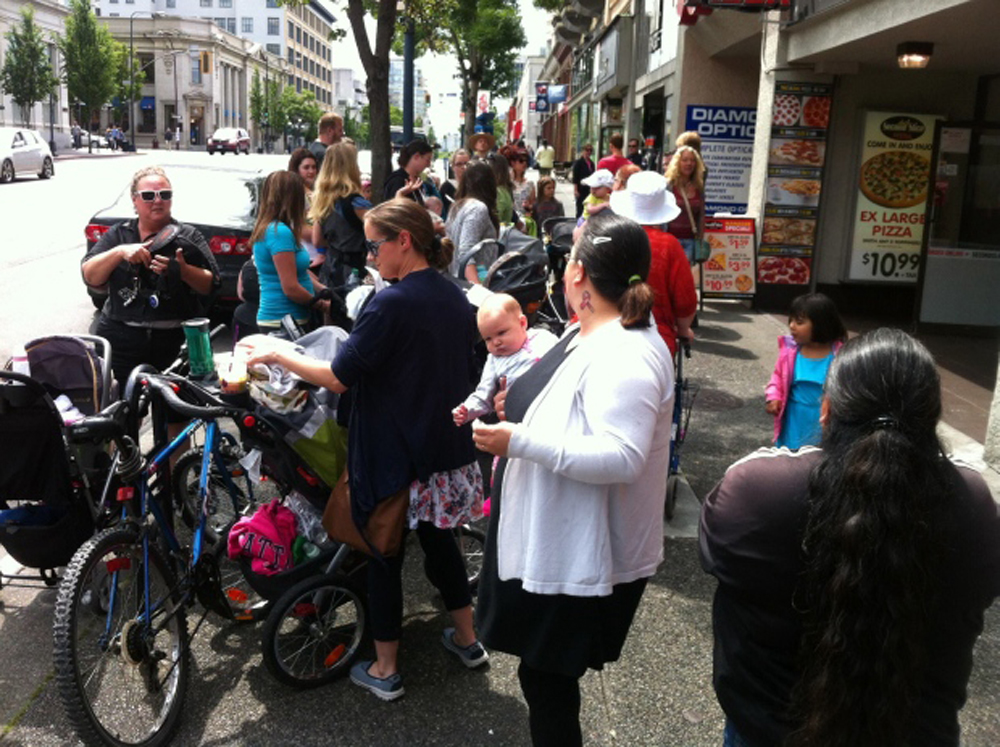 Although the pizzeria owner denies it, Brianna Donovan says she was kicked out of Second Slice Pizza, located in Victoria, British Columbia, for breastfeeding her baby in public last week – and soon found herself "nursing" a grudge for the slight. Donovan was so upset, she posted about the alleged experience on Facebook and quickly organized a "nurse-in" as friends with babies joined her for a protest outside Second Slice the next day. According to some media reports, "dozens" of mothers and their supporters turned out for the protest, virtually shutting the pizzeria down. However, the owner of Second Slice told CBC News and other media outlets that the woman was not kicked out for breastfeeding. The real problem, he says: She and her friends were loitering without spending money.

Read more about the controversy here.