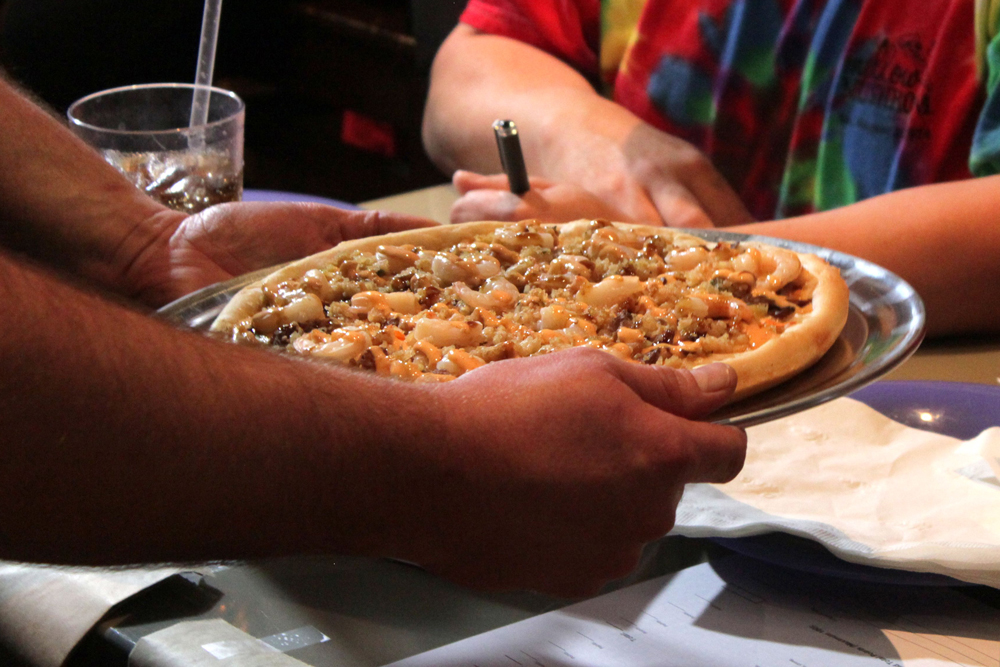 The creator of the Hibachi Pizza admits it can be hard to convince people to try his labor of love. Brad Corbin, a U.S. Pizza Team member and owner of Sloopy’s Sports Café (sloopyspizza.com) in Lakeside, Ohio, concedes that a pizza with ingredients like yum yum sauce, sauteéd broccoli, fried rice and sesame seeds doesn’t exactly induce a mouthwatering reflex in your average salt-of-the-earth upper Midwesterner. But give his multiple award-winning pie a try and you’ll be hooked for life, Corbin promises.

“I’m very humbled by the loyalty of my customers—like one man who drove four hours from Athens, Ohio, to try the Hibachi because he read an article about it,” recalls Corbin, who says he is committed to the pizza business for the long haul. “It’s actually hard to get people to eat it at first because it sounds so different. There is no cheese and no red sauce. But once they try it, they routinely swear it’s the best pizza they ever ate. I’m trying to establish specialty gourmet pizza as my niche. I want to create pies that are so far out of the box that people ask themselves, ‘Why should I eat this?’”

Fortunately, Corbin has succeeded spectacularly in getting patrons to take that first bite. With co-owner John Stephenson, he even recently opened a takeout and delivery shop in Port Clinton, only miles away from Sloopy’s highly popular original Lakeside location. “At least seven out of 10 pizza orders at the new shop are for the Hibachi,” Corbin notes, proudly.

“It’s actually hard to get people to eat it at first because it sounds so different. There is no cheese and no red sauce. But once they try it, they routinely swear it’s the best pizza they ever ate.”
—Brad Corbin, Sloopy’s Sports Cafe

The Hibachi is topped with a Japanese creamy sauce (yum yum sauce), chicken, shrimp, sauteéd broccoli, carrots, mushrooms, zucchini, onions, fried rice and an oyster/soy sauce combination, then finished with sesame seeds. The pie was voted the Best Pizza in America at the American Pizza Championship, held at the Florida Restaurant & Lodging Show in Orlando in 2012, and grabbed the top prize in the Pizza Pizzazz contest held the same year in conjunction with the North America Pizza & Ice Cream Show (NAPICS).

Yes, people love it, but what motivated a self-described small-town pizza lifer to stray so far from the simple certitudes of pepperoni and mozzarella? Try street cred and vision. “There are about 14 pizzerias in this county—plenty of competition,” Corbin says. “We’re a resort community near the lake, so in the summer business is booming. In winter, it’s minimal. I wanted to do something different that no one else is doing.”

Tapping into his years of experience—Corbin has worked in the pizza industry since he was 12—and his interest in Asian flavors, he developed the Hibachi in 2012 for the NAPICS competition, held annually in Columbus, Ohio. To his great surprise, his pizza captured first place. “After the competition, judges were coming out and introducing themselves, saying, ‘This pizza is awesome.’ I brought it back to my restaurant in Lakeside and debuted the Hibachi as The Pizza of the Month. My customers went crazy for it.” 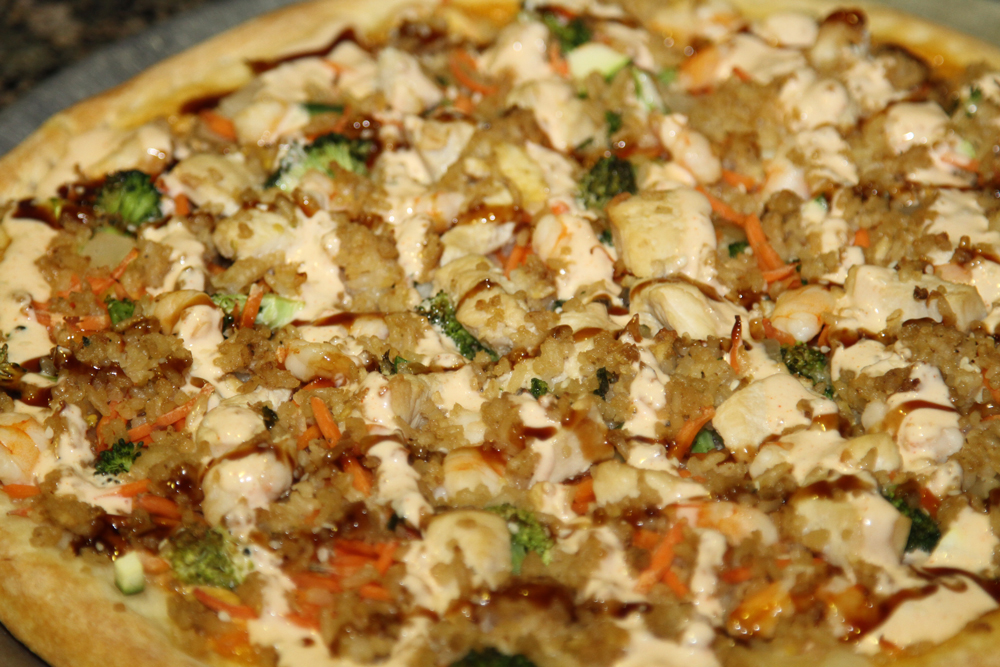 After the Hibachi also roundhouse-kicked the competition in the PMQ-sponsored American Pizza Championship, the emboldened pizza maker returned to NAPICS the next year with a new specialty concoction, called Paige’s Delight. “This one is made with a balsamic reduction, hand-cured bacon, marinated chicken, red onions, mozzarella and strawberry puree,” Corbin says. “After I take it out of the oven, I top it with fresh strawberries, cilantro and hot chili sauce.”

These may seem like striking flavor combinations for a Midwestern pizza maker, but Corbin is a take-no-prisoners entrepreneur. “I want my pizza to taste different than everyone else’s,” he says, with a confidence as straightforward as his commitment to quality. “My specialty pizzas and my pizzerias are successful because we use high-quality, fresh ingredients and prepare our pizzas with one priority —making the flavors gel. I’m not in the pizza business to make a buck selling junk.”

Sloopy’s Lakeside and Port Clinton, locations reflect Corbin’s heartland values. There’s a pizza joint on nearly every street corner. The local school is K through 12—in one building. But if you’re ever in this northern Ohio lake community looking for culinary inspiration that’s as far outside the box as yum yum sauce-coated pizza crust, Sloopy’s is a stop worth making. See you there!