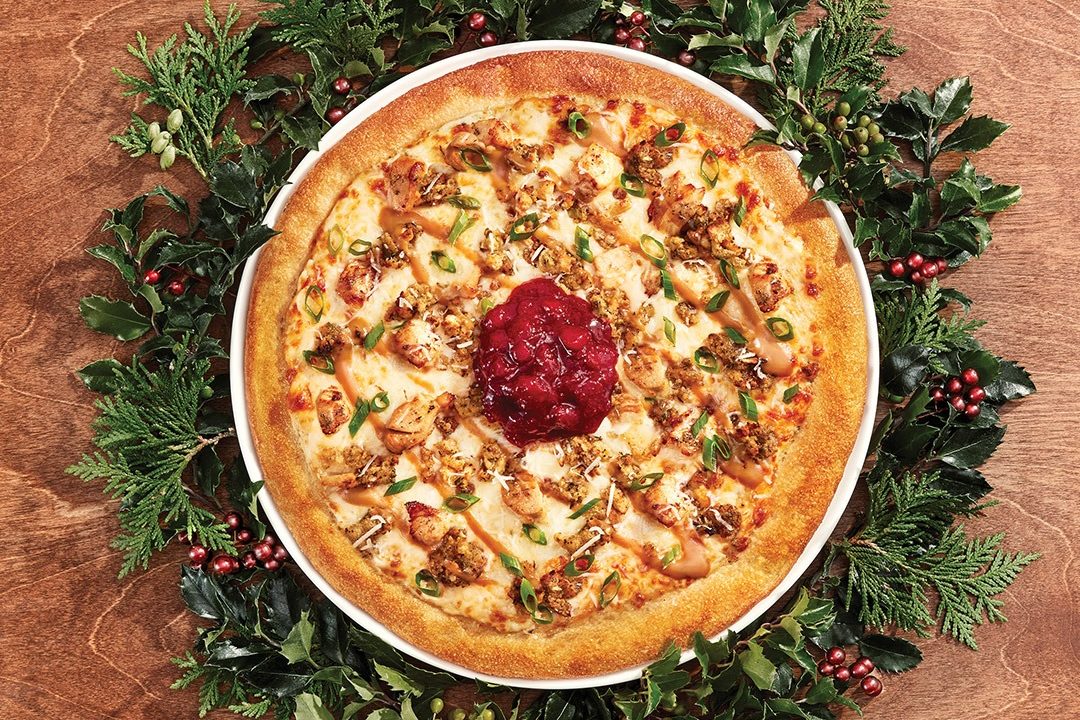 The holiday season with all its hustle and bustle has begun. Boston Pizza is already decking the halls with its new Christmas Pizza, which is a turkey dinner on top of a pizza.

Seasoned rotisserie turkey, house-made stuffing, rosemary cream sauce, and Italian cheeses are served on warm turkey gravy with cranberry sauce tying it all together. But the show-stopper is the musical number composed to the “Carol of the Bells” that the pizza box sings.  Yes, the pizza box sings.

The simple but direct ode to the gravy-laden pizza goes:

“Cranberry sauce.
Gravy on top.
Turkey as well.
And also cheese.
Why is there cheese?
‘Cause we love cheese.”

The pizza chain teamed with John St. agency to bring the Pentatonix-worthy song to dining tables. “Christmas is kind of stressful for a lot of people, so we thought it would be nice to have some fun with the pizza and the advertising at the same time,” said Angus Tucker, the chief creative officer at John St. to AdWeek. “And we think this work is almost as fun as the pizza.”

The ditty is one of many fun collaborations between the two.  For Father’s Day last year, the team crafted delivery boxes that can turn into TV trays, perfect for the world-weary dads just wanting a day to sleep in. They also created miniature 3D-printed plastic chairs to go with the pizza holder, resembling a Pizza Patio set.