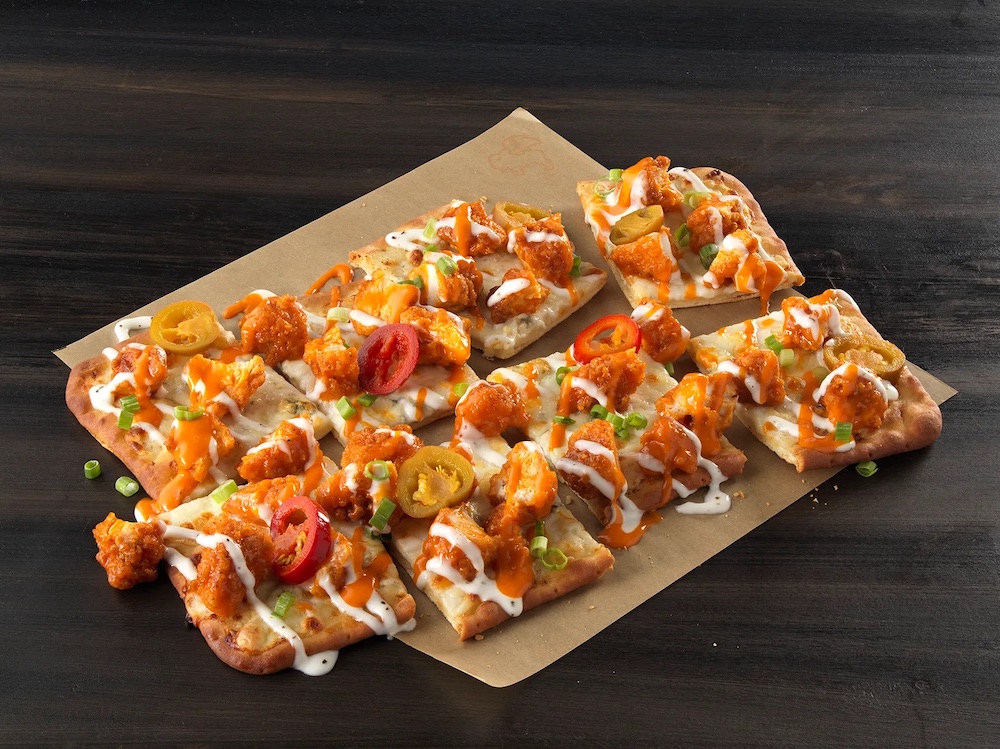 Buffalo Wild Wings aims to compete with pizzerias for a share of that football season scratch this year with its newest menu item: the Boneless Bar Pizza.

The pizza launched on August 17 and promises football fans “a new way to experience their favorite game-day noshes.” Rita Patel, the chain’s chief marketing officer, hopes the pizza will draw more customers to BWW locations to watch the gridiron action in 2022.

“With wings tossed in any of our 26 sauces and seasoning, 30-plus beer taps, wall-to-wall TVs and now Boneless Bar Pizza, why would fans choose to go anywhere else?” Patel said in a press release.

Of course, boneless wings are not actual chicken wings—they’re cut from the chicken’s breast meat, which is more abundant and cost-effective than wing meat. According to Restaurant Business, prices for bone-in chicken wings dropped below $2 a pound this year after soaring to $3.22 a pound in 2021 and ruffling feathers across the restaurant industry.

But boneless wings have their fans, too, and many pizzerias offer them as alternatives to the bone-in kind. Not to mention that some customers just prefer breast meat.

The Boneless Bar Pizza sells for $9.99 and will be offered for a limited time.