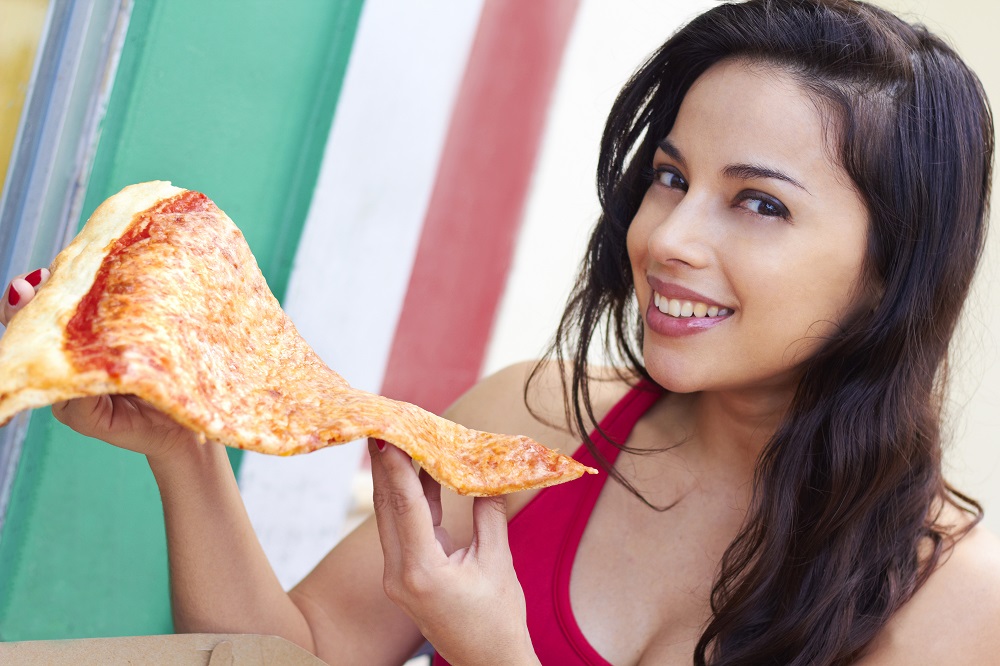 Plenty of pizza purists swear New York’s water is the key to that city’s superior pizza. But many experts, including Tom "The Dough Doctor" Lehmann and Scott Weiner of Scott's Pizza Tours, say they're all wet.

Food critic Laura Reiley says she knows it for a fact, thanks to a blind taste test at Top Slice Pizza in St. Petersburg, Florida.

According to Reiley’s first-person piece on yesterday’s Tampa Bay Times website, Top Slice owners Shan Bakrac and Benny Broqui, who own pizza shops in New York and Orlando, struggled with their dough recipe when they opened their new St. Pete eatery in June. Their dough would come out “too gummy, too sticky, too cracker-like and crunchy,” Reiley writes. “It required too much yeast, too high a baking temperature. The problem, they determined: St. Petersburg water.”

Bakrac and Broqui finally turned to New York Watermaker, a company that sells a machine designed to mimic New York’s famous water. As PMQ reported in March, the New York Watermaker filtration system can replicate the exact hardness, molecular structure and chemical composition of any city’s water, with New York water obviously being a popular choice for pizza restaurants.

According to Reiley, the Top Slice owners made a wise decision when they shelled out their hard-earned dough for the New York Watermaker machine. “I tried the water by itself,” she wrote. “The New York-clone water was neutral, refreshing, very little flavor on the finish. The St. Petersburg water was more eau du garden hose."

Next, she tried two plain, unadorned crusts without sauce, cheese or toppings—one made with plain local water and the other courtesy of the New York Watermaker machine. The latter was “a dark golden color with a good chew, its flavor somehow richer and more balanced,” Reiley reports.

After trying two finished cheese pizzas, she noted, “the one on the left [made with New York-style water] reminded me of all the times I’d ordered a walking slice in New York.”

Other pizzeria owners have tried to bottle the magic, so to speak, of New York water. Adam Greenberg, owner of Potomac Pizza and Bagels & Grinds in the Washington, D.C. area, sank $50,000 into an on-site water treatment facility to create his version of the sacred elixir. “In simplified terms, we filter, soften and remineralize the water to match the mineral content of the water in New York City,” Greenberg told PMQ in January. “We believe the differentiating factor is that the water gets filtered down through the Catskill Mountains and picks up some of that granite, which creates the hardness in the water. You need a certain amount of hardness when you bake, and we believe that is the differentiation in the water.”

Not everyone agrees New York water is that big a deal. Many, including Food and Wine, argue that New York pizza tastes better simply because New York pizzaioli are so good at making pizza. For his part, Weiner, who provides tours of New York's landmark pizza restaurants, has probably tried every pizza in the city – and they're not all equally good. "If every pizza in New York was great, then maybe there could be some truth going on," Weiner told WNYC earlier this year. "But I have to say, out of the 2,000-some-odd pizzerias that exist there, most of them are places that I wouldn't necessarily say are outstanding. And they're all using the same water."

Tom "The Dough Doctor" Lehmann has some pretty strong opinions on the subject, too. In an April 2011 article in PMQ, Lehmann wrote about the effects of water on pizza dough and recalled trying the pies at Pizza Amore in St. Thomas, Virgin Islands.

"The flavor was great," Lehmann wrote. "All you had to do was close your eyes and you would think you were in the Big Apple. They did this using local, potable water, directly from the tap. Being a fairly small island, St. Thomas gets all of its water from rainwater collection cisterns; all they do is treat it to destroy microorganisms, then filter it, and it’s good to go. This is a far cry from the way New York City gets its water, but the end result was the same, and in the end, that’s what counts."

"Now, if you still think you need special water to make your pizzas, just let me know," Lehmann added. "I can arrange to have water shipped to you in tank car lots for just $20 per gallon!"

Nevertheless, Reiley is one Florida foodie who's sold on that Big Apple ale. “There’s the scene in The Miracle Worker where Anne Sullivan looks on as Helen Keller runs her fingers under the tap,” she writes of her taste-test experience. “This was not dramatic like that. But still, it’s the water.”