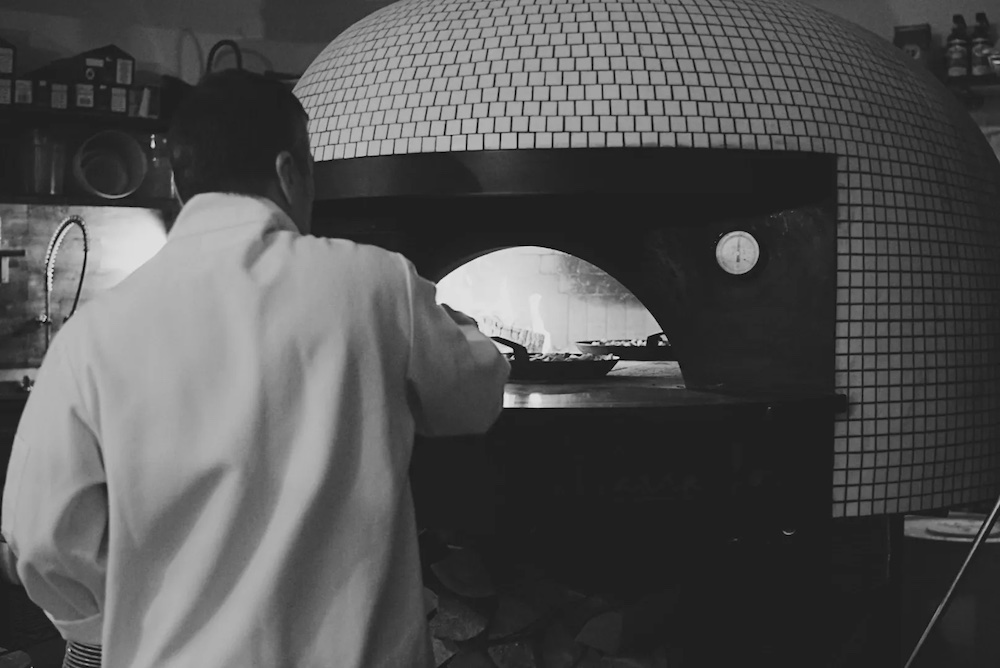 Related: From Rome with love: A crash course in authentic Roman pizza

New Jersey pizzaiolo Tomasso Colao, owner of the tiny but highly acclaimed Bivio Pizza Napoletana, has closed his shop for good before—back in 2015. But not really. Three years later, he and his wife Jackie reopened the restaurant in a different city. The fire, he said, called him back.

Now the lifelong jazz musician seems to be turning a deaf ear to the searing flames’ siren call. Last week Colao announced—quite abruptly—that he’s done. “The time has come,” he wrote in an Instagram post on September 18. In fact, as it turned out, he’d closed the store down permanently the day before the post went up.

Bivio has been described as “a small restaurant with a big punch,” renowned nationwide for its authentic wood-fired Neapolitan pies and ingredients like San Marzano tomatoes, flour imported from Naples, housemade mozzarella and Salerno olive oil. “But the real magic,” notes NorthJersey.com, “was in the thin, tender crust on his small personal pies, which had puffy edges with large, browned bubbles in the Neapolitan tradition.”

Colao’s crust featured a sourdough starter nicknamed “the baby,” which, as he told the Montclair Dispatch in 2015, came from a bakery on the island of Ischia in the Bay of Naples. At that time, Colao said he’d had “the baby” for 14 years.

Bivio started garnering high praise when Colao first opened the shop in Little Falls, New Jersey, in 2011. He closed it down in 2015, then reopened in Montclair, New Jersey, in 2018. From October 2021 until January 2022, he closed that shop while recovering from a minor surgery.

This time, Colao gave no reason for suddenly closing it again. “Bivio has been a wonderful journey for Jackie and me,” he wrote on Instagram. “Our vision of opening a small authentic pizzeria in June 2011 has exceeded all of our hopes and dreams.”

He thanked his staff as well as “all the food writers” who had hailed Bivio as “one of the best pizza Napoletana [shops] in the area.”

Colao added that closing the shop was a “bittersweet decision, much like a Napoletana espresso, bitter until tasting the sweetness of the unstirred sugar at the bottom of the demi tasse, like life—and so it goes.”

Colao made his living as a jazz musician before opening Bivio. Cooking, he told Montclair Girl, a local blogging site, “is like playing music. You got the heat from the fire, the colors from the flame, the rhythm of putting the pizza in, turn it, get it out. It’s a connection for me. It’s an artistic endeavor, and I’m passionate about it.”