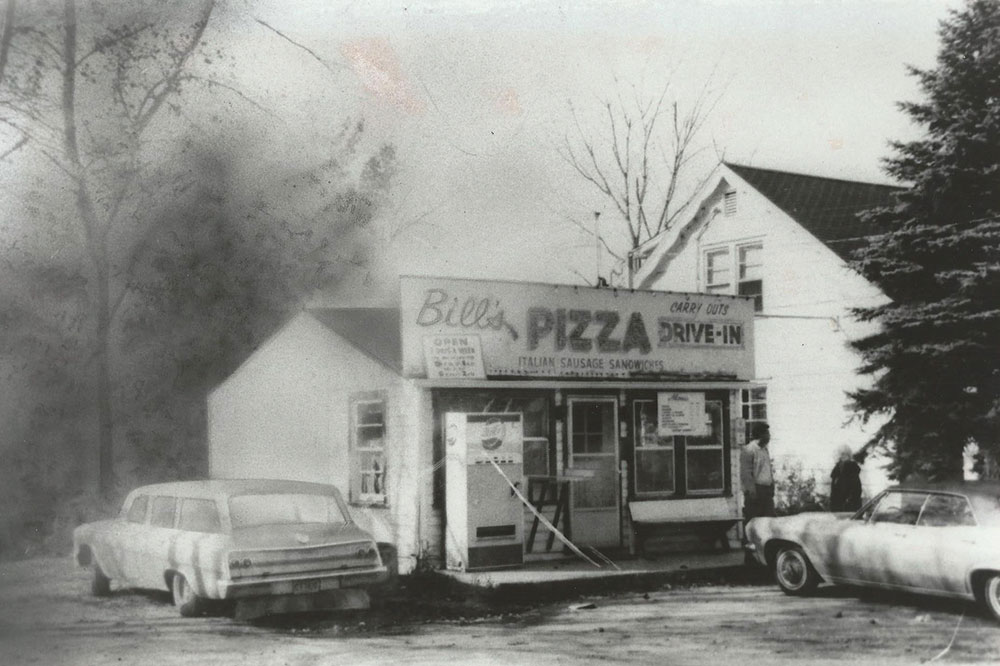 When most teens in the ’50s were cruising around town and lining up dates, 17-year-old Bill Kwiatkowski was embarking on entrepreneurship, purchasing a tiny sandwich shack in Mundelein, Illinois. He had worked at a pizzeria outside Chicago in his high school years, and he soon introduced the little-known novelty dish to the small town. Bill’s Pizza & Pub (billspizzapub.com), operated by Bill and his wife, Pat, suffered through some slow nights at first, but divine intervention was at hand. “Nearby there was a seminary for priests in training, and after curfew they’d order 20 pizzas—that really helped keep the business afloat in the early years,” laughs Mary Ann Rouse, daughter of Bill and current owner. “My father would hide behind a tree with the pizzas until someone snuck out to get them!”

But as Mundelein grew, so did Bill’s. In 1968, the couple bought the bar next door and turned it into a pub/restaurant (to this day, pizzas are still crafted in the original building and toted next door for dine-in). The pizzeria became known for its cracker-thin, crispy crust; pork fennel sausage; and Double Decker pizza, a two-crusted wonder developed by Bill back in ’75. Today, the North Woods-themed pizzeria remains a family (and family-friendly) affair, with free peanut baskets for patrons, who toss the shells on the floor, and with Rouse’s uncle, sons and nieces on staff.

Expansion has continued thanks to a second location, opened in Third Lake, Illinois, in 1999, as well as a growing frozen pizza business that places product in local grocery stores and Whole Foods. On its 50th anniversary, Bill’s hosted a ’50s shindig, complete with poodle skirts, $2 pizzas and an Elvis impersonator (lines snaked around both buildings for more than six hours). And the pizzeria has embraced Facebook to promote its unique events, like famed chef Norman Van Aken visiting for a book signing and whipping up Florida-inspired delicacies (think Pizza Cubano Nacho and mamey milkshakes). “In the old days, it was enough to just have an exceptional product,” Rouse says. “Now, it’s all about marketing. But most of all, I love that we’re so involved with the community and have thrived for so many years—even in trying times!”