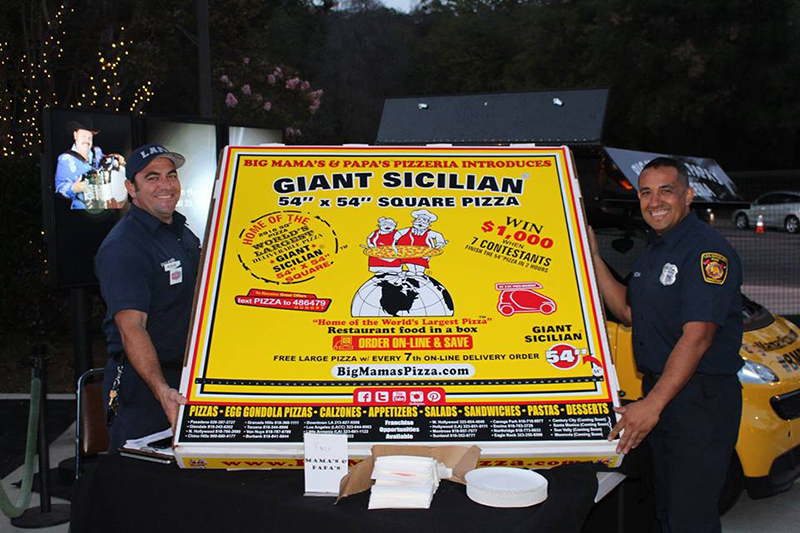 Big Mama’s & Papa’s Pizzeria, with 20 locations in southern California, gained international fame when Ellen Degeneres ordered their pies during the 2014 Oscar telecast. At the time, TMZ estimated that the exposure—which included Big Mama’s pizza being devoured by the likes of Angelina Jolie, Brad Pitt, Meryl Streep and George Clooney—was worth somewhere in the neighborhood of $10.8 million.

The chain’s latest video score wasn’t quite so splashy, but it still reached millions of viewers on Youtube, thanks to a little help from a clan of high-energy Californians known as the Family Fun Pack. Billing themselves as “Youtube’s most popular family,” the Family Fun Pack posts daily videos spotlighting its five adorable young children, all born with 39 months of each other, as they play, cook, eat, swim, roller-skate and enjoy adventures in places like Disneyland and various water parks.

To celebrate surpassing the 2-million-subscriber mark, the family rang up Big Mama’s and Papa’s to order the Giant Sicilian, a 54-inch cheese and pepperoni pie, which the video touted as “the world’s largest pizza.” That’s not accurate, but no one can argue with the viral success of the video: it logged nearly 6 million views and 26,500 likes.

The Big Mama’s and Papa’s Pizzeria logoed box—and, of course, the pizza itself—feature prominently in the video, especially when the wide-eyed kids throw open the box and scream in delight. Also on full display was Big Mama’s mini-sized delivery car, while the video’s intro described the pie as “really good … the crust was soft, and the toppings were delicious." Watch the video below to get the full effect!