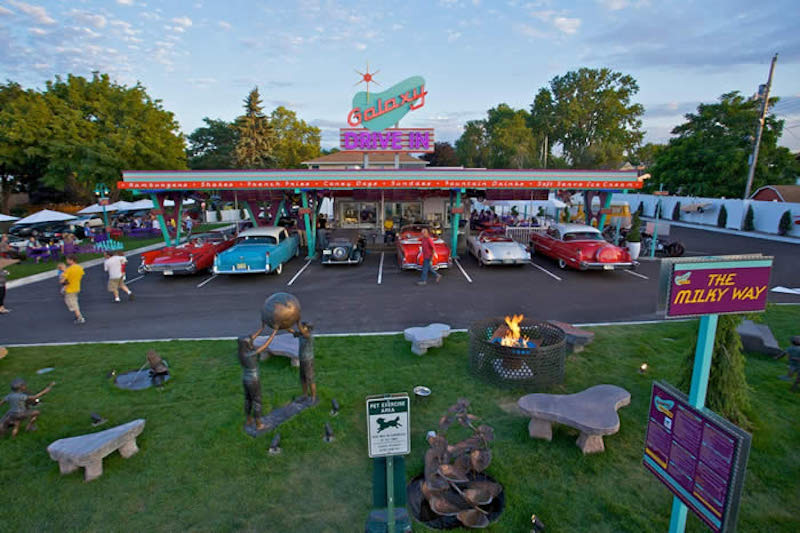 The former Clays Galaxy Drive In will be the site of a new pizza restaurant in Minneapolis.

Related: Kid-friendly pizzeria seeks silent partner to save the business

The founders of Famous Dave’s Bar-B-Que, a BBQ chain, and Rainforest Café, a themed restaurant chain, are muscling their way into the pizza business, according to the Star Tribune in Minneapolis.

“I’ve really been on this quest to make the best pizza in America,” Anderson told the Star Tribune. Schussler added, “When you try Dave’s pizza, you’ll never want anything else.”

Anderson was an early investor in Rainforest Café, which opened in Bloomington, Minnesota, in 1994 and currently has about 15 locations—mostly tourist destinations—around the U.S. Its menu features pasta, chicken, seafood and burgers, all offered in a setting that evokes a tropical rainforest. Anderson opened his first Famous Dave’s location that same year in Hayward, Wisconsin. Famous Dave’s presently has about 180 locations in 33 states. Anderson served as Famous Dave’s CEO until 1997 and stepped down as chairman in 2003.

Neither restaurateur is actively involved in the day-to-day operations of the chains they founded and aren’t looking to retire, they told the Star Tribune. “Neither of us plays golf,” Schussler said. “Retirement is not the end game.”