Does Beyond Meat Have a Pepperoni Problem? - PMQ Pizza Magazine 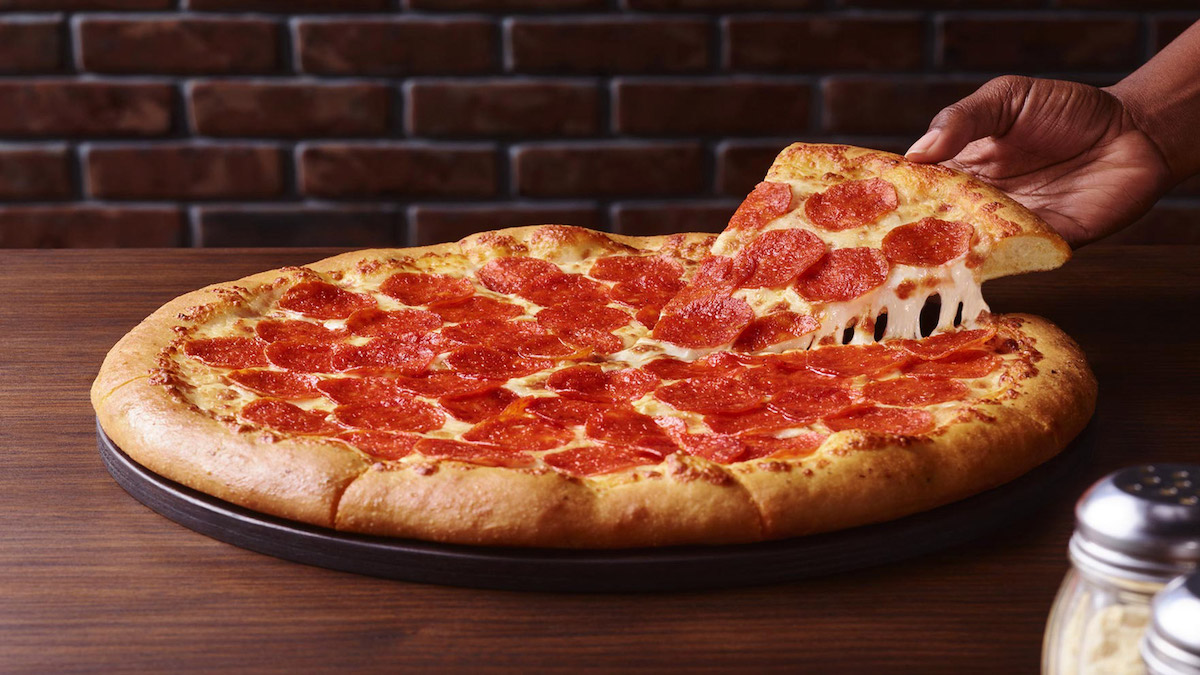 Beyond Meat and Pizza Hut partnered on a vegan pepperoni pizza last year.

Beyond Meat, a pioneer in vegan meats, has experienced setbacks while expanding its product line beyond its popular sausages and burgers, and a test of its plant-based pepperoni by Pizza Hut last year was marred by production issues, according to a recent report by Bloomberg.com.

In August 2021, Pizza Hut tested Beyond Pepperoni for a limited time at 70 stores in five cities. At the time, Pizza Hut said the meatless topping, which is made from peas and rice, was “crisped and seasoned to savory perfection” while delivering “just the right amount of subtle heat [with] the same experience and taste of Pizza Hut’s classic pepperoni.”

Since then, Pizza Hut hasn’t brought Beyond Pepperoni back. Beyond Meat and Yum Brands, Pizza Hut’s parent company, say they’re still collaborating on “innovative and delicious plant-based menu items.” But Bloomberg reports that the August 2021 test “kept hitting speed bumps” in production of the topping, and the cost to Pizza Hut was higher than expected.

The Bloomberg report is based on interviews with 19 current and former Beyond Meat employees and “a review of internal documents, photos and communications.”

There’s no question that Beyond Meat has had success in the pizza segment of the restaurant industry. Its plant-based Italian sausage and Italian sausage crumbles are featured on menus in pizza chains and independent shops around the country. When Pizza Hut introduced its Beyond Italian Sausage Pizza and Great Beyond Pizza, both featuring Beyond Meat products, in November 2020, David Graves, the chain’s chief brand officer, said, “I’d challenge anyone to go try [it] and tell the difference. I shared it with friends and family, and they couldn’t.”

The Bloomberg story focuses on the brand’s meatless pepperoni and chicken toppings.

Beyond Pepperoni’s production process starts with forming salami-like links, called chubs, which are then cooked and sliced. For the Pizza Hut test, Beyond Meat made the chubs at its Pennsylvania plant, then flew them to a European facility for slicing, then flew them back to the U.S. for distribution to the Pizza Hut stores. Beyond Meat has said that was the most efficient process, but the seemingly roundabout approach was “unusual for a company of that stature,” Sunil Pande, a veteran executive with Tyson Foods who works with restaurants and retailers, told Bloomberg. “Cost and complexity would tell you to do things in the U.S.”

Beyond Meat CEO Ethan Brown told investors in November 2021 that his company had overcome “numerous technical challenges” to make the meatless pepperoni and was “excited” about its potential. Still, Bloomberg reports, Pizza Hut “balked at the high price of the pepperoni and has expressed doubts about Beyond’s ability to produce it at a commercial scale.” And as of April 2022, “Beyond still hadn’t finalized its commercial process for making pepperoni,” Bloomberg says.

Meatless chicken has proven to be another challenge for Beyond Meat, Bloomberg asserts. Making pea protein-based burger is one thing, while creating plant-based chicken with the right texture and flavor is entirely different.

Beyond did get its fried chicken on the menus at KFC, another Yum Brands property, although that roll-out was plagued by production delays. “Beyond struggled in making the products according to Yum’s specifications and to produce enough of them,” according to the Bloomberg report.

Beyond’s vegan chicken, while generating healthy sales and giving KFC a marketing boost, wasn’t a big moneymaker, one analyst told Bloomberg. “In the first couple weeks it was out, it performed well,” he said, and seemed to attract new customers. But “the margins were really poor on the product.” The analyst estimated the cost of goods for Beyond’s plant-based chicken nuggets was about 40%, while the cost for real chicken is more like 30%-32%.

On the other hand, Toppers Pizza features Beyond Chicken on its vegan menu, including a signature pie called the Vegan Buffalo Chicken-Less Topper. Beyond Chicken is listed first among Toppers’ vegan-friendly toppings on the chain’s website, and Beyond is the only plant-based meat brand on the list.

Meanwhile, according to Bloomberg, Blaze Pizza, a fast-casual chain, tried Beyond Meat’s vegan pepperoni and similar products from other makers but never piloted them in its stores due to problems with taste and texture. Drew French, founder of Your Pie Pizza, told Bloomberg his company gave Beyond’s pepperoni a try, but it wasn’t a fit “in terms of taste or price point.”

Despite Beyond Meat’s setbacks, the demand for meat-free pepperoni continues to increase. Bloomberg notes that the product’s sales “are taking off,” with shipment of vegan pepperoni units to restaurants and retail foodservice outlets up 174% in the year ended in April.

Smaller chains are offering vegan pepperoni made by companies like Hormel and Maple Leaf Foods. Vegan pepperoni from Greenleaf Foods’ Field Roast brand is selling in 700-plus restaurants in North America, including Donatos, California chain Pizza My Heart and Chicago-based Sarpino’s Pizzeria. Hormel, meanwhile, offers its Happy Little Plants vegan pepperoni through more than 200 distributors nationwide. In February, Hormel announced a partnership to bring its various plant-forward topping options to restaurants owned by members of the World Pizza Champions.