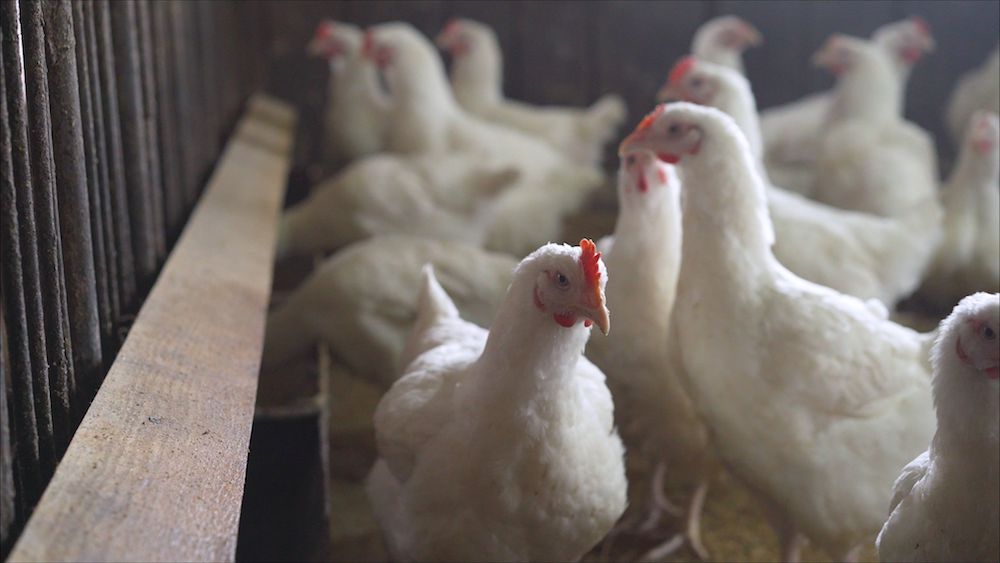 The Humane League, an animal advocacy group headquartered in Rockville, Maryland, has called on many of the country’s leading pizza restaurant chains to eliminate factory farming practices that result in cruelty to animals, particularly chickens.

In a report posted on its website, the Humane League noted that Papa John’s and several other fast-growing pizza chains have committed to a new policy that’s kinder to chickens, but it noted that others, including top pizza brands Domino’s and Pizza Hut, continue to allow inhumane practices in their supply chains.

The report, titled “The Price of a Slice,” describes conditions in which chickens are “crowded by the tens of thousands into sheds with no room to move around. Standing in their own waste because their sheds are almost never cleaned during their lifetime. Bred to grow so heavy, at such a rapid rate, that many can’t even stand up. Killed using a brutal system called ‘live-shackle slaughter,’ leaving half a million chickens boiled alive each year. These pizza restaurants allow this to go on every day. They have refused to bar these practices from supply chains, and they have never released a public statement about their standards for chicken welfare.”

“By failing to make this reasonable anti-cruelty commitment, these pizza chains are allowing unconscionable, unnecessary animal suffering to happen on their watch,” said David Coman-Hidy, president of The Humane League. “These companies need to be held accountable to making real and meaningful improvements to the cruel treatment of the animals in their supply chains, as so many competitors in the fast food space have already done.”

On the plus side, more than 200 companies have adopted the Better Chicken Commitment, a set of minimum standards for chicken welfare that address the most severe abuses chickens face in the U.S. Along with Papa John’s, the pizza chains include Blaze Pizza, Oath Pizza, &pizza and The Star Pizza.

The report notes that American consumers “have grown more and more concerned about the treatment of animals raised for food. They also feel that chickens are farmed in the worst conditions of any animal.”