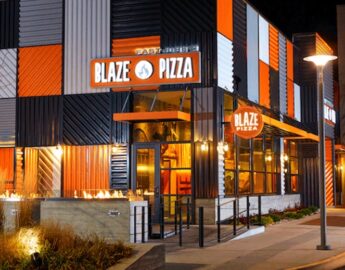 Blaze Pizza has appointed Beto Guajardo, the former president of Focus Brands International, as its new president and CEO.

Guajardo joins Blaze Pizza after overseeing the international business at Focus Brands, which included more than $400 million of chain sales in over 50 markets with 1,900 restaurants, 100 franchisees and eight brands (Cinnabon, Auntie Anne’s, Jamba, Seattle’s Best Coffee, Moe’s Southwest Grill, McAlister’s Deli and Schlotzsky’s). Before being promoted to this role, Guajardo was responsible for the turnaround of the 370-unit Schlotzsky’s brand, which resulted in 30 weeks of consecutive same-store sales growth under his leadership, according to a press release.

“I am incredibly energized and honored to be joining the Blaze Pizza team,” Guajardo said. “This is an exciting time for the brand, and I’m eager to continue the initiatives underway to enhance restaurant excellence and provide value for our franchisees and customers. We have significant opportunities ahead, and I look forward to working with the team to accelerate our next phase of growth.”

“On behalf of the Brentwood team, we are excited to start the new year with Beto at the helm,” said Rahul Aggarwal, partner at Brentwood Associates. “Blaze is an important brand in our portfolio, and Beto has extensive executive level experience leading global restaurant brands and building high performing teams. I am confident that he has the experience and strategic vision to lead Blaze, its franchisees and employees to achieve new levels of success in the future.”

Founded in 2011 and headquartered in Los Angeles, Blaze Pizza has more than 330 restaurants across 38 states and six countries.