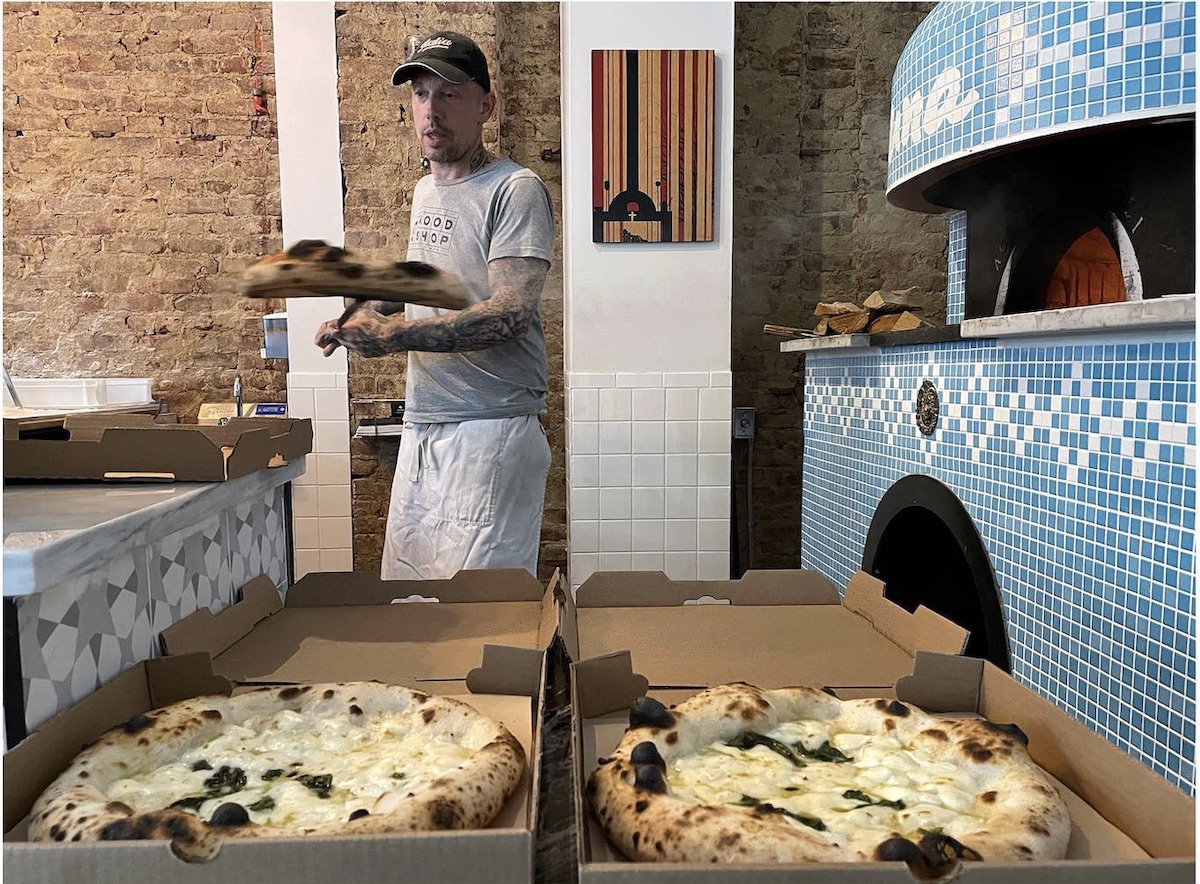 When it comes to naming the country’s best pizzerias, every well-traveled, die-hard American pizza fanatic has strong opinions. But what do experts from pizza’s motherland think? We’ve just found out, thanks to the online guide, 50 Top Pizza, based in Italy.

“I feel very grateful and humbled,” Mangieri told FineDiningLovers.com. “There are many other great places out there working hard and trying to push boundaries, so it’s a real honor. This inspires us to keep learning and growing every day to keep getting better.”

Mangieri noted that his dough is a key differentiation point for Una Pizza Napoletana. “The dough is naturally leavened and never refrigerated, and because I’ve been making the dough for 25 years, I’m continuously pushing hydration levels and trying new flour mixes. I also am constantly trying to source better and better ingredients.”

50 Top Pizza’s inspectors put the most emphasis on dough quality and raw ingredients, while also taking customer service into account.

New York City ended up with the highest number of pizzerias—a total of nine—on the list, while San Francisco and Portland, Oregon, each had five. The list, Scott Wiener of Scott’s Pizza Tours told the New York Post, “is particularly heavy in the Neapolitan category. The style took off here [in New York] before it did so in any other American city.”