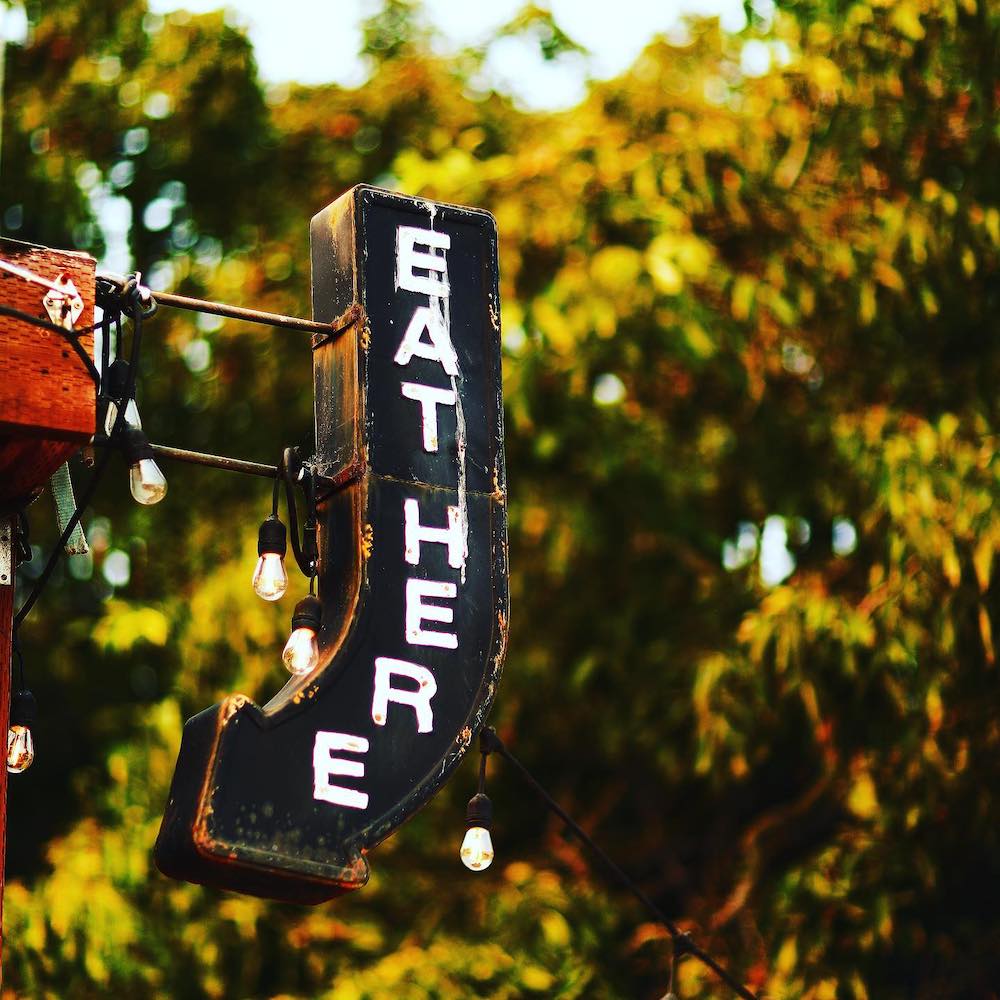 This old-fashioned sign welcomes customers to All Good Pizza in San Francisco.

Related: Is New York pizza about to get even more “edible”?

We are living in the age of “dining experiences,” but sometimes the best experience is the bare-bones kind. For foodies who crave good pizza over ambience, Cheapism.com has listed the “Best Hole-in-the-Wall Pizza Joints Across America.”

As Cheapism’s writers note, “It pays to travel off the beaten path when you’re searching for a good meal, even if it takes you to a strip mall in the middle of nowhere or a restaurant that only has two tables and a walk-up window.”

To compile their list, Cheapism looked for “under-the-radar pizza joints that may not typically grab national headlines due to their low-key nature” but still get rave reviews online.

Among the treasures were Hup’s Pizza in Milwaukee, described as “no more than a little roadside shack” on the city’s north side with a waiting area that’s “about the size of a phone booth.” Even so, “fans say the thin-crust, square-cut pies are worth any inconvenience.”

And if those spots sound too fancy for your taste, you can always make the journey to Sundance, Wyoming, near Devil’s Tower. There, you’ll discover Cowgirl Pizza & Laundromat, where customers can do their laundry on one side of the building while digging into a meat-lovers pie from the kitchen on the other side. Or try Cranky Hank’s in Dowagiac, Michigan, which also peddles fishing bait and tackle, or the 51-year-old Deano’s Pizza in Lafayette, Louisiana, home of the Cajun Samurai pizza, featuring a crispy cracker-thin crust topped with fried shrimp, chow mein noodles, green onions and a “zesty yum-yum sauce.”

Some of Cheapism’s hidden gems aren’t so hidden. In San Francisco, All Good Pizza serves up Neapolitan-style pies from a food trailer, and diners enjoy their feasts on picnic tables in a parking lot covered in wood chips. And if the urge hits you mid-meal, you can relieve yourself in the nearby porta-potties. But don’t get the wrong idea: media outlets like the San Francisco Chronicle, Eater and Thrillist have all sung the praises of All Good Pizza.