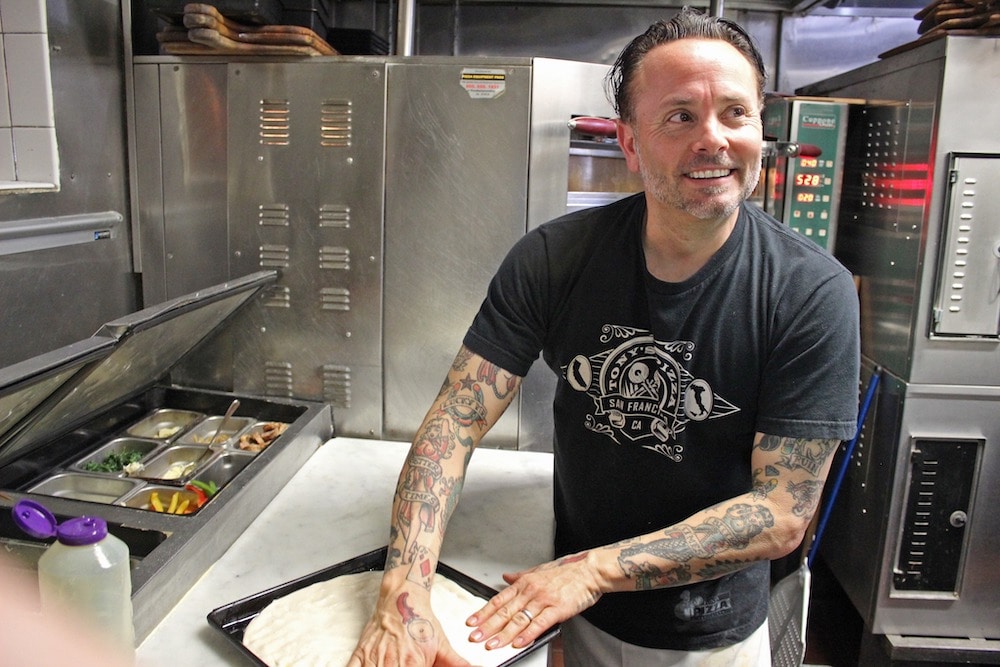 Tony Gemignani is the owner of Tony's Pizza Napoletana and several other pizza concepts.

An Italian website covering the world’s best pizzerias has declared Tony’s Pizza Napoletana in San Francisco the No. 1 pizza joint in the United States for 2021, followed by Una Pizza Napoletana in Atlantic Highlands, New Jersey, and Spacca Napoli Pizzeria in Chicago.

50TopPizza.it bestowed master pizzaiolo Tony Gemignani’s San Francisco eatery with its top Prosecco DOC Award. Gemignani is “a true pioneer for pizza in the United States because, while satisfying his clientele, he is also faithful to tradition,” the site declared. “In fact, the styles of pizza are varied and distinct, from the simply wonderful Neapolitan pizza, made with a very light dough, to the American-style pizza, from the New York-style to the typical Sicilian pizza, as well as the standard gluten-free options. The doughs all follow high quality standards, and excellent raw materials are used, which are often Italian.”

The site praised Anthony Mangieri, owner of No. 2 Una Pizza Napoletana, as “one of the most important protagonists of Neapolitan-style pizza in the U.S.A.”

“The pronounced crust is very reminiscent of that of the ‘canotto’ (resembling the inflatable boat), [and] the dough is perfectly leavened and bubbly and very fragrant … The proposal of ‘special’ pizzas, as well as the classic ones, is interesting.”

Click here to see the complete Top 50 list of the best U.S. pizzerias as ranked by 50TopPizza.it

Jonathan Goldsmith owns Spacca Napoli Pizzeria, the site’s No. 3 choice. 50TopPizza.it noted that Goldsmith’s passion for Italian traditions and cuisine “has spilled over into his establishment … The pizza is in the Neapolitan style, just like it is made in Naples in terms of craftsmanship and ingredients. It is very impressive.”

Related: Neapolitan pizza gives us something to be thankful for

New York boasted the largest number of pizzerias (11) in the top 50 list, followed by Chicago (six) and San Francisco (five).

“Our ranking is the result of the hard work of the Top 50 Pizza inspectors who, for an entire year, examined an enormous number of pizzerias located throughout the country,” the site reports. “Their visits were always anonymous in nature, as is the policy of our guide.”

The “inspectors” assessed the quality of the dough and ingredients used for toppings, along with service and wine and beer selections.

“Many establishments in our ranking are owned by Italian-Americans,” said the project’s curators, Barbara Guerra, Luciano Pignataro and Albert Sapere, in a statement on the site. “This is a sure sign of an immigration that started over a century ago and that still continues today … There is diversity in the styles of pizza found here, from the classic Neapolitan to the New York style and many others in between.”

The site also noted the trend of “uniting pizza-making with bread, the ‘white art’ by definition. Many establishments present in this ranking, including some of the names at the top of the list, often have a parallel bread business next to their offer of pizza, proposing products of equal quality. This new trend is also sweeping through Italy and Europe.”