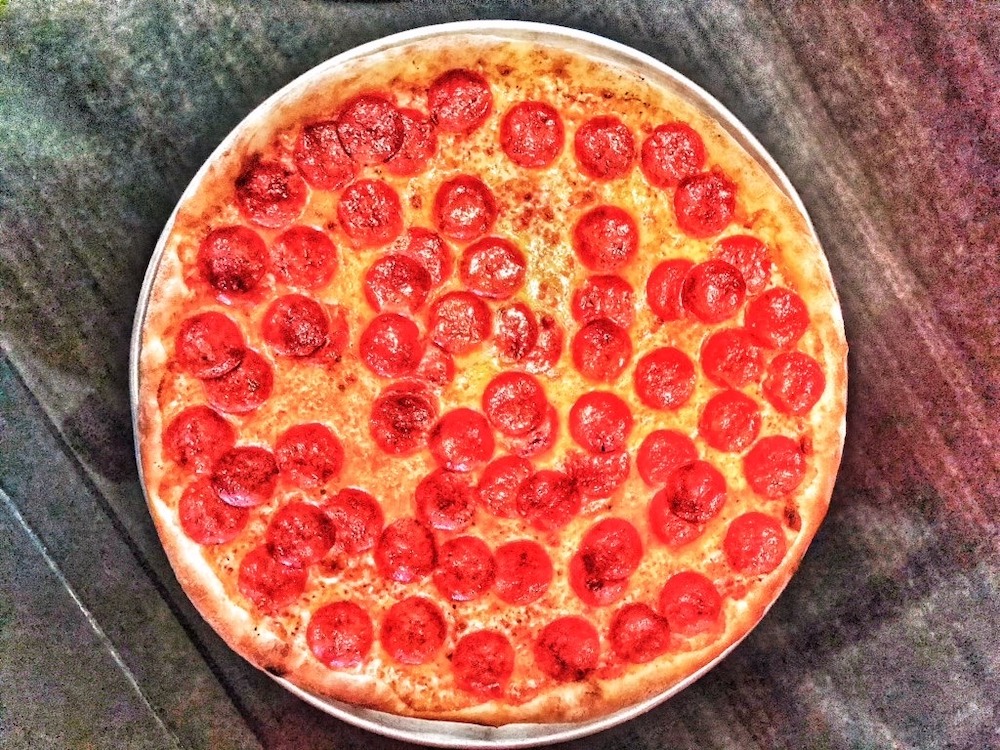 Thin-crust pizzas at New York City Pizza are wildly popular, according to a report from BentoBox.

There’s something special about the New York-style-pizza at New York City Pizza in South Carolina—something that makes customers keep coming back for more. We don’t know exactly what it is because we haven’t tried it yet. But the small regional chain served the most popular menu item for online orders in the country this year, at least according to BentoBox’s 2020 Restaurant Trend Report.

BentoBox, which offers online ordering, gift cards, websites and other services for restaurants, released the report on December 16. It’s based on data and insights from BentoBox’s 6,000-plus restaurant clients around the world. More specifically, the 2020 Restaurant Trend Report “measures the digital transformation of restaurants, including adopting technologies like QR codes and direct online ordering to bypass third parties.” It also examines the rise of ghost kitchens and pop-ups in the restaurant industry.

The report found that New York City Pizza’s New York-style thin-crust pizza was the most ordered menu item for 2020. Owned by Robert Saxton, New York City Pizza has five locations in South Carolina, including Hilton Head and Charleston, with a menu that ranges from pies to sub sandwiches, pasta entrees and calzones. According to Celebrate Hilton Head, Saxton grew up around first- and second-generation Italian-Americans and developed a passion for Italian street food in his youth. Prior to opening New York City Pizza, he and a partner owned a string of fine-dining restaurants in South Carolina.

Among BentoBox’s runnerups for the most ordered menu item were the Egg, Cheese & Meat Bagel from Brooklyn Bagel Bakery in Arlington, Virginia, and the World Famous Tacos from Chubby Tacos, with three stores in North Carolina and one in South Carolina.

Meanwhile, the report noted that the average monthly online order volume grew 250x since the pandemic began in March, with an average spend of $59.18 per order. Sales of at-home meal kits, meanwhile, increased 13x in 2020 compared to 2019, with pizza ranking among the most popular types.

Not surprisingly, BentoBox found that technology played an integral role in restaurant sales as customers placed more delivery and carryout orders and restaurants dealt with lockdowns and restrictions on indoor capacity limit.

“New and existing tools like QR codes served an essential role in maintaining social distance as restaurants approached contactless dine-in capabilities fit for our new normal,” the report states. “In addition to restaurants increasingly adopting technology, the popularity of ghost kitchens skyrocketed, increasing 60x in 2020 from 2019. These virtual restaurants acted as a low-risk way to test new concepts and locations in a digital dining environment.”

“This year’s restaurant trends highlight the grit and perseverance of the hospitality industry during a year of unprecedented challenges,” said Krystle Mobayeni, co-founder and CEO of BentoBox. “Together, restaurants, industry leaders and diners rallied to adapt, pivot and rebuild, setting the stage for a more sustainable, self-reliant future.”