Ben McLemore Brings It Off the Court - PMQ Pizza Magazine

Replacing former Sacramento King’s Point Guard, Isaiah Thomas, as the “Pizza Guy”- Kings’ Shooting Guard Ben McLemore has some big shoes to fill. The 2012-2014 run of Isaiah as the “Pizza Guy” was a successful commercial campaign not only for the Sacramento region, but was a viral hit across the nation.

The new 15 and 30 second spots will air during the Sacramento Kings games and feature Ben learning what it takes to the be the best “Pizza Guy.” There are indeed skills that can tandem on and off the court. Being the Pizza Guy requires speed, natural talent, and style- or that is at least what the new “I’m a Pizza Guy” commercials aim to convey.

Ben was enthusiastic about the new spots that will begin airing October 29 during the first game of the season saying, "The people of Sacramento have been so good to me from day one. I'm proud to represent one of their most-loved brands. I was a fan of Pizza Guys way before I became the Pizza Guy-In-Training, so it's a good fit. Man, they're working me hard as you can see in these commercials. This was the first commercial shoot I've done. It was a blast. I'm thinking about taking up acting after I retire from basketball… Well… I hope you enjoy the spots. If not, there's always singing…"

The commercials will also be available for viewing on YouTube and through Pizza Guys’ Social Media Platforms. Viewers can connect on the topic through social media by using #ImAPizzaGuy on Twitter and Instagram. 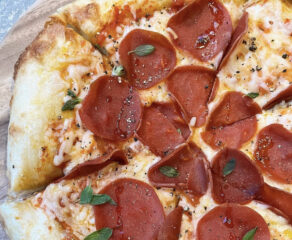