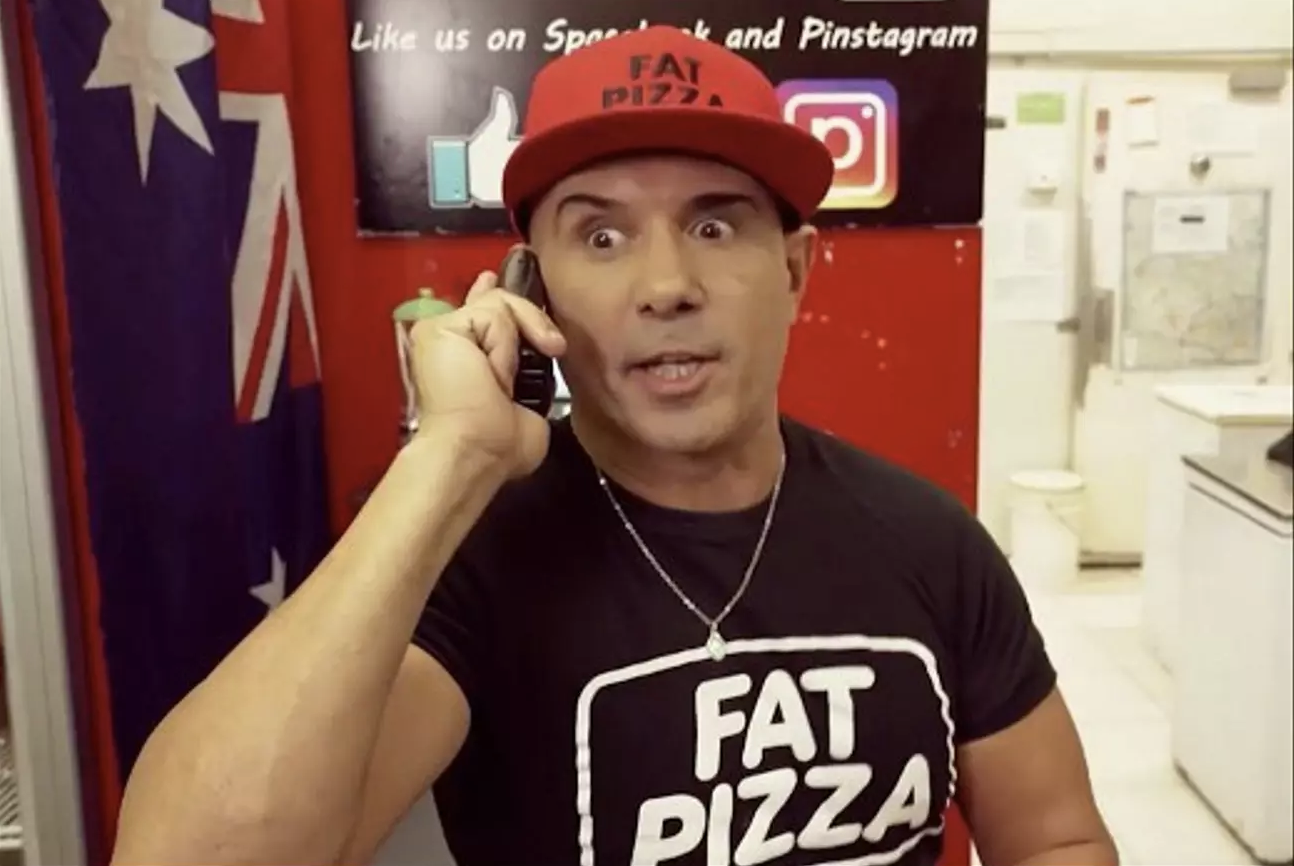 Pauly Falzoni takes reins as the new owner of the infamous Fat Pizza.

Beloved Australian comedy series, Fat Pizza, is returning to tv screens tonight down below, and this time the put-upon pizza deliveryman Pauly Falzoni is calling the shots as the pizzeria owner.

The show is outlandish with exaggerated drama that a regular pizza maker faces in their careers. Well, if encounters with aliens, killer kangaroos, bikers, petty criminals, the CIA, the Australian Army, terrorists, organized crime gangs, and Satanic doomsday forces could be counted as routine. Yet Pauly survived all that on top of the sociopathic boss Bobo who charged for toilet paper at a dollar per sheet.

Now as a pizzeria owner, Pauly must fight the councils, street gangs, politicians, and above all a new foe: third-party delivery apps.

“Fat Pizza is one of the boldest Aussie comedies on television,” said Pauly Fenech, show’s creator and lead role to 7NEWS. “Get set for bigger and cheesier storylines straight from the headlines. Social media trolls, get ready to rumble!”

This tv show is in Australia only, but for the die-hard fanatics of all things pizza including slapstick satire that’s similar to It’s Always Sunny in Philadelphia… the premiere can be watched online.