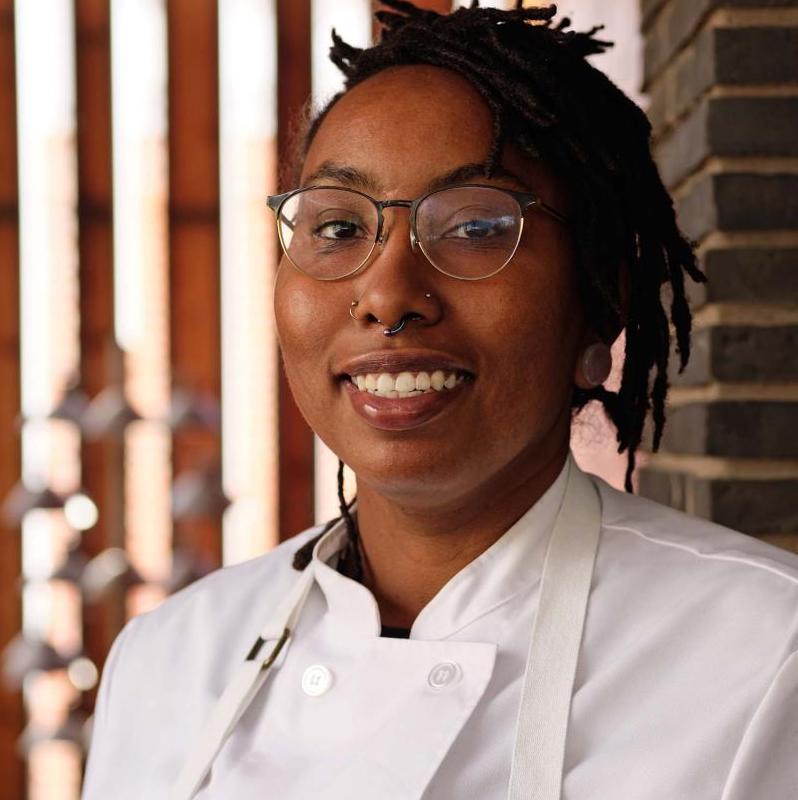 This year’s Bar & Restaurant Expo, held March 21-23, celebrated a diverse group of innovators and concepts with its Industry Excellence Awards, including Rhonda McCullar of Uchi Dallas, who was named Chef of the Year; Operator of the Year Barbara Sibley of La Palapa New York/Holiday Cocktail Bar in New York City; and Bartender of the Year Josh Davis, founder of Brown & Balanced, a nonprofit organization for black bar and hospitality professionals.

The Bar & Restaurant Expo drew more than 10,000 attendees to the Las Vegas Convention Center, according to a post-event press release. The event featured 350 exhibitors and more than 80 conference sessions with industry professionals as well as the Interactive Restaurant Zone, the Food & Beverage Innovation Center, and other attractions.

The Industry Excellence Awards “recognize, celebrate and support the people who make the independent bar and restaurant industry great.  These awards honor leaders and teams for their talent, in addition to their integrity and commitment to equality, sustainability, community and culture across the industry.”

Awards were given out in 10 categories, with winners selected through a two-part judging process.

McCullar, a vegetarian and chef de cuisine at Uchi Dallas, is known for creating protein dishes with the skill and deftness of the best meat-eating chefs. A 2012 graduate of Le Cordon Bleu Institute of Culinary Arts in Dallas, she worked for Marriott before joining the newly launched Uchi Dallas in 2015. McCullar “truly embodies each element we wanted to recognize with this award: culinary excellence, sustainable practices and an inclusive culture,” the BRE release states. “This chef is committed to limiting waste within the kitchen and has found innovative ways to repurpose ingredients that are commonly tossed aside. She has become the heart of her kitchen, leading by example behind the pass and beyond it.”

As BRE’s Operator of the Year, Sibley “has proved time and time again that she is capable of sustaining a business and taking care of her team,” the company said. “Her people-first approach extends beyond her staff into her community, where she feeds those in need. She has created a long-lasting legacy for herself in New York, championing regional Mexican cooking at a time when Tex-Mex reigned supreme, expanding her concepts, opening within a food hall, restoring a bar, and serving as creative director for a cocktail program.”

Davis easily fulfilled the Bartender of the Year criteria, which honors “a bartender of exemplary performance both behind the bar and beyond it … working to improve the industry at large and serving as a positive example for other beverage professionals.” Davis “has dedicated himself to uplifting the next generation of bartenders and highlighting exceptional talent that is often overlooked. [He] is a champion of black bartenders in addition to running an iconic bar program and serving as a source of guidance for bartenders around the country.”

The event’s Restaurant of the Year award went to Lumi by Akira Back The San Diego eatery is a “beautiful rooftop restaurant [that’s] making waves in their city for their international flavor inspirations, immersive atmosphere and stunning presentation.”

Cosmic Gorilla in Cincinnati, a combination comic book shop and bar, was named the Most Original Concept, while Jeremy and Natalee Price of Taste of Tuscany Ristorante in Sacramento took home the Community Leadership Award.

Two women tied for the Innovator of the Year award: Christie J. Lawler, founder of the WITI Group, a nonprofit that empowers women in hospitality, and Lindsey Johnson, founder of Lush Life Productions.

The next Bar & Restaurant Expo is scheduled for March 27-29 in Las Vegas.