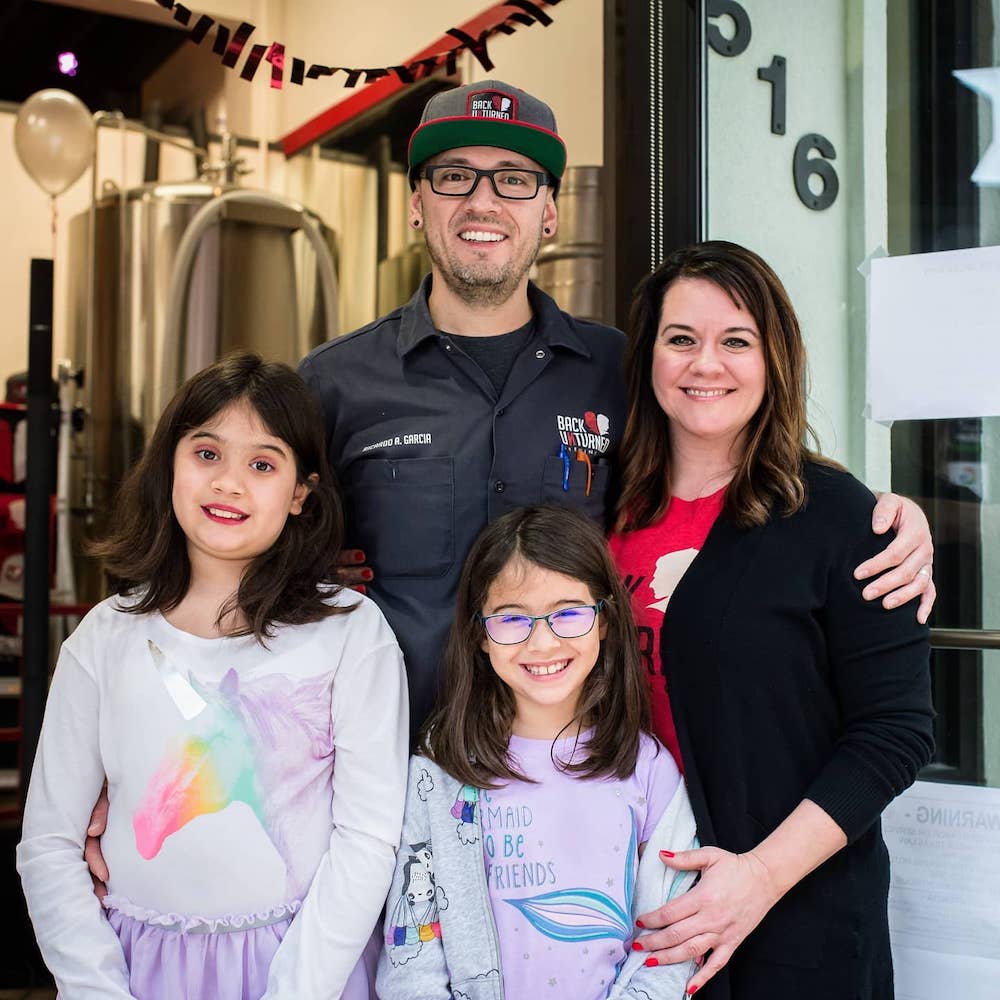 Back Unturned founder Ricardo Garcia and his family

Back Unturned Brewing Company aims to make sure getting a hot meal is “easy as pie” for homeless people in San Antonio, as the San Antonio Current recently reported.

Ricardo Garcia, an immigrant from Colombia, started brewing beer on his own kitchen stove and became “completely obsessed” with it. He founded Back Unturned in November 2019. He came up with the brewpub’s name to illustrate his belief that you should never turn your back on your dream.

But Garcia also knows that some people’s lives take a turn for the worse due to circumstances they can’t control. In June 2020, Garcia launched the Easy as Pie program, providing free hot, personal-sized pizzas and beverages to homeless people—no questions asked.

“They are human, too,” Garcia told the Current. “I just want to show them some love and give them something to eat.”

He admitted that he once bought into the negative stereotypes about homeless people “and questioned, why can’t they just get jobs?” But a nudge from a higher power gave him a new perspective. “God just told me one day I had to change my views and find a way to help them,” he said. “I’m doing this program to just help the people. ”

The Easy as Pie program runs from 11 a.m. to 2 p.m., Monday through Friday, with free food offered to the first 10 people in need. Most of the costs are covered by Back Unturned, but customers also donate to support the cause, which is touted in signage on the front door and tabletop displays.

In Back Unturned’s early days, Garcia was giving away up to 75 pizzas a week to local homeless people, but it became too expensive, he told the Current. “We would lose out on about $350-$500 a week,” he said. “And it was hard because I had to pay the bills as well.”

Capping the program out at 10 people per day has helped Garcia to continue doing good in his community without hurting his bottom line. He also provides a donation bin for non-perishable foods, clothes and shoes for people in need.

In a video on the Back Unturned website, Garcia talks about the importance of following one’s dream—and how he discovered his own life calling. “God created man in His own image, so I’m closest to God when I create,” he explains. “And I think that’s what He has instilled in me that’s given me so much drive and passion to go after [my dream].”