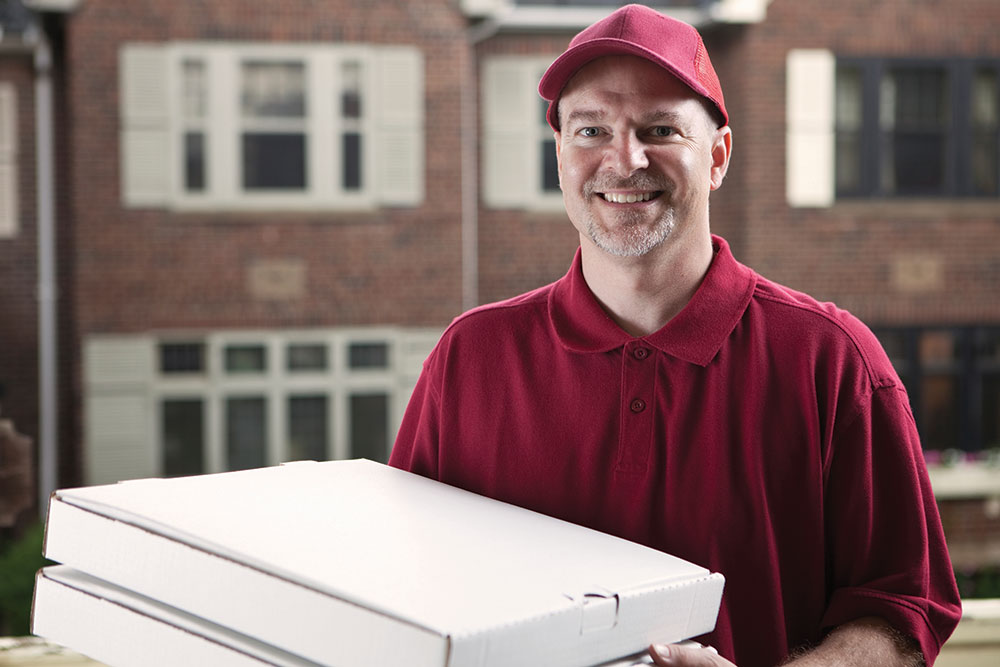 Back in my college days, which lasted a lot longer than I’d like to admit, I went through my share of colorful roommates. I won’t use their real names here, but there was a guy we called “Rambo,” a tall, skinny wannabe soldier of fortune who wore paramilitary camouflage to class and could have passed for a hairier, scarier version of Olive Oyl from the old Popeye cartoons. There was a strapping, blonde-haired Swede who dipped imported snuff and looked like a young (and frequently drunk) Santa Claus, complete with twinkly blue eyes and blushing-red cheeks. And then, for one long, unpleasant summer, there was Tim (again, not his real name), a computer geek before that was cool who delivered pizza at night to fund his Nintendo habit.

My problem with Tim was not that he delivered pizza, which, of course, is honorable work. My problem with Tim was that he had no business delivering pizza and must have actually lost his employer more business than he earned. He was, to put it politely, singularly unfit for the job. He could be charitably described as rude, haughty and unkempt; panting and florid, he showed up at customers’ doorsteps wearing a half-untucked shirt and a look of irritation on his sweaty face because he just knew they weren’t going to tip him enough. He’d come home at night and complain endlessly about his job. His manager was stupid, he said, and the pizza makers never got the orders right. Every mistake was someone else’s fault.

He delivered some pies to a party one night and thought it would be a good idea to grab a beer from the nearest cooler and kill it before he continued on his rounds. I was there—I witnessed this. I had to pretend I didn’t know the guy. Even my girlfriend at the time—who was usually friendly to everyone—avoided him. She wouldn’t come over to our apartment when he was there. “Tim the Terrible,” she called him. I couldn’t argue.

Although technology and consumer tastes have evolved, the basics of the pizza business haven’t changed much since the late 1980s. For operations with a strong delivery component, getting fresh, hot pizzas to customers on time and without errors is as challenging as ever. In this month’s article, “Special Delivery” (page 40), Tracy Morin reviews the fundamentals of effective pizza delivery, such as choosing the right POS system, using your pizza boxes as marketing tools, and, of course, hiring great drivers. At the Toppers (toppers.com) chain, for example, drivers know to bring along little extras—such as paper plates and napkins—for hotel deliveries, while drivers for A Slice of Italy (mysliceofitaly.com), located in Bakersfield, California, even help set the dinner table and pour drinks for one regular customer with a disability. The best driver, as one operator explains, is one who “treats the customer as his own client, not just the pizzeria’s client.”

I hope you’ll read Tracy’s article this month and take the experts’ tips to heart. Even if you think you already know everything about delivery, you will probably learn something new and useful. And, if nothing else, I hope you’ll take a good, hard look at your driver staff and make sure you’re not sending any “terrible Tims” to your customers’ doorsteps.