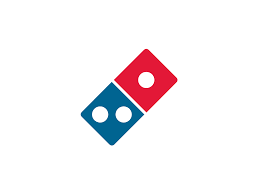 Domino's Australia is giving fast food a run for its money.  Or at least that's the promise Domino's Australia's CEO Don Meij aims to do with priority delivery service at Domino's pizza.  Last August Meij announced that Domino's would be offering faster delivery for a few extra in addition to the normal delivery fee (news.com.au).  The guarantee states that customers who pay $5 extra can expect their pizza in under 15 minutes whereas customers who pay $3 can get their pizza delivered in under 20, otherwise it's free.

But making the nearly impossible possible hasn't been easy for Domino's down under and the roll out has been put on hold with the real launch expected this March.  Domino's stands by the saying "slow where it matters, fast where it counts," underlining their commitment to quality and safety of their drivers while kicking delivery competitors in the bullocks.

Domino's has already had some success with a 10 minute delivery guarantee in Brisbane's inner city (news.com.au) which was launched in December.  The BBC reports Domino's commitment to speedy delivery may be the source of Domino's Australia's 55% rise in profits this year.  An anonymous informant for PMQ in the oven industry has said that Domino's Australia is orchestrating this with par-baked pizzas which differ in quality fom the normal product, but this has not been verified.  And based on their Brisbane success, customers either can't tell the difference or they are willing to order (and pay extra) anyhow for the promise of quick delivery.

In America, faster delivery times are brewing in pizza chains too.  Customers ordering from Papa John's out of Louisville, KY are now being offered priority delivery for an extra $5.  There is no time limit guarantee but the order will be moved to the front of the line and only 5 priority orders per night are accepted.  There is still no official announcement from Papa John's on the new PapaPriority, though it is listed on their website.

Will even speedier delivery by the chains be a threat for independents? Or is it a call of desperation?