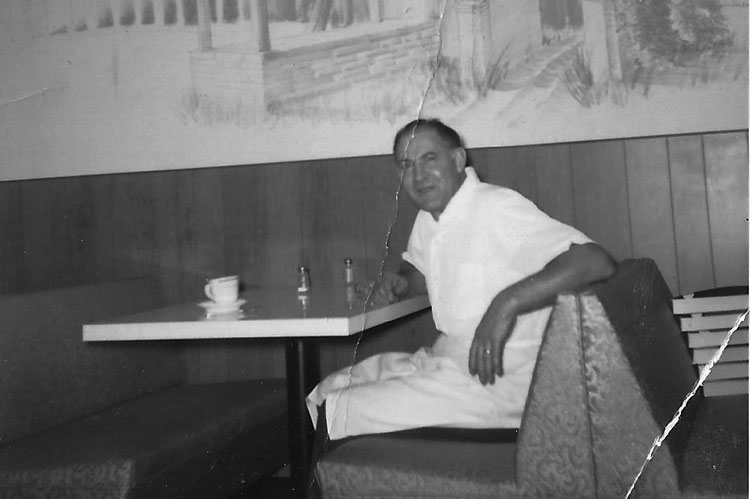 After arriving in the States as a teenager, Augie D’Amicone, raised in the mountainous Abruzzo region of Italy, was drafted for the U.S. Army as part of the 10th Mountain Division, a group of ski paratroopers in World War II. Once back in America, he worked various jobs; a shoemaker by trade, he also made cheese in Middlefield, Ohio, selling his product to Italian importers—including a Mr. Gallucci (for whom Augie also made shoes).

It was Gallucci who, in 1964, helped Augie start up his own pizzeria, Augie’s Pizza (augiescatering.com), in Warrensville Heights, Ohio. Augie and his wife, Mary, developed the recipes from scratch. “In that area, pizza was in its infancy, but he was a stickler for quality, precision and detail,” recalls Daniel Jenks, who co-owns Augie’s with his wife, Deborah (Augie’s daughter, who grew up sleeping in the pizzeria’s booths). “Success was based on word-of-mouth and the quality of the product. And if you met Augie, you loved him. He’d work the ovens and talk to customers with a smile on his face.” 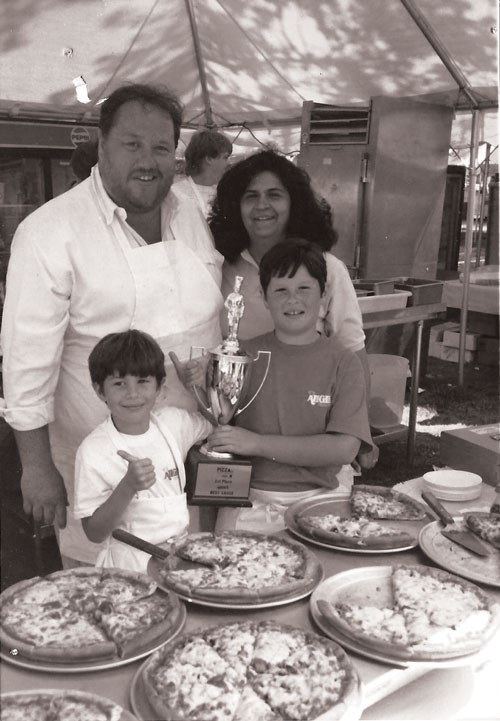 But Augie’s bigger dream was to set up his three daughters with their own pizzerias. Teresa and Tom opened their Maple Heights, Ohio location, Teresa’s Pizza (teresaspizza.com), in 1969; their son took over the business and is now franchising, with 14 stores and growing. In 1977, daughter Pamela and Steve opened an Augie’s in Corry, Pennsylvania. Augie also set up a pizzeria for his brother-in-law Guido.

Even after his death in 1978, Augie’s hard work continued to pay off. Deborah and Daniel operated the original location, while Ohio-based Augie’s locations opened in South Russell in 1981 (now helmed by Deborah’s son Danny); in North Royalton in the early ‘90s (run by Deborah and her son Joseph); and in Independence in 2004 (overseen by a cousin, Ed Pesta). Another of Debbie’s cousins opened Lorenzo’s, while the original Augie’s is now a Teresa’s, run by a nephew. “It’s amazing how all of these pizzerias were made from one man—who died too young, at 57—but he worked seven days a week, with no vacations,” Deborah says. “In this business, you have to work hard, enjoy it and embrace it.”

Though Augie and Mary grew successful businesses with stellar reputations, his progeny learned well his lessons of hard work, dedication and giving back. All of the pizzerias remain active in their communities though work with charities, local sports teams and schools—and through their employees and customers, whom they consider family. “We carry on Augie’s traditions with great pride,” Daniel notes. “When a customer gets his order, one of us is there to make sure it’s done right and talk to the guest. We can’t be perfect, but we want everyone to see we want to be perfect.”