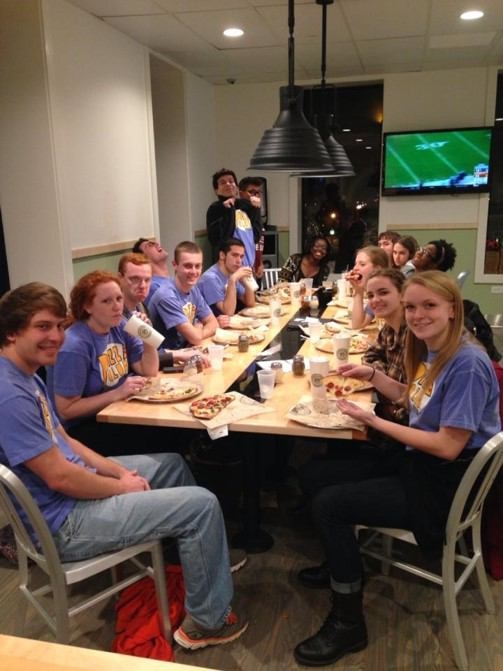 Who needs science or biology when you can belong to The Pizza Club?

That was the thinking behind a popular club at Auburn University that began four years ago and just disbanded last fall due to most of its members graduating, according to The Auburn Plainsman.

Club president Gurden Smith told the Plainsman, “I remember freshman year, people are aggressively friendly because they are desperately trying to cling onto people they can know before everyone stops being friendly and has made their friends. What I appreciated about Pizza Club is that we were trying to essentially stop that and bring back the ability to make friends any time of year because there wasn’t any sort of barrier to entry in terms of you have to play certain sport, you have to have a certain interest, it was just pizza and like there’s very few people I know who don’t like pizza.”

The club met every two weeks, and members were even given discount cards that worked at area pizzerias, according to the story.

While the Office of Student Involvement has offered to help find a new president for the club, Smith, who was the first and last club president, told the Plainsman, “Starting this club took a lot of work out of us, and me personally; my heart’s tied to this club. If I were just to hand this off to anyone, and they take it off in a direction that could easily be detrimental to the name, I would not necessarily find that to be the best fate for Pizza Club.”

So, if there are any pizza lovers out there attending Auburn University, reach out and toss your hat in the ring. We hate to see a great group like The Pizza Club have to end.

PMQ also encourages other universities to start similar clubs and pizzerias to support their efforts.