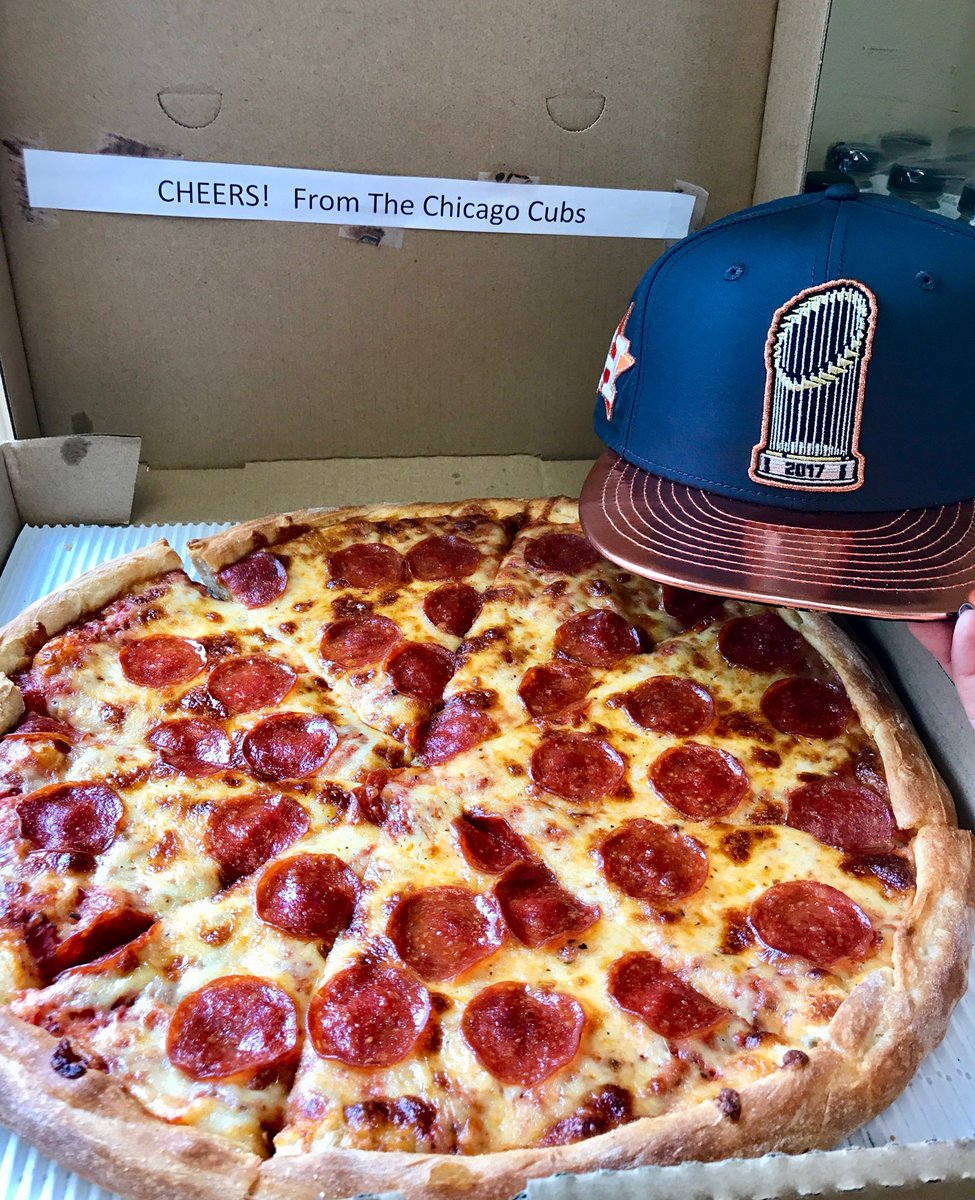 It's a tradition started by the Red Sox in 2014–the former World Series winners send pizzas to the new winners.

Last week, the Cubs kept the tradition alive when they sent 40 pizzas from Houston's Fuzzy's Pizza to the Astros, according to The Chicago Tribune.

While some on social media wondered why The Cubs didn't send Chicago-style pizza, it's the norm to have local pizza from the team's hometown delivered.

So it looks like it's not just the little league teams that get to have pizza when they win a big game. Something for all of those kids out there to look forward to in the big leagues!