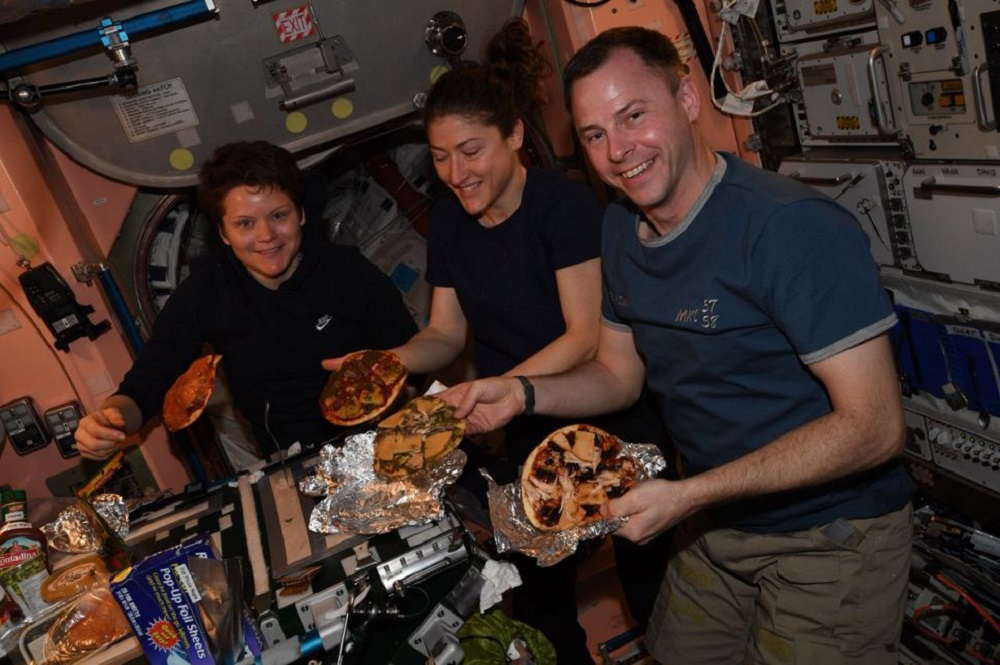 When you live in outer space, ordering pizza delivery is pretty much out of the question. Fortunately, the astronauts on the International Space Station (ISS) know how to make their own.

To reward themselves after a challenging week, four NASA astronauts living on the American side of the ISS threw a pizza party last Friday night and tweeted out photos of their meal.

“A long week of hard work and spacewalk prep calls for a pizza party,” astronaut Nick Hague tweeted. “Making pizza in space is similar to making pizza on Earth. The only difference is our ovens look a little different, and our pizza can float!” 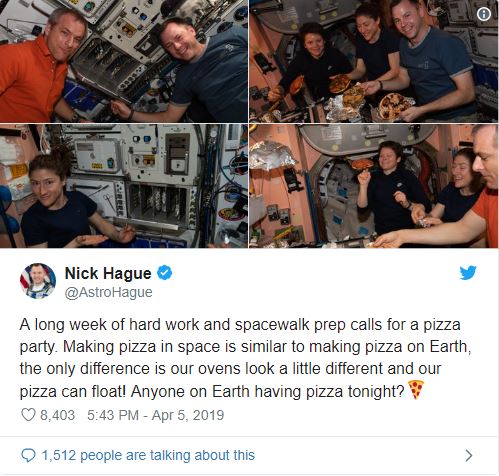 The team was getting ready for an April 8 spacewalk by NASA astronaut Anne McClain and Canadian Space Agency astronaut David Saint-Jacques, the first Canadian to walk in space in 12 years. They ventured out of the ISS to upgrade the station’s robotic arm so they could access a backup power supply.

According to Space.com, the astronauts are “stocked with a range of topping options. Because the crew members are operating in microgravity, their pizzas technically baked sideways (below)—but the meal still seems to have turned out to be tasty.” 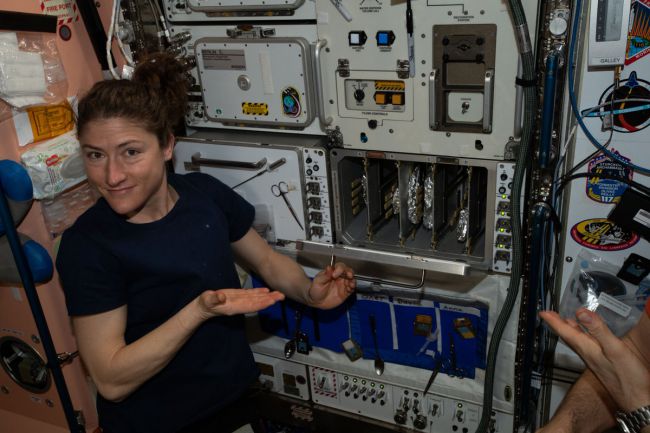