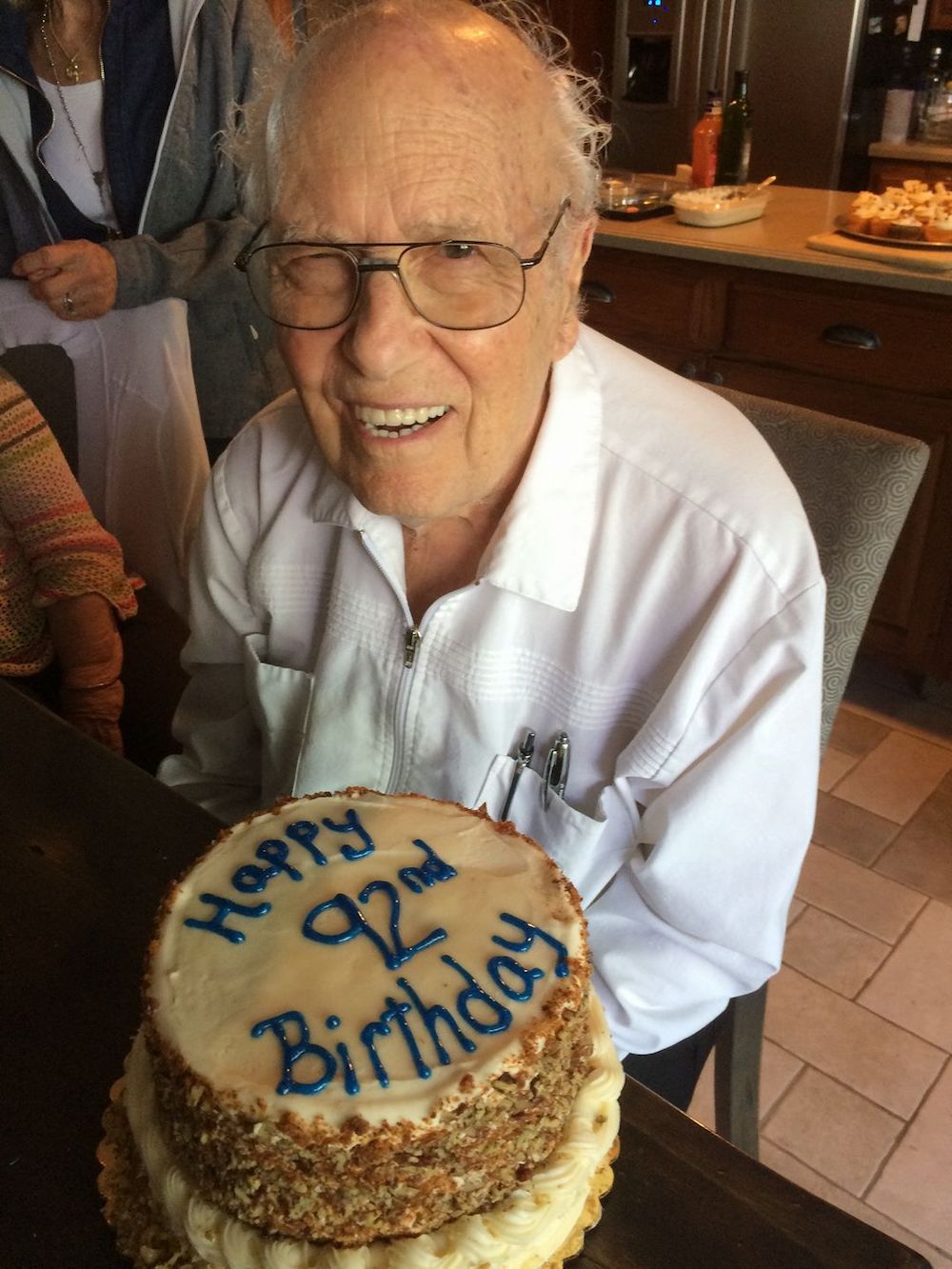 Arthur Galea on his 92nd birthday

Arthur Galea, the founder of G’s Pizzeria, with locations across Michigan, died last week at the age of 96, according to a post on the company’s Facebook page.

“With a very heavy heart, our family wanted to announce that our beloved father/grandfather, community leader and co-founder of G’s Pizzeria, Arthur Galea, has passed on from this earth and into heaven to be reunited with his wife of 63 years, Sharon,” the post stated.

“The loss of his life is a very difficult one for our family and all that knew him. He was the true definition of a man directed by faith, honor, and commitment! He lived a long and adventurous life of 96 years, being the leader of our family and beacon of our committed faith in Christ!”

Born on June 17, 1925, in Detroit, Galea served in the U.S. Navy in World War II and married Sharon Pattenson after receiving an honorable discharge in 1947. They opened the first G’s location together in 1983 in West Branch Township, Michigan. The company now operates seven stores across the state.

After Sharon died in 2010, Galea began honoring his late wife each year with a 400,000-light Christmas display at their home in West Branch. “My wife always did Christmas perfectly,” Galea told MLive in 2015. “Every tree, every ornament, every present she wrapped was just perfect. I don’t do this just to give my neighbors something beautiful to look at. I do this for her. I know she’s looking down on it with a smile.”

“He loved my grandma more than anything in this world,” Adam Galea told Mlive recently. “(After she died) he left the light on (at her makeup table) continuously and had fresh flowers there every day, still to this day.”