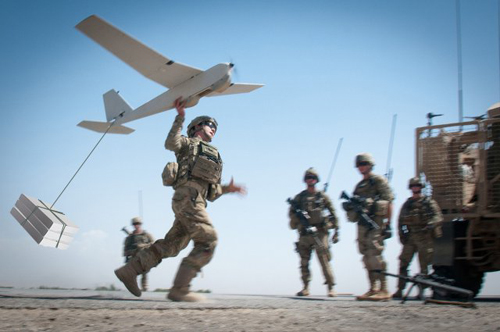 You might think it's a scenario out of a sy fi flick called Galaxy Troopers, but this 3D printed pizza plan will benefit U.S. military members in the not-to-distant future.

Army.mil reports pizzas made to order on 3D printers soon could be delivered by drones to hungry Soldiers at outposts across the globe.
According to researchers at the U.S. Army Natick Soldier Systems Center, the pizzas would be produced on specially designed 3D printers and flown to outposts while still hot. Natick researchers called it "an unexpected breakthrough" beyond the recently announced development of a Meal, Ready-to-Eat, also known as MRE, pizza, which has a shelf life of three years.

Read more about the military's space-age follow-on to MREs.